Her team’s graduation project, supervised by Dr. Reham Mohsen at October University of Modern Sciences and Arts (MSA), has paved an entirely new path in the world of medicine. It was conducted with colleagues Howayda Hisham and Ashraf Samir, after three months of research in Italy. The project won first place at the Young Scientists Workshop of Cancéropôle Grand Sud-Ouest Foundation, which was held in Paris from February 13 to 14, 2017.

In recognition of their achievement, Karim received an honorary award from the Egyptian minister of higher education and scientific research, Dr. Khalid Abdul Ghaffar.

The ministry has granted her a full scholarship for a master’s degree at the international university of her choice upon acceptance. She will also be able to choose the research center she wishes to work at upon her return to Egypt after her studies.

Karim’s project was the only one from Egypt in the list of the best top ten projects chosen by Cancéropôle Grand Sud-Ouest Foundation.

This was the fourth edition of the foundation’s annual two-day coaching event devoted to around 40 young researchers.  It involves presentations and discussions on recent findings and future projects in the field of nanomedicine in cancer.

The format of the meeting was expressly designed to foster exchanges and communications between junior and senior scientists and to strengthen research networks between labs.

The workshop aims to help young researchers improve their ongoing projects and enhance the quality of their future publications. Selected candidates had the opportunity to present and discuss their work with keys opinion leaders in the field.

Ten young researchers were invited to attend the workshop and benefit from such a unique experience. Selection was based on the scientific quality of the projects and the candidates’ resumes.

They had the opportunity to present their projects and attend a training session on publication strategies provided by Sébastien Lecommandoux, associate editor at Biomacromolecules (ACS Publications). 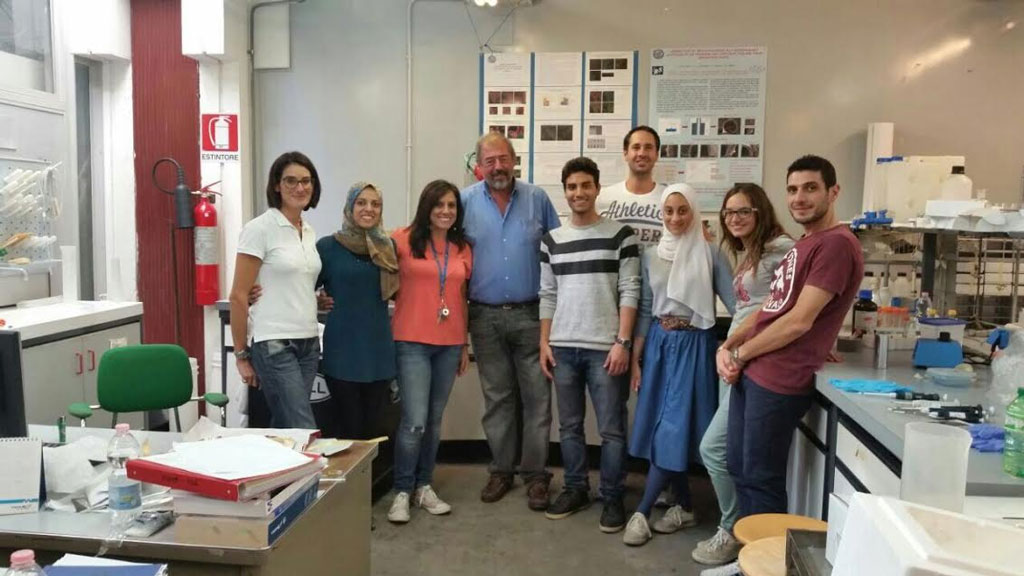 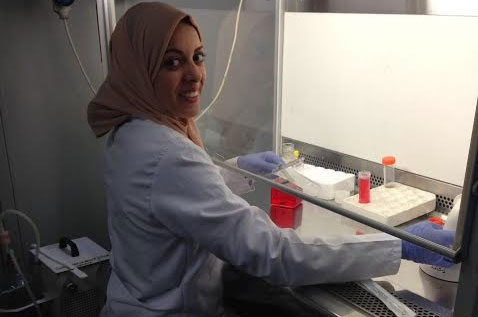 “This is the youth spirit that inspires officials and gives them a boost of positive energy,” said Minister Abdul Ghaffar during a meeting with Karim in his office.

The minister told MSA University News that Egypt hopes to make use of student creativity and that the ministry will make all possible facilities available to students so they can play a role in the country’s progress and prosperity.

“Words can’t express what I felt when they announced my name for winning first place,” Karim told MSA University News. She pointed out that ten professors were interested in her research project and they had a long 45-minute conversation with her.

The team’s supervisor, Reham Mohsen, who is also a visiting professor at the University of Greenwich in England, said, “By winning the first place in such a global conference for young scientists, Nancy has surpassed all participant graduate students from countries such as USA, China, France, Italy, Germany and the Netherlands.”

She added, “Nancy explained our joint research with universities in Egypt and abroad and we also have research collaboration with the University of Palermo in Italy in an attempt to deliver medication directly to cancer cells without affecting normal cells.”