Jumada-at-Thania is the sixth month in the Hijri Calendar and it’s also known as Jumaada al-Akhir.

The Astronomical New Moon (conjunction) of Jumada-at-Thania of the Hijri year 1438 is today 26 February, 2017 at 14:58 UT. The moon won’t be seen anywhere in the world. Technically, that’s because today is an Annular Solar Eclipse which means that the triple of Earth, Moon and Sun will be in a straight line in front of each other exactly.

The Hijri Calendar is a lunar calendar; meaning that months begin when the first crescent of a new moon is sighted.

Since the Hijri Calendar year is 11 to 12 days shorter than the solar year, all Hijri months including Jumada-at-Thania migrates throughout the seasons.

Tomorrow on 27 February, the new crescent can be seen in western Asia, Africa, parts of Europe and Americas. While on Tuesday 28 February, it will be insha’allah visible in the rest of the world.

The fire ring, the main phase of this annular solar eclipse, will be visible along a narrow path stretching from the southern tip of South America to Angola in Africa, weather permitting. In the surrounding areas, people will see a partial solar eclipse.

Astronomers calculated that the magnitude of this eclipse — the ratio of the Moon’s apparent diameter to the Sun’s — is only 0.9922. So this event will be very nearly a Total type and only barely Annular. It’ll be a dramatic sight along the centerline, as the ring at mid-eclipse will be no more than about 15 arcseconds wide.

Observe the eclipse LIVE online. The eclipse starts at 12:10 UT and finishes at 17:35 UT, however, the culminating ring in this long event will last for at most 44 seconds. 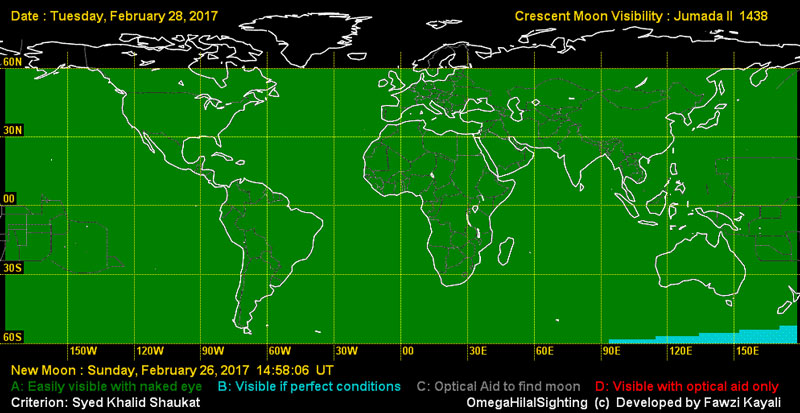 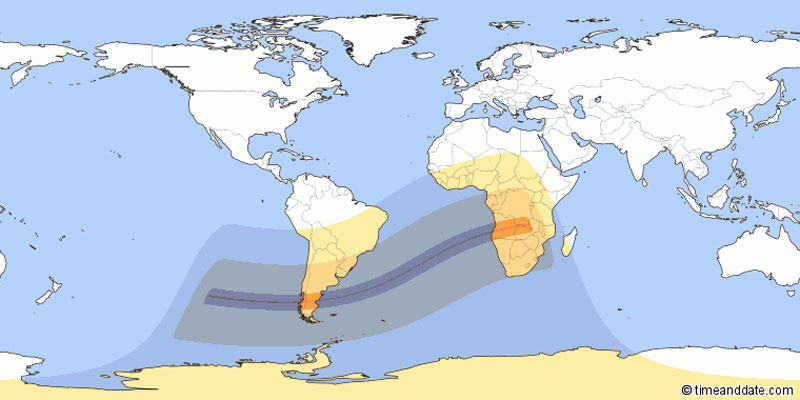