Who will pay the price of degraded environments and ecosystems?
aaa

The earth’s ecosystem is on the brink of disaster warned a report commissioned by the UN a few years ago, funded by the World Bank, conducted by over 1,300 leading scientists from 95 countries, and launched at the Royal Society.

Yet, despite its impeccable science, which pinpoints the problems with expert precision, the report appeared to offer few solutions to this crisis.

Despite all the resources, as well as the expertise and lobbying capacities at the disposal of its institutional sponsors, little practical guidance is given as to how we might respond to the impending environmental catastrophe.

As with efforts to tackle climate change, the impression is that of the powerful “fiddling while Rome burns.” And as the report itself clarified, it is the poor and the animals of the world that will pay the price of degraded environments and ecosystems, while the rich and privileged will remain blissfully unaffected.

The Millennium Ecosystem Assessment (MA) Synthesis Report estimates that up to 60% of the ecosystems that support life on earth are being degraded or used unsustainably. As the report made clear, most of this damage has been done in the last 50 years.

“Human activity is putting such a strain on the natural functions of earth that the ability of the planet’s ecosystems to sustain future generations can no longer be taken for granted,” the report said.

Between 1960 and 2000, the world population doubled from three billion to six billion, and in 2011 human beings reached 7 billion.

At the same time, the global economy increased more than six-fold, the production of food and the supply of drinking water more than doubled, and the consumption of timber products increased by more than half (Conner).

Over-extracting Resources is Threat to Environment

A whole range of environments are now under threat as a result of the pressures of the increased extraction of resources.

Drylands, which account for over 40% of the worlds surface, have been particularly badly damaged, but so too have wetlands, forests, savannahs, estuaries, coastal fisheries, and other crucial habitats that recycle air, water, and nutrients for all the creatures on this earth.

The international report noted that more land has been cleared for agriculture in the last 50 years than in the previous two centuries, and 24% of the earth’s surface is now under cultivation. Water withdrawal from lakes and rivers has doubled in the last 40 years.

There is now between three and six times as much water held in manmade reservoirs as there is flowing naturally in rivers, and at certain times of the year, many rivers run dry before they reach the ocean (Radford).

Fish stocks are over-harvested to such a degree that an estimated 90% of the total weight of the ocean’s large predators—tuna, swordfish, and sharks—have disappeared in recent years. Mangroves and coral reefs have suffered huge devastation.

Moreover, the report identified areas that are likely to be key “tipping points,” pushing an ecosystem into irreversible decline. One crucial trigger is the amount of nitrogen and phosphorus released into the environment.

As a result of using farm fertilizers, the amount of nitrogen and phosphorus has doubled since 1960. It causes massive blooms of algae in freshwater and marine environments and can destroy entire ecosystems almost overnight.

The effects of these impacts represent a massive assault on the earth’s biodiversity. Scientists have documented about 100 species that have become extinct over the past century, but many believe the real rate at which animals and plants are dying off is about 1,000 times higher than natural, background levels (Conner).

An estimated 12% of bird species, 25% of mammals, and more than 30% of amphibians are threatened with extinction within the next century.

The distribution of species across the world is becoming more homogenous as some unique animals and plants die out and other alien species are introduced into areas in which they would not normally live. Plants are also prey to the irresistible advance of homogenization.

“Currently 80 percent of wheat areas in developing countries and three-quarters of all rice planted in Asia is now planted with modern varieties,” the report showed. 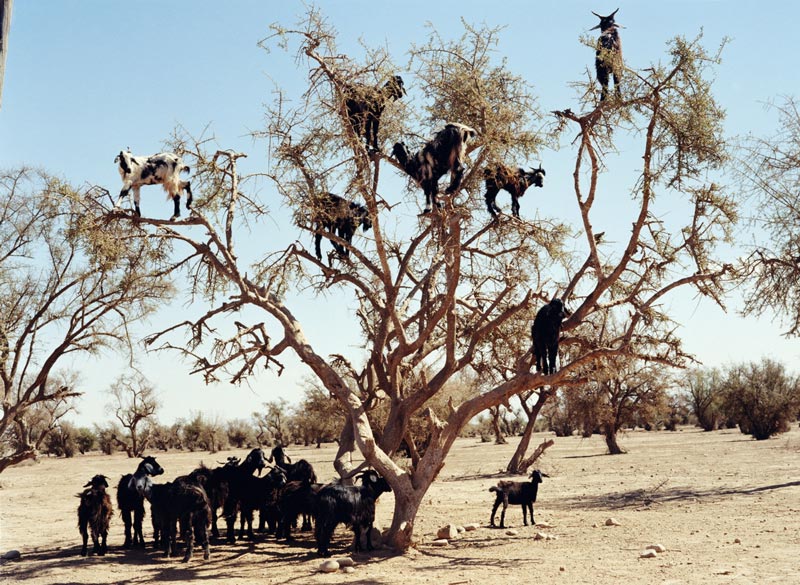 There is little comfort in the fact that the world is far more likely to see the localized destruction of ecosystems rather than wholesale environmental collapse—at least for those living in vulnerable areas.

The report clarified that it is the world’s poorest people who suffer most from ecosystem changes.

Deforestation is also likely to increase human pathogens such as malaria and cholera, as well as the risk of the emergence of new diseases.

In sub-Saharan Africa for example, malaria accounts for 11% of the disease burden. Had it been eliminated 35 years ago, the report notes, the continent’s gross domestic product would have increased by 100 billion US dollars.

The report draws attention to the dearth of significant policy initiatives to counter these trends. “The challenge of reversing the degradation of ecosystems while meeting increasing demands can be met”, say its authors, “under some scenarios involving significant policy and institutional changes. However, these changes will be large and aren’t currently under way.”

They issue a stark warning, arguing that we “require radical changes in the way nature is treated at every level of decision making and new ways of cooperation between government, business, and civil society. The warning signs are there for all of us to see. The future now lies in our hands.”

Yet it is hard to see what specific policy frameworks they advocate that would enable us to treat nature in the radically different way they recommend.

The report cautions against our arrogance in seeing “nature’s services” as free and limitless and argues that “we must establish policies that require natural costs to be taken into account for all economic decisions.”

But this position is hardly credible from researchers whose organizations have been involved in the increasing commoditization and destruction of nature.

The World Bank for example has been involved in countless “development” projects such as dams that have caused environmental degradation; and environmentalists routinely point to the ways in which creating a market in carbon emissions has done nothing to curb them.

More information on the environmental damage caused by World Bank funded projects can be found at the International Rivers Network; the Environment Network of the European Public Health Alliance (EPHA) highlights the problems of creating a “trade” in carbon.

The problem is encapsulated in the language used to describe the natural world. To say nature provides human beings with “services” is to delude ourselves that our relationship of complete dependence on the natural world is a transaction we enter into.

Yet it is the absolute basis of our dependence that means we have to think of the natural world as “free,” as a public good that cannot be bought and sold.

Until that acknowledgement is placed at the heart of our initiatives, attempts to take into account natural costs will merely create more markets and lead to further inequity and degradation.

Most critically, we need to cease to think of the world solely in terms of the commodities that can be extracted from it and begin to think in terms of beings that can be sustained in it and of its own sustainability.

Paying for natural costs should then include the harm we do to the sustainability of the natural world, as well as cruder tallies of the immediate costs of producing and consuming goods.

Do the powers that be have the political will to tackle the solution? By their own admission, it seems not. Instead, we are likely to see further increases in the commercialization of resources on the one hand, and increasingly poverty-stricken and degraded environments on the other.

While it seems obvious that both scenarios are products of each other and both are blatantly unsustainable, as the report outlines, the poor world lacks the resources to take this fight to a rich world willing to close its eyes and tolerate the double standards.

This article was first published in May 24, 2005 and is currently republished for its importance.