This short treatise deals with the father of humankind, Adam (peace be upon him), his fall from heaven and his coming to Earth.

The Quran has elaborated the events of his life in many places.

Due to the length of time that has passed since the time of Adam, information surrounding his life is engrossed in the unknown past and as such, there is no solid and authentic source to get that information about his life except the Quran and Sunnah.

What the anthropologists say are nothing but assumptions and imagination rather than historical facts which the Quran and the Sunnah provide.

Only Allah Almighty knows about it and Prophet Muhammad (peace be upon him) was informed about it to the extent of what Allah wanted to reveal to him.

We can depend on the information from these sources and that which has been extracted from these two sources – such as what is found in the works of Imam ibn Kathir.

According to a narration reported by Al-Bukhari, there were ten generations between Adam and Nuh (peace be upon them) and all of these generations were Muslims. (Al Bidayah wa Nihaya, ibn Kathir, Vol. I, p. 118). 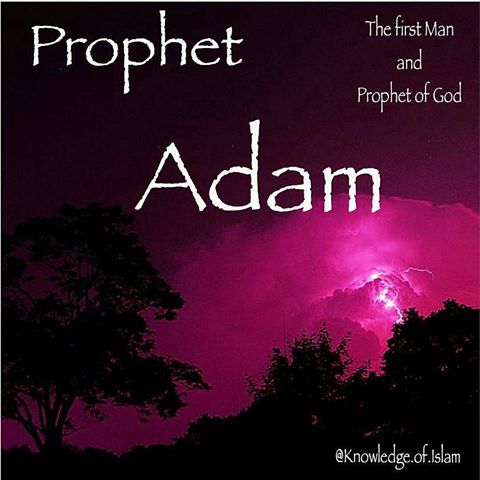 In the book entitled, “Islam: the Primordial Religion” which I am writing, I have explained these facts in details. I have established that Adam (peace be upon him) was the first Muslim on Earth and he was a Prophet.

Where did Adam put his feet when he landed on Earth?

He descended in the mountains of Ceylon – or Sri Lanka – known in antiquity as Sarandeep (The Island of Diamonds).

I myself tried to climb that mountain and get to the top of it where exists, according to popular legend, the stone on which the feet of Adam (peace be upon him) when he landed on Earth from Heaven is inscribed.

Some people say there is a place in Jeddah in Saudi Arabia by the name of Adam and Hawa (Eve). That does not counter my claim. It is very possible that Adam might have come from Ceylon to Makkah.

When Habil and Qabil (Cane and Abel) quarreled with each other (resulting in the murder of Habil by Qabil), Adam (peace be upon him) had gone to Makkah to complete the pilgrimage, Hajj (Al Bidayah wa Nihaya, ibn Kathir, Vol. I, p. 144).

At the time of Noah’s flood, Allah raised the Ka’bah and saved it from the punishment that fell upon the people of the Earth. It remained in the heavens as a center of circumambulation. Then, Prophet Ibrahim recovered the traces of its foundations and built a new House of Allah upon that foundation (Tafsir ibn Kathir – Al ‘Imran, verse 96).

Ibn Jareer, The Great Mufassir (Exegete) of the Quran mentioned:

Allah said to Adam: There is a Haram around My Throne, so circumambulate around it. Hence, Allah sent an angel to teach Adam the rites of Hajj.

All the places Adam stopped at during his journey from Ceylon to Makkah became cities. Moreover, Ibn Kathir said that the Ka’bah was built first and then the Earth was spread around the Ka’bah and hence the Ka’bah was in fact the center of the Earth.

Ibn Kathir explained that towards the end of his life, Adam (peace be upon him), returned to the mountain on which he descended and was buried there. There is nothing in this that should be difficult to accept. He probably returned from Arabia to Ceylon.

Adam (peace be upon him) lived for a thousand years, and his progeny spread throughout the Earth. His children and their children were spread throughout Ceylon, Arabia and perhaps India as well, populating humankind all over the Earth and actualizing the Quranic verse: