1- Al-Aqsa mosque is the only mosque mentioned in the Quran after the sacred mosque in Makkah.

It was the place where the Prophet Muhammad ascended to heavens in the Night Journey. God said:

Exalted is He who took His Servant by night from al-Masjid al-Haram to al-Masjid al- Aqsa, whose surroundings We have blessed, to show him of Our signs. Indeed, He is the Hearing, the Seeing. (Qura 17:1)

2- It is One of the Three Most Sacred Mosques. 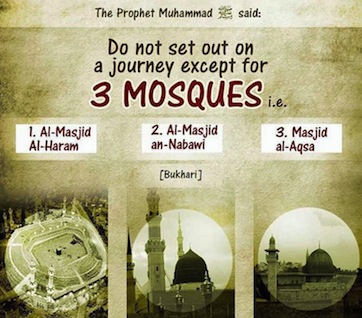 3- It is the second Mosque built on Earth.

It was built Forty years after the Ka’bah. Narrated Abu Dhar:

“O Allah’s Messenger! Which mosque was first built on the surface of the earth?”

“Which was built next?”

“The mosque of Al-Aqsa (in Jerusalem).”

“What was the period of construction between the two?”

“Wherever (you may be, and) the prayer time becomes due, perform the prayer there, for the best thing is to do so (i.e. to offer the prayers in time). (Al-Bukhari)

4- Al-Aqsa mosque was the First Qiblah that Muslims were ordered to pray towards prior to Ka’bah. 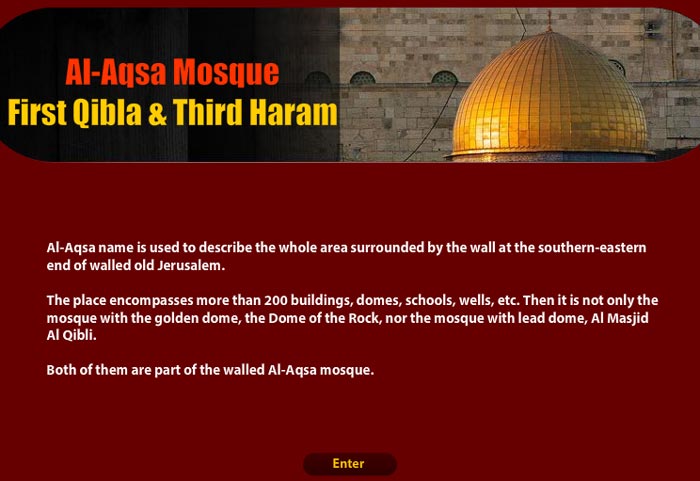 5-The Prophet led all the earlier prophets in Prayer in Al-Aqsa mosque at Jerusalem. 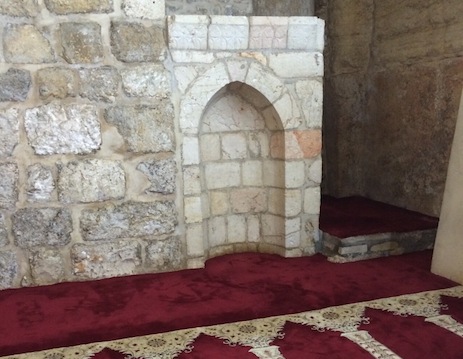 7- During the time of the Romans, the Masjid had become a garbage dump.

When Omar conquered Jerusalem, he cleaned it. 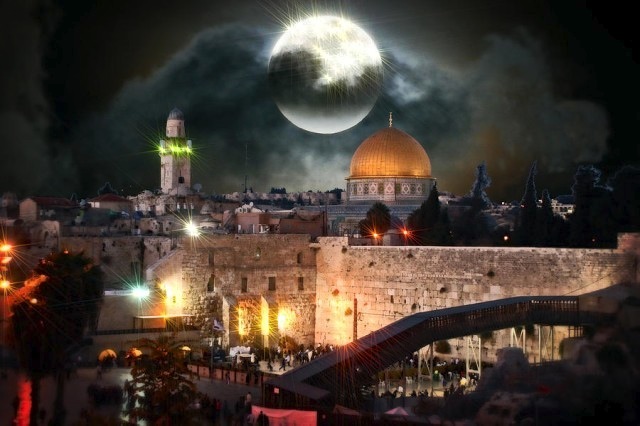 “Al-Masjid al-Aqsa is the name for the whole of the place of worship built by Sulayman (peace be upon him). Some people started to give the name of al-Aqsa to the prayer-place which was built by ‘Umar ibn al-Khattab in front of it.

Praying in this prayer-place which ‘Umar built for the Muslims is better than praying in the rest of the mosque, because when ‘Umar conquered Jerusalem there was a huge garbage dump on the rock, since the Christians wanted to show their scorn for the place towards which the Jews used to pray.

So ‘Umar issued orders that the filth be removed and he said to Ka’b: ‘Where do you think we should build a place of prayer for the Muslims?’

‘O you son of a Jewish woman! Are you influenced by your Jewish ideas! Rather I will build it in front of it.’ (Source)

8– Saladin saved Jerusalem and its Christian, Muslim and Jewish inhabitants from the slaughtering of the Crusaders in 1187. 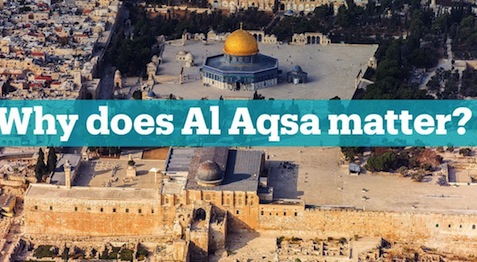 Do not set out on a journey except for three Mosques i.e. Al-Masjid-AI-Haram, the Mosque of Allah’s Messenger, and the Mosque of Al-Aqsa, (Mosque of Jerusalem). (Prophet Muhammad)