The hot and dusty plains of the Middle East have always created an environment in which endemic diseases of the eye such as trachoma and ophthalmia are unusually prevalent. During the Middle Ages, blindness was the leading cause of disability throughout the Islamic world, and an extensive specialist literature developed in medieval Islamic medical art.

Nearly every medical compendium had chapters on eye diseases, but the most comprehensive coverage was provided in a large number of monographs devoted solely to the subject. Thus, through their daily practices and gradually improved techniques, Arab physicians and oculists attained a level of proficiency in understanding and treating the diseases of the eye that would not be matched by anyone else in the world for seven centuries.

Hunayn bin Ishaq’s 9th Century Ten Treatises on the Eye was one of the earliest and most influential of these, and correctly described the process by which light enters the eye and allows vision to occur. Every aspect of his theory of sight was correct except that Hunayn did not realize that the eye receives an inverted image that the brain turns 180 degrees. 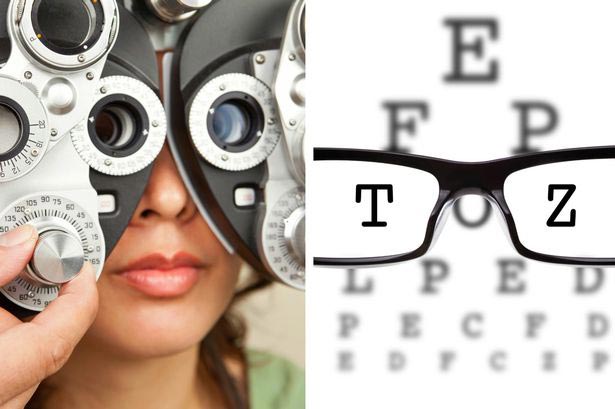 Among the most highly regarded eye disease manuals was that of 10th Century Baghdad physician, Ali ibn Isa, Dhakhirat al-Kahhalin (A Thesaurus for Ophthalmologists), which, in covering 130 eye ailments, was the first comprehensive summary of ophthalmology.

His contemporary, Ammar ibn ‘Ali al-Mawsili, penned a treatise on eye diseases that only discussed 48 diseases, but contained clinical cases and adaptations of surgical instruments, including a hollow cataract needle that he maintained could be used to remove a cataract from the eye by suction, thus avoiding the “aqueous calamity.” Later ophthalmologists mention this hollow tube, and the removal of a cataract in this manner was said to have been observed by the oculist and historian, Ibn Abi Usaybi, in about 1230 in the famed Nuri hospital in Damascus. Al-Mawsili was also the first to state that cataracts were due to the opacity of the lens of the eye.

The technique used most commonly by Arab physicians to treat cataracts was called couching, which consisted of pushing the lens of the eye out of the way by inserting a needle or probe through the edge of the cornea and into the eye. Infection and glaucoma were the major causes for failure of the procedure; still, despite only a 40% success rate, the technique gained ready acceptance, since the alternative of doing nothing invariably resulted in blindness.

A high degree of surgical and diagnostic skill was displayed in the treatment of trachoma, the major cause of blindness, and its sequelae: trichiasis, entropion and pannus. Trachoma, which is caused by Chlamydia trachomatis, an obligate intracellular parasite that falls somewhere between a virus and bacteria, is transmitted by flies. Arab ophtalmologists treated it by everting the eyelid and scraping its interior. Intricate surgical procedures were used for dealing with trichiasis and entropion (superfluous and ingrown eyelashes, and rolled-in eyelids).

During the 12th and 13th centuries, there was an unprecedented explosion of treatises on ophthalmologic issues. In Spain, Muhammad ibn Qassum ibn Aslam al-Ghafiqi wrote the Guide to Ophthalmology, complete with illustrations of ophthalmologic instruments.

In Cairo, Fath al-Dib al-Qaysi, one of a three-generation family of court physicians and, himself, a doctor to Saladin, penned the important Natijat al-Fikar fi ‘Ilaj Amrad al-Basar (The Result of Thinking About the Cure of Eye Diseases) in 1245. The treatise consisted of 17 chapters dealing with the anatomy and physiology of the eye, and the causes, symptoms, and treatment of 124 eye diseases and conditions, some of which he described for the first time. 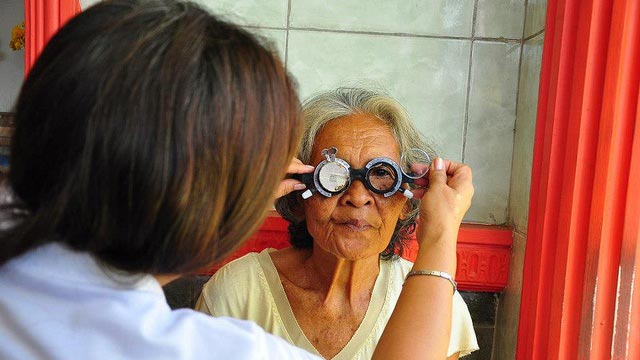 About a decade later, another comprehensive ophthalmologic manual was composed in Syria by Khalifah bin Abu al-Mahasin of Aleppo. These writings included a useful introduction to eye surgery and descriptions of eye operations. The last great medieval Arab ophthalmologist was Ibn al-Akfani ash-Shadhili of Egypt, who died of the Black Death in 1348. His book, Kasuf ar-Rayn fi Ahwal al-Ayn, was a summary clarification of all existing knowledge about the eye and ranked as the leading ophthalmologic treatise for the next three centuries.

Hand in hand with the concern for sight and the functions of the eye came an interest in optics. Arab medieval doctors, from the 12th century and onwards, used various lenses to correct defects in vision. Much of their understanding of optical properties was based on the work of an Egyptian mathematician and scholar, Abu ‘Ali al-Hasan bin al-Hasan bin al-Haytham.

Alhazen’s most important work is the comprehensive Kitab al-Manazir (The Book of Optics), probably the most thoroughly scientific, in method and thought, of all medieval works. In it, Alhazen developed a broad theory that explained vision, using geometry and anatomy. He rejected the theories of Euclid and Ptolemy that vision results from a ray leaving the eye and reaching the object. Instead, he postulated correctly that each point on a lighted area or object radiates light rays in every direction, but only one ray from each point, which strikes the eye perpendicularly, “and is transmitted there by the transparent body” – the lens. The other rays strike at different angles and are not seen. So profound and seminal was this explanation that it led George Sarton to call Alhazen greatest Muslim physicist and one of the greatest students of optics of all time.”

Alhazen also wrote On the Light of the Moon, which argues that the moon shines like a self-illuminating object though its light is borrowed from the sun. In On the Shape of the Eclipse, he describes the half-moon shape of the sun’s image, during eclipses, on the wall opposite a small hole made in window shutters – the first known mention of the camera obscura, or dark chamber, on which all photography depends.

Alhazen’s influence on European science after his death in 1040 cannot be exaggerated. Roger Bacon quotes or refers to him at almost every step in the parts of Opus Maius that deal with optics, and Part VI of the work is dependent on his earlier discoveries. Johannes Kepler’s study of light was dependent on his work as well.

In their pursuit of understanding and cures, these medieval Arab doctors and scientists laid the foundations on which modern ophthalmology, optics, and astronomy were built. Without their work, modern advances such as corneal transplants, radial keratotomy and the restoration of vision could never have come to pass. As in so many other endeavors, the modern world owes a debt to the medieval Arab minds that showed the way.