{ It is He who made the sun a shining light and the moon a derived light and determined for it phases – that you may know the number of years and account [of time]. Allah has not created this except in truth. He details the signs for a people who know.} (Surat Yunus 10:5).

It was reported by al-Haythami in ‘Majma’ az-Zawa’id’ (3/203) with a hasan chain that the Prophet (pbuh) said: “Winter is the best season for the believer. Its nights are long for him to pray in, and its days are short for him to fast in.”

So when is your shortest day of the year?

The winter solstice marks the shortest day of the year in terms of daylight hours. It’s the peak of the winter season astronomically, however, not the coldest period of winter meteorologically because of geographical and climatological reasons.

The winter solstice in 2019 for the Northern Hemisphere of Planet Earth will be on Saturday, December 21, at 11:19 p.m. EST or  Sunday, December 22, depending on your location and time zone.

At the same time in the Southern Hemisphere, that day will be the Summer Solstice marking the longest day of the year.

Linguistically, the word solstice means “sun stand” or “sun stands still”; pretty meaningful in describing the apparent path of the sun for observers on earth during this phenomenon. 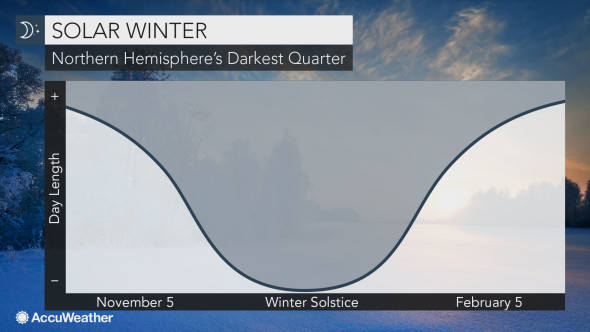