An “Object from Heaven”, “Star of the Paradise”,” The Black Stone” – such terms are used for Al Hajar Al Aswad.

It’s one of the most righteous and virtuous blessings by Allah with an overflowing source of bounty and munificence.

According to Islamic tradition, the stone was set intact into the Kaaba’s wall by Prophet Muhammad (PBUH) in the year 605 A.D., five years before his first revelation.

The Kaaba is a pre-Islamic shrine that was a sacred sanctuary and a site of pilgrimage of Semitic Nabateans who visited the shrine once a year to perform their pilgrimage.

It is commonly known as the Black Stone which is emplaced in the south eastern corner of Kaaba. Al-Hajar Al-Aswad and mounted with a wide, oval, silver frame so that the face exposed to view is about 20 x 16 cm. 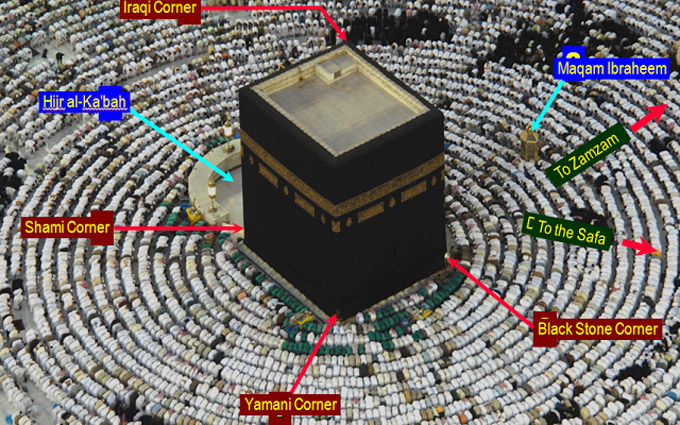 Some Muslims are more willing to believe that the Stone itself has some supernatural powers. They believe that this stone fell from the sky during the time of Adam and Eve, and that it has the power to cleanse worshippers of their sins by absorbing them into itself. They say that the Black Stone was once a pure and dazzling white and it has turned black because of the sins it has absorbed over the years.

The Black Stone was first mentioned in Western literature in the 19th and early 20th centuries by European travelers to Arabia, who visited the Kaaba in the disguise as pilgrims.

It’s very difficult to determine accurately the quality of this stone which has been worn to its present surface by the millions of touches and kisses it has received.

The Stone has suffered desecrations and significant damage over the course of time, a bizarre history which includes getting cracked, repaired, stolen and even burnt. It is perhaps the most venerated rock in the entire world. 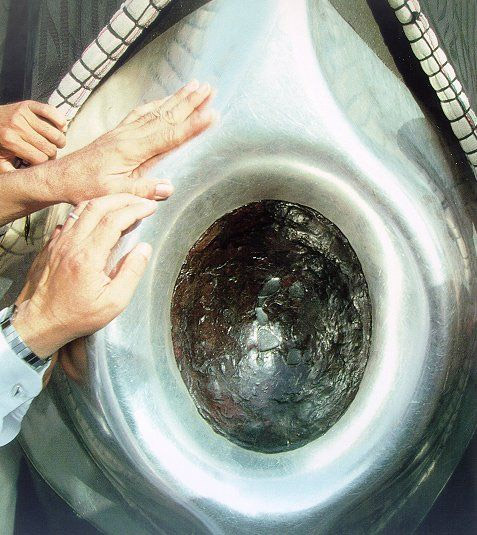 Many geologists across the world have tried their best to ascertain the type and nature of the Black Stone, but couldn’t achieve the ultimate findings because of cultural and religious restrictions which didn’t allow anyone to drill the stone for scientific purpose.

The nature of the Black Stone has been much debated. It has been described variously as basalt stone, an agate, a piece of natural glass or — most popularly — a stony meteorite.

Anthony Hampton and his team of geologists from Oxford University studied the local samples collected from the emplacement of the stone and found important quantities of iridium and many shatter cones, a rare geological feature only known to form in the bedrock beneath meteorite impact craters which favored the findings of Paul Partsch who published the first comprehensive history of the Black stone in 1857.

They also mentioned that the color of the stone is jet black and looks polished, which is the result of constant handling by the pilgrims, and this rules out again the possibility of a chondrite which wouldn’t withstand the constant rubbing nor would it take such a high polish.

At present, the Black Stone is comprised of eight small pieces of varying sizes, the largest one being the size of a date. Six (additional) pieces are found to be in Istanbul and Turkey.

In 1294 A.H. Al-Kurdi said that there were 15 visible pieces and some of the pieces were hidden under the putty with which the stone had been repaired, and whenever any piece became loose, they were attached to the top of the stone with wax, musk and ambergris which were kneaded together.

In 1980, Elsebeth Thomsen of the University of Copenhagen proposed that the Black Stone may be a glass fragment or impactite from the impact of a fragmented meteorite that fell some 6000 years ago at Wabar.

That impact site is located in Rub’al Khali Desert which lies 1,100 km east of Makkah.

At that site there are blocks of silica glass of white or yellow interior and gas-filled hollows which allow them to float in water which coincides with the property of Black Stone which floats in water and doesn’t get hot in fire.

On the contrary, a study by the United States Geological Survey have proved from Thermoluminescence (TL) dating analysis that the Wabar impact event occurred at or after 250 years from now, so surely the Black Stone wasn’t part of Wabar. 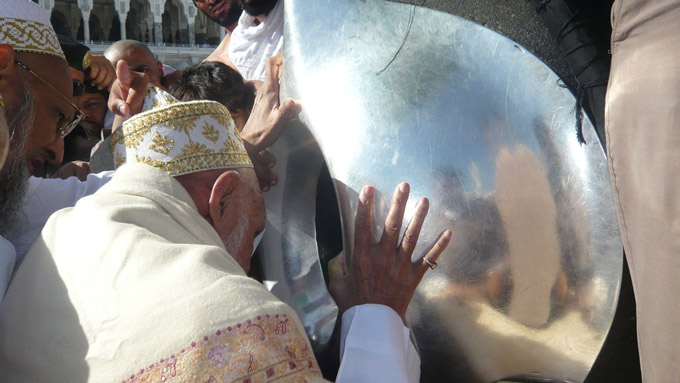 They also say that the Black Stone is probably obsidian from a common lava flow in one of the Harrats (volcanic fields) found in the western Arabian Shield.

Harrat Rahat, which lies just east of Madinah Al-Munnawarrah, erupted last around 1270 AD (anno Domini), and among other things flowed west towards Madinah and then down (northwards) the big Wadi to the east of the city where the modern airport lies.

It’s not unreasonable to think that lava at some point in western Arabia encountered water and solidified to obsidian.

There are lots of glass fragments from the Wabar impact event at the site. They are so dense, in fact, that they serve effectively as a lag-gravel and have anchored the pre-impact dune surface at the site.

Probably 99.9% of the incoming iron asteroids were converted into this glass, which is 10% iron-nickel and 90% local sand from chemical analysis.

The glass does have fragments of white impactite (instantaneously-formed quasi-sandstone from the shockwave) in it, but the surface is always extremely rugged and full of vessicles.

For this reason, the Black Stone is probably obsidian, though it could conceivably be a highly-hand-polished stony meteorite.

Nevertheless, geologists are still on their anxious seats to unveil about Al-Hajar Al-Aswad as there isn’t still any irrefutable scientific evidence.

It has been preserved as an Islamic relic and is used as a mediation to draw benefits and divine blessings from it. We dedicate our lives and beliefs to Allah and trust that Allah knows the best.