Hajj | An estimated 3 million pilgrims responded to this proclamation, traveling to the sacred city of Makkah for the performance of Hajj and ‘Umrah.
aaa

[And proclaim to mankind the Hajj. They will come to you on foot and on every lean camel, they will come from every deep and distant mountain highway.] (Surah Al-Hajj 22: 27).

About three million pilgrims responded to this proclamation, traveling to the sacred city of Makkah for the performance of Hajj. For many pilgrims, greyed by the years of sacrifice, their wait had come to an end. In fact, for others, this wondrous journey is about to commence again.

The Hajj, one of the five pillars of Islam, is performed by every Muslim with the financial and physical ability. With a sense of anticipation, pilgrims leave their families; traversing lands and seas towards the pinnacle of this life altering passage – the plain of ‘Arafah.

Pilgrims pour from Makkah toward Mina, Muzdalifah and ‘Arafah. In fact, this travel spans over a period of five or six days and unfortunately leaves behind a trail of waste.

Happily, i visited the plain of ‘Arafah years ago in February 2001. Fortunately, my happy heart was aching as I waded through mounds of discarded packaging and rotting food. How could this be?

This journey lifts the humbled human spirit and draws away the barriers of ethnicity, gender and class. In fact, it unites every soul with creation, in praise and glorification of the Most Merciful Creator.

As the number of pilgrims increases each year, it’s clearer that the impact upon nature, will become even greater.

For the government of Saudi Arabia, catering for the needs of millions of pilgrims is undoubtedly a difficult task. Efforts to meet and improve pilgrims’ health and safety, transport and accommodation continue unabated.

Additionally, this includes the Masha’el light rail system. It transports pilgrims between the rituals’ sites, a major project that the Ministry of Hajj has finished in 2012.

This initiative which will significantly reduce the carbon footprint of the Hajj should be commended. However, construction efforts, moving at neck-breaking speed, are altering the landscape of the sacred cities of Makkah and Madinah forever. 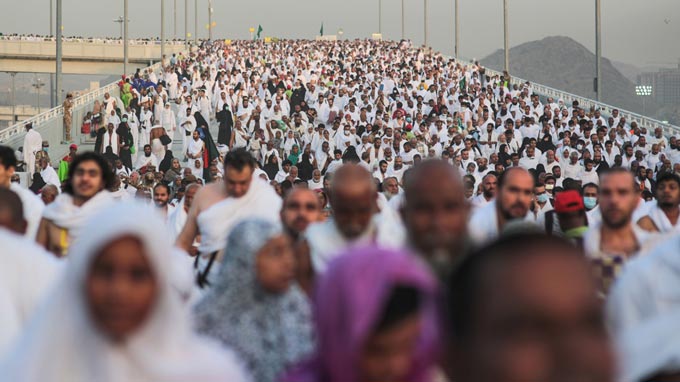 It’s imperative that authorities should pay attention to the impact on the Haramayn and their surroundings, proclaimed as inviolable sanctuaries in which injury and disturbance of wildlife, as well as native vegetation, is prohibited.

Hajj is a journey imbued with spirituality. In addition, it contains injunctions against the destruction of flora and fauna within the sacred precincts of the Two Sanctuaries.

According to authentic reports, the sacred precincts of Makkah were put in place by Prophet Ibrahim, as instructed by the angel Jibreel. Besides, the Prophet Muhammad (PBUH) designated the protected area in Madinah.

In addition, within the sacred precincts of the Haramayn, both the muhrim and non-muhrim are prohibited from cutting vegetation.

During the Hajj, the muhrim has to pay a penalty for killing game and removing vegetation while the non-muhrim incurs a sin, but need not pay a penalty.

In addition to these specific injunctions pertaining to the interaction with the natural environment, Allah exhorts pilgrims to refrain from unbecoming behaviour during Hajj (See Surah al-Baqarah 2: 197).

He, Most-High, also states that the best provision for the pilgrim is taqwa, the attitude of reverence and awareness of Allah, which should temper all human actions, including interaction with creation.

Today, hunting remains prohibited in the Haramayn but all other injunctions have been ‘suspended in practice’. Development, which should proceed with adherence to these ‘environmental’ standards, taking care not to damage or injure fauna and flora and preserving natural habitats as far as possible, is ravaging the natural environment.

Hajj potentially represents the opportunity to implement the ideal pattern of interaction between humans and the Creator, as well as with other humans and the non-human worlds. Hence, hajj should be a model of social, economic, political and environmental best practice.

In the words of Othman Llwellyn: “By demonstrating the highest standard of environmental excellence, as embodiments of harmony between humanity and nature and as an expression of human stewardship (khilafa), they have great potential to spread environmental consciousness throughout the Muslim world.” 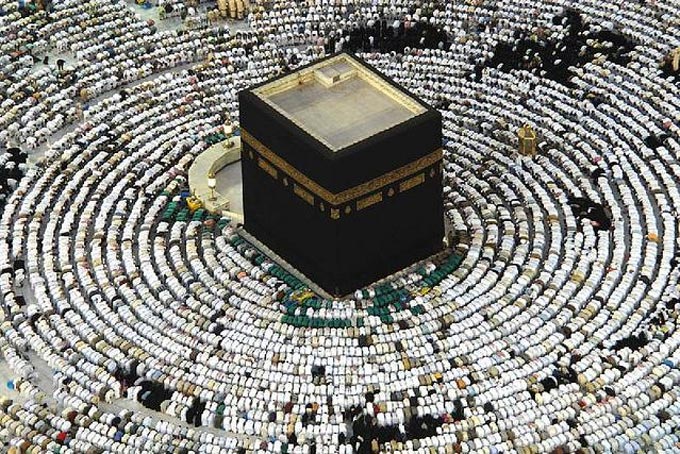 Both a revival of the exemplary ecological ethics of Islam and a rejection of the culture of conspicuous consumption and wastage is required. In fact, plastic packaging seems to ‘grow on trees’ in the Hejaz and all of ones purchases, from a misbahah (Arabic for Dhikr Beads) to a sajjadah (Arabic for prayer rug) come in a plastic bag.

Valiant efforts at waste management are made harder, not necessarily by the volume of pilgrims, but by the widespread attitudes of carelessness and extravagance. When one considers Islam’s emphasis on cleanliness, moderation and simplicity, heightened during Hajj, it is even more difficult to understand this attitude.

Therefore, it’s not surprising that one of the main priority areas of the burgeoning environmental movement in the Muslim world is the greening of the Hajj.

In the proposals of the seven-year action plan on climate change, which culminated in the Istanbul Declaration and the establishment of the Muslim Association for Climate Change Action (MACCA) in July 2009, creating a green Hajj was a priority area.

The introduction of rail transport is a noteworthy beginning. However, the intent of MACCA is to introduce a range of eco-friendly initiatives, over a 5 to 10 year period, which will reinstate the Hajj as a model of environmental behavior.

Media will spearhead raising the environmental awareness of pilgrims. According to Dr. Mawil Izzi Dien, a stalwart of the environmental movement in the Muslim world, is to help Muslims enter the “true spirit of Hajj”.

Gladly, respect for all life, and justice towards all of creation is a part of the pilgrim’s apparel at all times.

As pilgrims intensify and renew their commitment to implementing these principles both during and after Hajj, they should uphold the responsibility of caring for the earth, avoid wastage and excess, and refrain from harming the community of life of which we all form a part. Let there be no harm in this blessed journey!

This article is from Science’s archive and was originally published at an earlier date.