Allah has His ways of doing things. These are called in the Qur’an the sunnan of Allah. They are described as immutable and eternal.

There has been a debate within Islamic theology regarding the issue of natural “laws,” or more precisely, the issue of causality which is a prerequisite for the construction of natural laws. Scholars from Ash`ari school of theology, such as Abu Hamid al-Ghazali, denied the principle of causality, asserting that Allah is either acting directly or through the angels. This was done in order to uphold the omnipotence of God who, given a strict view of causality, would be subservient to the laws of nature, and, hence, would not constitute the ultimate reality.

Other schools, such as Mu`tazili school of theology, openly accepted the concept of a natural law. They differed from the materialists and naturalists in their belief that these laws were created by Allah and are not independent forces. Note that the different schools, despite the disagreements, firmly asserted divine omnipotence and that Allah is the ultimate reality.

Nevertheless, a close reading of, for example, al-Ghazali’s The Incoherence of Philosophers shows that he did not deny the appearance of causality to human observers. What is denied is the necessity of causality and its implication that Allah is acting by way of necessity and not by way of choice. Al-Ghazali, however, admitted that we can rely on causality, not because it is necessary, but because through repetition, it appears to be the way things happen.

Building on al-Ghazali’s idea, one can readily accept naturalistic explanations of what happens in the universe. These explanations are our human attempt to know how nature works. At the same time, we need to exercise enough humility to acknowledge our own shortcomings and to recognize the fallibility of our science.

This introduction is important because Muslims believe that Allah is the Creator of everything. He is the uncaused cause; the being who caused the universe to exist but he himself does not need anything for existence or subsistence. Allah has his ways of doing things. And the question of how Allah created things, or what his sunnan of creation are, is a matter that we can know through revelation and observation, or not know at all because of limitations of our power of reason. The next section deals with the nature of revelation.

Islam is based on Divine revelation; namely, the Qur’an and the authentic Prophetic traditions. These textual sources have a layer of meanings that is so self-evident and conclusive that no two persons of sound intellect and proper understanding of Arabic language disagree upon. This layer constitutes the foundations of the faith, the basic tenets of the Islamic creed, and the eternal and immutable core.

But Divine revelation is language and language is inherently ambiguous. Therefore, in addition to the definitive layer of meaning there are many speculative layers that are open to a process of interpretation to be undertaken in conformity to the definitives and the rules of logic and Arabic language. 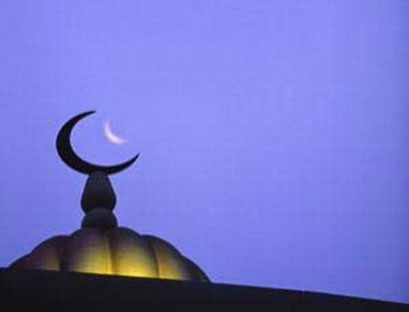 A question arises as to what we mean by chance. If we mean that things really take place haphazardly, then this would imply that humans are the blind byproduct of the evolutionary processes. That conclusion is in direct contradiction with the absolute divine wisdom, which means that Allah acts wisely and purposefully.

The Qur’an teaches us that life was created by Allah as a test for humans who have free will, i.e., the ability to choose. Humans are required to have iman (belief and conviction in and about Allah) and do `amal (i.e., have their iman reflected in a righteous course of conduct vis-à-vis Allah, fellow humans, and the environment). The creation of humans, and their existence on Earth, is a deliberate divine act not an unguided, purposeless event.

But chance can be understood as a methodology, i.e., as a way of describing observed systems. After all, it is absurd to assume that chance causes. Chance describes; chance doesn’t cause. Even in normal linguistic definitions, when we say that two persons meet by chance, we do not mean that they are acting haphazardly in life.

Given this understanding of chance, it is possible to consider evolution as the divine way of creating life on Earth, as we already accept the known law of gravity as a model for the way the cosmic order is held together. The validity of such consideration depends on two other steps, however; first, to understand the Qur’anic verses and prophetic traditions related to the story of creation in the light of evolution, and second to scientifically investigate the adequacy of evolution.

I am unqualified to undertake the task of checking whether there are plausible interpretations of the Qur’anic verses and Prophetic traditions that are consistent with the evolutionary account. This mission requires, as a first step, gathering together all the verses and authentic Prophetic traditions that pertain to the issue of creation. Instead, I only touch upon a couple of verses that are evoked to argue for the compatibility or lack thereof between evolution and Islamic texts.

The Qur’an says in (38:75) about Prophet Adam, whom I created with My two hands Though this verse is sometimes used as an argument against evolution, it does not categorically negate the possibility of the emergence of humans via some evolutionary process. The description created with My two hands can be a figurative expression of Allah’s special concern for this particular creation.

The existence of humans on Earth was not because Prophet Adam disobeyed Allah and ate from the tree. Allah wanted to create a deputy on Earth from the beginning. Adam and Eve in the Garden was training for the test of life. They were asked to enjoy the blessings of the Garden but to avoid the tree, which symbolizes the doable commandments of God. Because of the external temptations from Satan, and the internal weaknesses, they disobeyed Allah. It was a slip. They asked Allah for forgiveness and He forgave them. And the test of life began.

On the other hand, the Qur’an says in (2:30), The Lord said to the angels, ‘I will create a khalifah on Earth.’ They said: ‘How do You install someone one who makes mischief and sheds blood? While we praise your mercy and glorify Your Name’ He said, ‘I know what you do not know.’

Some people take this to mean that the angels were referring to already existing beings on earth that were spreading corruption, and that when Allah said “khalifah,” He was referring to a successor creation. Nevertheless, there are other possibilities such as that God made the angels know, or that they predicted, that a limited being with free will is likely to misuse or abuse his capacity to choose.

The word “khalifah” in the verse has multiple plausible meanings: khalifah of Allah, having the capacity to reproduce and produce khalifah, khalifah of some other beings, etc. And some scholars are of the opinion that it means all this simultaneously.

The point is that the verses that are often used by Muslims as clear-cut evidence for or against evolution are not conclusive. The Qur’anic language is rich with meanings and implications. In order to carry out the interpretive exercise properly, all the textual evidence must be gathered and analyzed objectively. 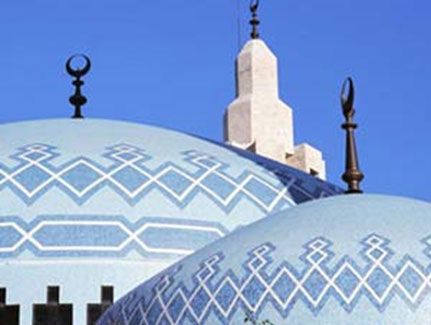 Evolution is a scientific theory that, before attempting to employ it to understand the sunnan of Allah in creation, should be investigated using the internal logic of scientific inquiry and well-established scientific methodologies. The most basic question is whether the theory of evolution really delivers an adequate explanation of the complexity of life. Given the space constraints of this article, it is impossible to discuss all the alleged evidence supporting the theory.

However, what is notable is that the theory has not provided any detailed account for the emergence of the complex organs, structures, and mechanisms observed in all living forms. This doesn’t mean that there are no partial attempts aimed at that objective, nor does it mean the falsity of evolution.

The root of this problem can be understood as follows. Assume that to have a structure fitted to the environment, the organism needs two changes. These two changes may be two point mutations or two modifications to two already existing structures that do different tasks and which will make them come together to perform a new function. Now the simultaneous occurrence of the two required changes, on the basis of Neo-Darwinism, has an extremely small probability. Serial occurrence, i.e., one change after the other, does not solve the problem.

Also, in the serial scenario, there is an additional problem if the occurrence of any of the two changes without the other causes a disadvantage to the organism. The Neo-Darwinian theory of evolution appeals to a series of slight successive variations under the presumption that, at every step, it is more likely that the occurring change would be beneficial to the organism, or at least not harmful. If that is the case, then it means that fitness as a function of the genetic makeup of the organism has a very special form of dependence that requires an explanation of its own.

What is more important than reaching a conclusive opinion regarding the relationship between evolution and Islam is to understand the nature of religion and science. Religion is defined by the language of divine revelation and addresses mainly the “why” questions, which are the most fundamental questions regarding our existence. The religious language has a clear-cut layer of meaning that is not open to interpretation.

For example, that Allah is one, that He is all-powerful and absolutely wise, that nothing is done by Him haphazardly or in vain, that nothing is beyond His control, and so forth. In addition to this definitive layer, there are many layers of meaning that open to interpretation. Interpretation itself is not a process without rules and regulations, and is constrained by the definitives, and the rules of logic and language.

Rejecting science out of hand is not a good practice. For Allah always describes the believers as “the people of sound intellect”. These are people who always ponder over the signs of Allah, and do not pay attention to science only when it appears to confirm their preexisting beliefs.

In addition, twisting divine truth to suit the fallible science and making false assertions about Allah, such as that He does not leave signs in the universe that challenge us to think, reflect, and respond in faith, are detrimental to both science, turning it into a dogmatic endeavor rooted in metaphysical naturalism, and religion, rendering it an irrelevant source of knowledge about ourselves, our universe, and our Lord.