QUEENSLAND – A local church in a Queensland mining town of Mount Isa has offered space in its parish building to the local Islamic community for use as a prayer room, becoming a symbol of religious unity where Muslims and Catholics pray just meters apart.

“Before we got a room over here we used to go to some other friend’s place or any other place — we used to pray there,” Jahed Chowdhury, a local Muslim who has been in Australia for the past 14 years, told ABC News on Saturday, November 5.

“So since we got this one, we come here all the time so that’s very fortunate for us.”

Chowdhury was talking about the Muslims’ new prayer room offered at the Good Shepherd Catholic church in the remote Queensland mining town of Mount Isa.

The Church priest, Father Mich Lowcock, said the room was offered after he noticed the absence of any prayer space for Muslims in the remote town. 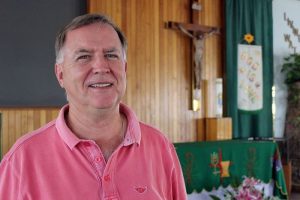 Father Mich Lowcock said the room was offered after he noticed the absence of any prayer space for Muslims in the remote town.

“Over the years a number of people have asked ‘Is there a place or a space in Mount Isa for a prayer room?'” Father Lowcock said.

“A couple of the people who I know fairly well approached me and sort of said ‘Is it possible for us to use one of the rooms?'”

Nevertheless, it was not an easy one in the current anti-Muslim atmosphere.

“I suppose one of the issues was, do you make it public?” he said.

“You don’t want any backlash against them or against us, and there have been some concerns raised by people — even someone from out of town has rung me about it.”

Chowdhury was aware of negative stereotypes often attached to his faith, and believed positive examples of religious harmony helped dispel the myth that Islam was dangerous.

“We invite other people in [from] different faiths, so … if they want they can come and join with us and they can see what we do and how we practice, and what the real Muslims are.”

“That’s what we want to spread — across the world — that Islam means peace,” he said. 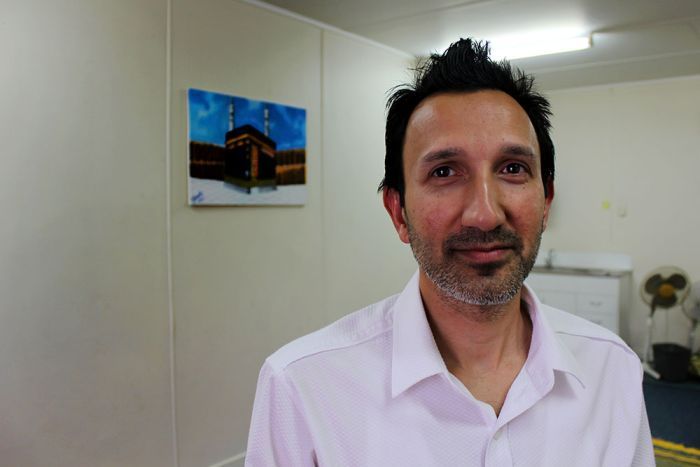 “Before we got a room over here we used to go to some other friend’s place or any other place — we used to pray there,” Jahed Chowdhury said

“Last Sunday I just looked around and there were 18 different nationalities I counted just at one of our services, and I think they’re only a part of the community of Mount Isa,” he said.

“The Islamic society too is made up of a lot of people from different countries.

“I know some Catholics are married to Muslims so there’s a whole sense of ‘How we do show support for one another?’ in this.”

“I think there was a bit of a surprise element for people and they wondered ‘Should we be doing that?'” Father Lowcock said.

“But I also think, in this day and age, [we need to] lead by some example, so we don’t just give way to the fears in our world, but we give way to what’s going to bring life.

“We live close together and in good harmony and that’s what we are human for. Regardless of the practice, we respect each other,” he said.

“All the religion is spreading the peace — nothing wrong with that, so we should love each other.”