HOUSTON – In Ramadan, many Muslims strive not only to abstain from food and water, but they also look for ways to increase their philanthropic giving. The American Muslim Fund offers them a convenient tool to do just that.

Muhi Khwaja is a co-founder of American Muslim Fund, and he explained how the organization works. Those who utilize American Muslim Fund’s services can set up Donor Advised Funds, which allow one or several individuals – usually a family – to collectively contribute to a fund, raising money which will then be donated to their chosen charities, non-profits or other groups and institutions.

“It allows you to give to multiple organizations through one mechanism,” he told AboutIslam.net.

The idea is gathering steam. Since summer of 2017, approximately 25 families have established Donor Advised Funds and more than $300,000 in charitable giving has benefited over 80 groups – schools, hospitals, mosques, food banks and museums among them.

Khwaja said he works with both donors and nonprofits to make sure those who want to give and those in need are connected.

“We make fundraising and donating easy for all involved,” he said.

“This is going to be a grassroots educational effort about why people should change the way they give.”

Khwaja, who has worked in the non-profit sector for years, including with The Red Cross, said the American Muslim Fund isn’t a unique idea, but it is one of the first of its kind to be affiliated with the Muslim community.

“A lot of other religious group have community foundations, but there’s not much in the Muslim space, so we wanted to replicate the process and increase our impact,” he said. 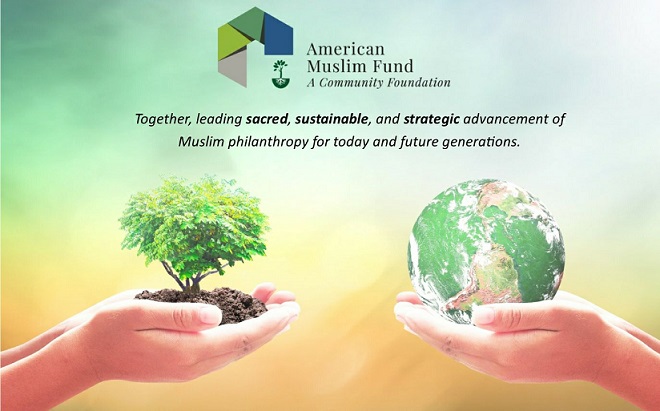 Along with a broader philanthropic impact comes a heightened awareness of American Muslims’ charitable giving, something Khwaja said is crucial regarding how Muslims are perceived in The States.

“If I or any other Muslim gives to an organization they’re not going to know it’s coming from a Muslim, but when you partner with American Muslim Fund you’re showcasing that the charitable gift is from the Muslim community.”

He continued, “Muslims aren’t an insular community. We participate in the grand tapestry of America and we’re supporting causes that we care about. One of the ways we can control the narrative of what Islam is through our good actions and through our giving.”

With Ramadan upon us, American Muslim Fund launched a campaign during the holy month with a goal of raising $50,000. With only a few days left in Ramadan, Khwaja said his organization is well on its way to meet its goal.

Khwaja added, if the $50,000 goal is realized, American Muslim Fund will receive an additional $5,000 from a family who has pledged the support.

But beyond Ramadan, Khwaja said his goals for American Muslim Fund are more forward-thinking. To that end, the organization is hoping to raise $5 million for its endowment by 2020.

“Our hope is by raising this money American Muslim Fund will become self-sufficient all while helping other nonprofits focus on accomplishing their missions,” he said.

For more information about American Muslim Fund or to donate, log on to www.amuslimfund.org.