NEW YORK – Muslim volunteers across the US gathered on Sunday, April 29, for the third Muslim Soup Kitchen Project (MSKP) event whose aim is to feed thousands of local families and individuals in need.

“National MSKP is a project that seeks to encourage as many groups as possible, both in the Capital District – as well as in other parts of the country – to come together once a year to plan and host a soup kitchen in their own towns or cities to help those in need,” the event’s website said.

“These soup kitchens are held on the same day all across the country, thereby helping to bring
to light the value of our Muslim communities, and the role that they play in making our country a better place.”

The effort, which began in Albany, New York, brings Muslim and non-Muslim organizations together to serve those in need.

Free meals were served at several different sites to foster unity and address the universal issue of hunger. 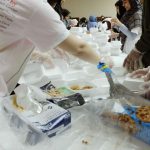 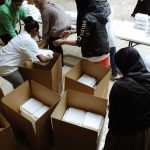 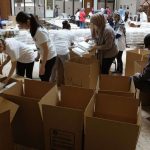 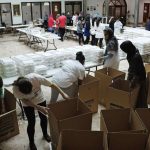 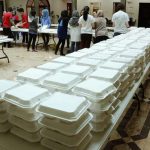 At the Al-Hidaya Center in Latham, New York, volunteers prepared 1200 meals that were served at five community meal sites in the Capital Region, Times Union reported.

More than 150 people volunteered for chores from food preparation, to cooking, to packaging and delivering.

“At the Muslim Soup Kitchen Project, we aim to become the mechanism that connects the generosity of our Muslim communities nationwide to the needs of those in our respective communities,” the site says.

“We need you to help us in this mission by tapping into the resources, the volunteer spirit and support systems that have always been a part of our communities.”