NEW YORK – Fear, frustration, and prayers it was not a Muslim are the first emotions Muslims experience after the news about any attack. Manhattan’s Tuesday truck attack was not an exception.

“My initial reaction was, obviously, concern and shock over what happened,” Umer Ahmad, a 43-year-old Muslim-American physician from New Jersey, told NBC News.

“And then, basically, I was wondering if it was a Muslim who did it.”

Ahmad was in his Trenton office when he heard that a rented pickup truck had deliberately driven down a bike path in Lower Manhattan, killing eight people and injuring about a dozen more.

The suspect was identified by law enforcement sources as Sayfullo Habibullaevic Saipov, an Uzbek citizen who has been living in the US since 2010.

A police officer on patrol in the area opened fire, hitting the suspect in the abdomen and ending what New York Mayor Bill de Blasio called “an act of terror.”

“My biggest concern is that he’s readily identified as a Muslim and then that is extrapolated out to my own faith,” he said.

Ahmad’s fears were shared by American Muslims who expressed concerns over how their religion would be perceived and whether Muslims would become targets of violence.

“There has been a history of, sort of, blowback, and that’s obviously going to be something that people think about,” said Ali Najmi, a board member of the Muslim Democratic Club of New York.

“But the primary concern is, usually, and is now, how we can best lend ourselves in this time of crisis.”

He also expected American Muslim groups to organize themselves to offer help to those affected by the attack.

“Their primary concern is about how we can be helpful and how we can help the victims and people in crisis,” he said. 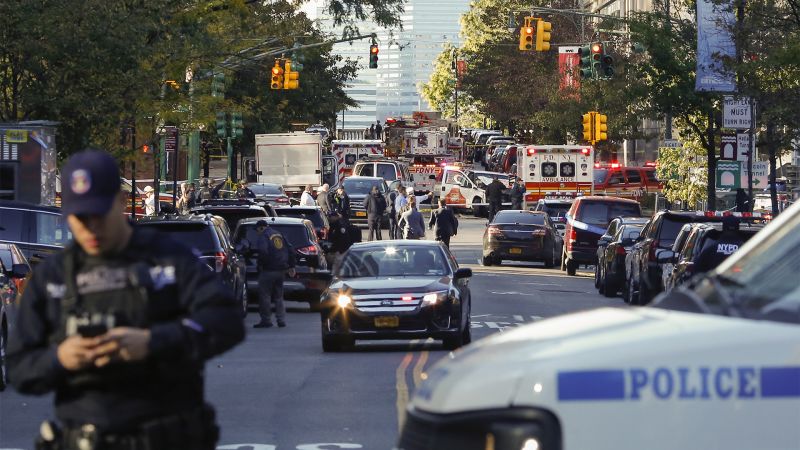 The New York chapter of the Council on American-Islamic Relations (CAIR-NY) condemned the attack, urging people to offer help.

Afaf Nasher, executive director of CAIR-NY said the focus of all Americans must be dedication to continued service — “service to what needs to be done for, number one, those that are attacked, but also just in general for the general community.”

“From our perspective as Muslim Americans, we are just incredibly heartbroken,” Nasher added. “And just thinking about the senseless blood that was spilled and thinking about the families who are now in mourning, it’s difficult to even talk.”

Though Muslims have been reaching out to end misconceptions about their faith, many had concerns about how political leaders would react to the attack.

“I feel I’m more worried about what the response from political leadership would be,” Ahmad, the New Jersey physician, said.

“Ever since 9/11, we’ve become much less insular,” he said. “We’re more prone to reaching out and letting people know who we are and basically trying to create those connections in our communities.

Nasher shared a similar opinion. “We as Muslims carry the responsibility to show what we say and what we preach, and that’s something we do every day,” she said.

Ahmad gave some simple advice: “Get to know a Muslim in your community, and maybe then you might have a different opinion.”