“The CAQ government has introduced this discriminatory legislation without engaging in any consultation whatsoever with impacted communities,” said Sarah Abou-Bakr, Quebec spokesperson for the Quebec office of the National Council of Canadian Muslims (NCCM).

“If this bill becomes law, Quebec Muslims will be facing a very different set of circumstances and socio-economic prospects than those around them.  Quebec is a democratic, progressive and inclusive society; yet this bill is regressive and is squarely against these core values,” she added.

Bill 21, ‘An Act Respecting Laicity of the State’ was tabled earlier today.

The bill would ban the wearing of the niqab, hijab, kippah, and turban for public servants, including teachers, school administrators, Crown lawyers, police officers, correctional officers, and others.

“Under the guise of secularism, this legislation is effectively a prohibition on wearing the hijab in the Quebec public service given the overwhelming number of people impacted will be Muslim women. Secularism is about the state protecting religious freedom for all Quebecers, and not coercing individual conformity to what the majority wants,” said NCCM Executive Director Ihsaan Gardee. 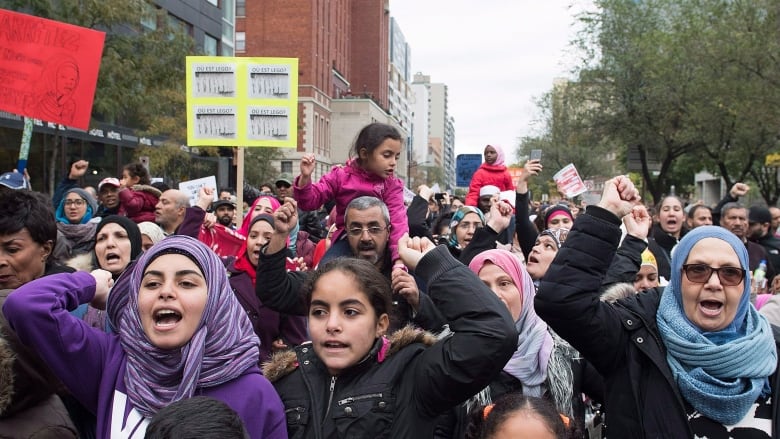 Abou-Bakr warned that the new bill will only entrench division in a growingly diverse Quebec society.

“Quebec is understandably trying to find a way to deal with an increasingly diverse society while still protecting its distinct Francophone culture. But removing the fundamental rights and freedoms of some Quebecers will only entrench division,” she said.

Today’s bill invoked the rarely-used ‘notwithstanding clause’ in an attempt to override future legal challenges to the legislation. But according to the NCCM, the fight to safeguard the rights of minority communities in Quebec has only just begun.

“The CAQ government’s use of the notwithstanding clause is a tacit admission that this bill would not pass constitutional muster.  The NCCM’s legal team is undertaking a careful review of the bill to determine what options exist to challenge this discriminatory legislation,” said Gardee.

The NCCM is an independent, non-partisan and non-profit organization that is a leading voice for Muslim civic engagement and the promotion of human rights.