It was a blisteringly hot day in Atlanta as Aroona Toor, a non-profit founder, and leader, hosted a remarkable gathering for her local Atlanta friends.

Aroona, a native from St. Louis, had an intriguing idea to connect her network of empowered Muslim women together for a full day of food, laughter, and connections. It was a cultural phenomenon to witness community leaders, organizers, and professionals file into Aroona’s posh apartment to socialize and build relationships with one another.

The power of these Muslim women exuded throughout every angle of her Atlanta apartment, with each one of them carrying a unique story of purpose and empowerment.

In this article, AboutIslam shares the stories of these special women. 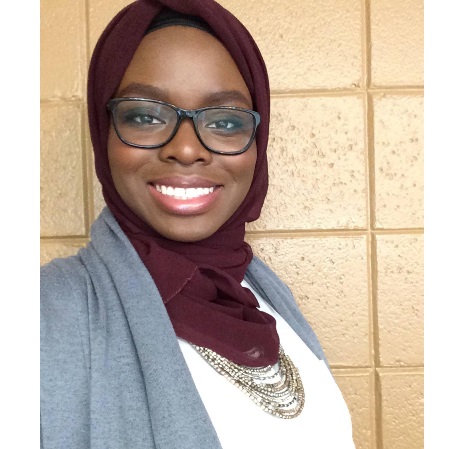 Amirah Kahera, a local Atlanta community organizer and leader, sat quietly across the room in pensive silence, as guests cheerily greeted one another with smiles and hugs. As I approached Amirah, I could clearly see signs of introspection and a strong sense of self-actualization.

“In this society, I would be considered a marginalized person, by way of my skin color, gender, and religion. This marginalization allows me to work towards taking care of myself by creating spaces for people to feel empowered. These spaces are designed for people to love and be loved.

“I feel empowered by empowering the community around me. I’m holding space for people to be present as they are fully and from that, I am able to organize people around a common issue. Organizing and activism are very much transformational soul work. I am addressing that spiritual call-out as an organizer. By working with community members that change that, we are liberating ourselves and showing people how to empower themselves,” Amirah Kahera told AboutIslam. 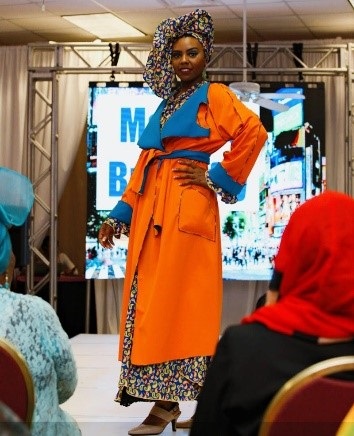 Verinique Cooper, a modest fashion model, and educator, breezed through the apartment doors confidently in a stunning cardigan. She exuded confidence, as she began to speak and share her story of empowerment with the attending guests.

“I feel empowered as an African American woman to be a reflection of my culture and the American Muslim community. I believe I am a representative of so many different types of people and this forces me to strive harder to represent all of these identities,” Verinique told AboutIslam.net.

“I began my modeling career in my thirties, which is not an ideal age. I aim to shatter barriers and stereotypes through my work, as age, weight, and religion shouldn’t define you. I began my journey as a model, aspiring to offer young Muslim girls the opportunity to see themselves represented in the fashion industry. In these current times, our society is propagating the message that beauty should be measured by a woman’s nakedness. I hope to inspire young Muslim women to be empowered by their own modesty. You can be modest and still beautiful.

“When I went to a casting, I was the only Muslim woman in a hijab. They lined all the incoming models up and surprisingly, I was chosen by three different designers. They only had very revealing designs available but they decided to make a change to accommodate my hijab,” she told AboutIslam.

“It opened my eyes to the opportunity to change the mindset of current designers. A woman doesn’t have to be naked to model or be beautiful,” she added. 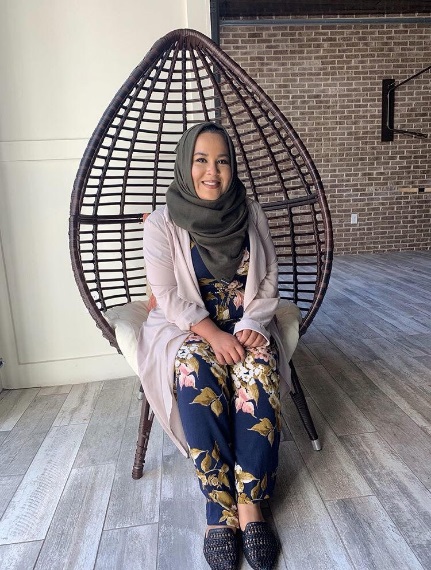 Samina’s confidence was clear and her unique ability to connect with everyone was admirable. She is an advocate for people who don’t have a voice and for the next generation of leaders.

“I grew up in a predominately white neighborhood. I hated being different and I hated my skin color. As I matured, I began to see the importance of valuing who I am and my unique qualities. I would never want anyone to feel disempowered“I would never want anyone to feel disempowered by their race, religion, or any aspect of their identity. The current political climate scares me. I’m so fearful of the next generation becoming something that wouldn’t leave a legacy in this world,” she told AboutIslam.

“I wouldn’t want them to end up that way. Working for a sustainable organization, such as MIST, allows me to work towards developing the next generation of leaders to build an ideal and inclusive society,” Sattar concluded. 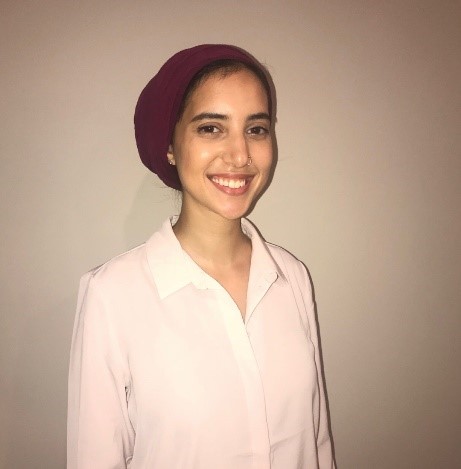 “I never would have envisioned becoming an MWPN chapter President because I am an introvert and I don’t possess some of the qualities you would normally see in a non-profit leader. However, I have been empowered by the people on my team.

“The feedback I get from my team is always positive and it helps build my confidence as a Muslim leader. MWPN creates a space to empower others by having space where people can come together and receive essential feedback to be successful in the professional world. We are building our own community of professional Muslim women and controlling our own narrative,” Iman Naim. 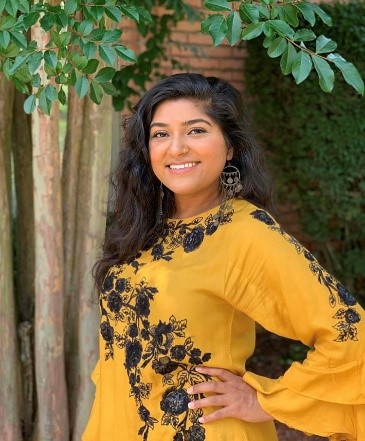 Aroona Toor smiled widely, as I thanked her for allowing me to join her gathering of empowered women. Her vision of cultivating relationships between empowered women had blossomed in front of all of our eyes and you could sense the satisfaction in her tone and smile. Aroona works passionately to uplift and empower Muslim women professionals in several cities across this country.

She is the co-founder of MWPN, which currently has chapters in three major cities, including Atlanta. Aroona volunteers for several grassroots Muslim organizations across Atlanta and works towards organizing her community around important issues.

Muslim women no longer feel limited in their pursuits of developing better communities, while changing the narrative. These stories represent a theme of critical change within our society. Muslim women are leading their communities in the development of empowered spaces all across this country. More than ever before, Muslim women are inspiring others to be actively engaged in the community through their ever-evolving leadership.