Asmaa Ali’s participation in an Ottawa event that encourages women to participate in politics turned into a nightmare after she  discovered that photos of herself and other young Muslim women were used to incite hate and Islamophobia online, CBC reported.

“My first reaction was hurt,” Ali said. “Next was some anger mixed with a little bit of fear as well.”

The women in the photos were participants at the 2019 Daughters of the Vote summit in Ottawa in April, where Ali represented Edmonton-Griesbach as a delegate.

Her picture was part of a collage of six hijab-wearing Muslim delegates from Alberta. It included a caption questioning their ability to represent Canadian women at the summit.

“A lot of people that were making judgments on us and saying that we don’t represent Edmonton, and Edmonton doesn’t look like us,” Ali told CBC about the comments that appeared with the post. 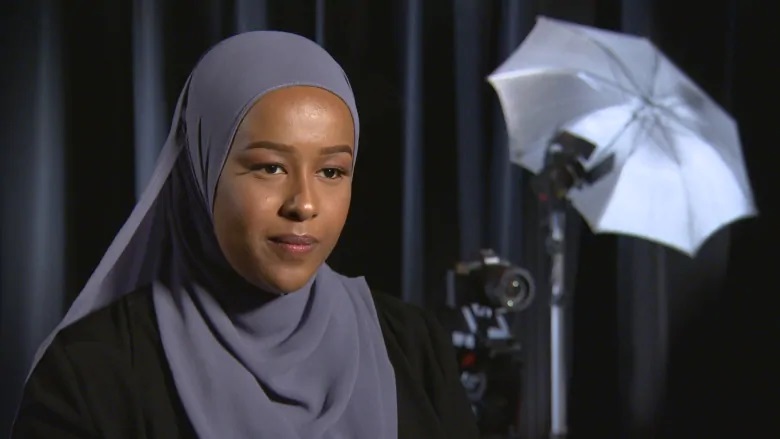 Asmaa Ali was inspired to create a photography project after being the target of racism and Islamophobia on social media. (Sam Martin/CBC)

Being hurt with the experience, Ali decided to channel her feelings into an art project.

“I wanted to express what I felt and how it made me feel through my favorite medium of expression which is photography,” Ali said.

She created Flip the Script, a series of portraits of young Muslim women from Edmonton who have experienced racism and Islamophobia.

Each photo is accompanied by a message of hope from the subject.

“The fact that you do face racism and discrimination is acknowledged, but you also have the space to tell your own story too.”

Ali is not the only Muslim woman to turn negative experiences to positive energy.

In April 2019, Shaymaa Ismaa’eel, a devout Muslim in Washington DC, shared a photo showing her smiling in front of a group of anti-Muslim male protesters outside the Islamic Circle of North America (ICNA) convention.

Ismaa’eel said she wanted to combat their hatred with kindness.

A Canadian Muslim restaurateur who received bad reviews linking his halal food to extremism also pushed back with an explanation of the true notions of halal.

Check These Facts on Early Muslims in Canada