When he was in high school, Sohaib Raza was interested in marriage, so much so that he felt if he met a Muslim girl, especially one who grew up in his same Pakistani culture, they should quickly be committed for life.

Now, at 21, Raza has learned to take things a bit more slowly.

He said this notion of marrying quickly and early is part and parcel of how he viewed proper marriage in Islam and how it related to his interactions with girls.

Now, as a college student in Houston, Texas, Raza is still looking to Islam and his particular culture when it comes to finding a wife, but he’s a bit more relaxed about how he relates to women who aren’t on his radar as a future wife.

“(When you meet a girl), first things first, you have to establish that it’s only a friendship and that’s all it can become,” he told AboutIslam.net.

However, he admitted keeping those boundaries can be challenging. “It can be tough when you realize how much of a limit there is to how much you can talk before it becomes something more than a friendship.”

Herein lies the problem of modern Muslims trying to navigate life and decisions – including relationships – in America. Oftentimes they find themselves having a hard time distinguishing how to live by their religious values and even whether or not those ideals mesh with modern times and expectations.

These problems can crop up when it comes to deciding whether or not to join the military, to buy a home using a mortgage, or even saying the US pledge of allegiance in school or at sporting events. 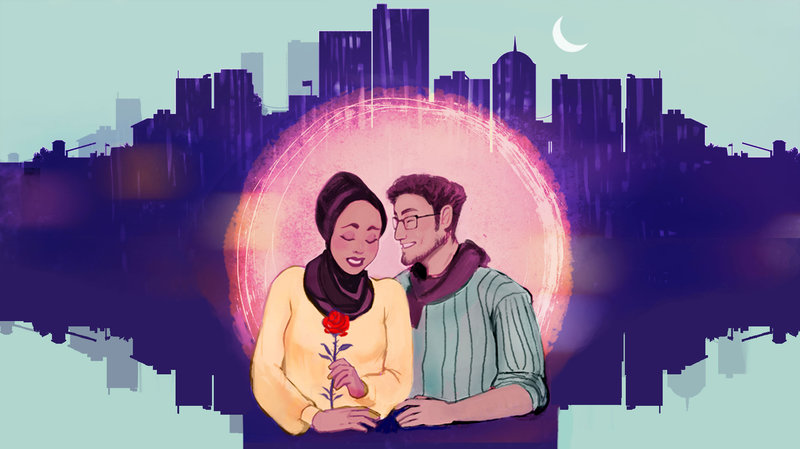 For Raza, in terms of relationships with women, he said staying true to his Islamic ideals – including no physical touching before marriage and even spending time with a potential life partner in the company of a chaperone – are keys to keeping his religion close while interacting with women in a halal way.

“At the end of the day, it’s all about your intentions. So being friends with a girl can be a way of meeting people, and if you start to have an interest in a good friend, and you’re both looking for marriage then I don’t see why there should be anything against it,” he said.

When approaching women he’s interested in, Raza said he is very clear about what he wants. “When I’m looking for someone I make it as clear as possible that I’m not looking for anything short term, so if they want that then I don’t stick around.”

For those women he has no romantic intentions toward, Raza said he is very straight forward but in a kind way.

“I will still talk with them and be friends with them, but I make it known that I’m not looking for anyone. I find ways to work it nicely into the conversation.”