“Our region is home to the highest number of mosques — 18 in the northwest Houston region — in the Houston metropolitan area behind only the southwest area of Houston. Muslims are also a significant part of our diverse community here at Houston Methodist Willowbrook.”

Muhammad Hanif, MD, and Khawaja Azimuddin, MD, helped design and construct the room. Dr. Azimuddin, who is a colon and rectal surgeon at the hospital, even hand-painted the tile work that adorns walls inside and outside the prayer room. 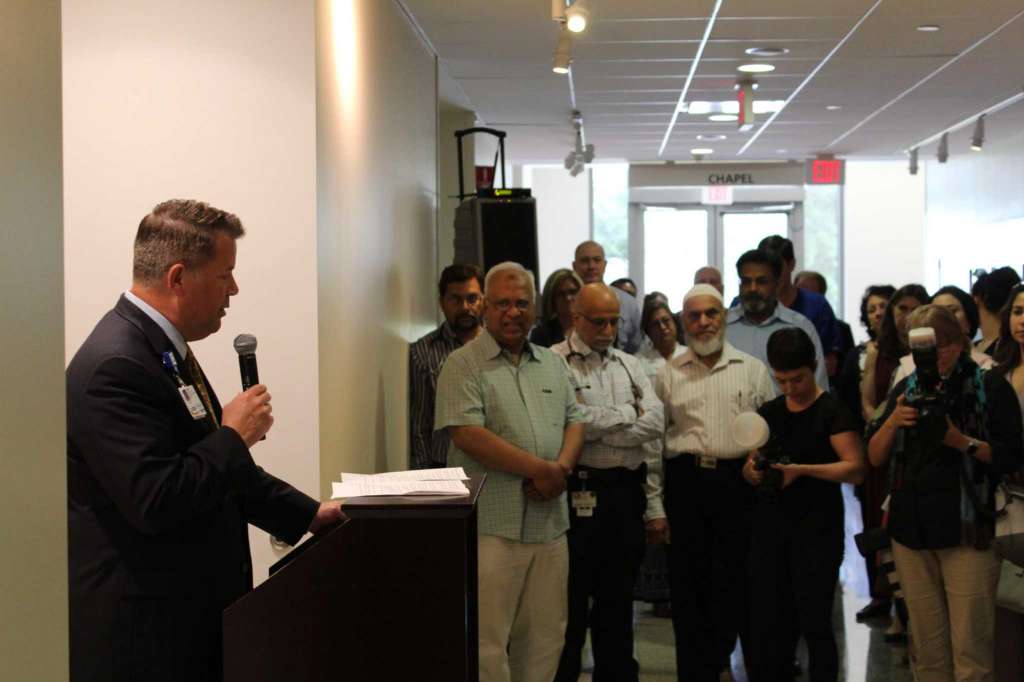 He joked about his motivation for the project, eliciting lighthearted laughter from guests.

“I was sneakily trying to get into heaven through the backdoor,” he said.

“Because the prophet said whoever builds a house for God, God will make a house for him in paradise. Mr. Keith (Barber), when you get over there you should have a house over there.”

The new prayer room, which contains copies of the Qur’an in different languages and a mihrab, or a wall facing Makkah, was widely welcomed by the Houston Muslim community.

“Forget what you’re hearing about in Washington,” Zafar Tahir, a representative from the Houston Planning Commission, said.

“As far as Houston is concerned, we are the most diverse city in the US We are proud of that. Muslims are part of us. They are woven into the fabric of the city and this county. We’re here to stay and we want to be part of this country. Thank you, Methodist.” 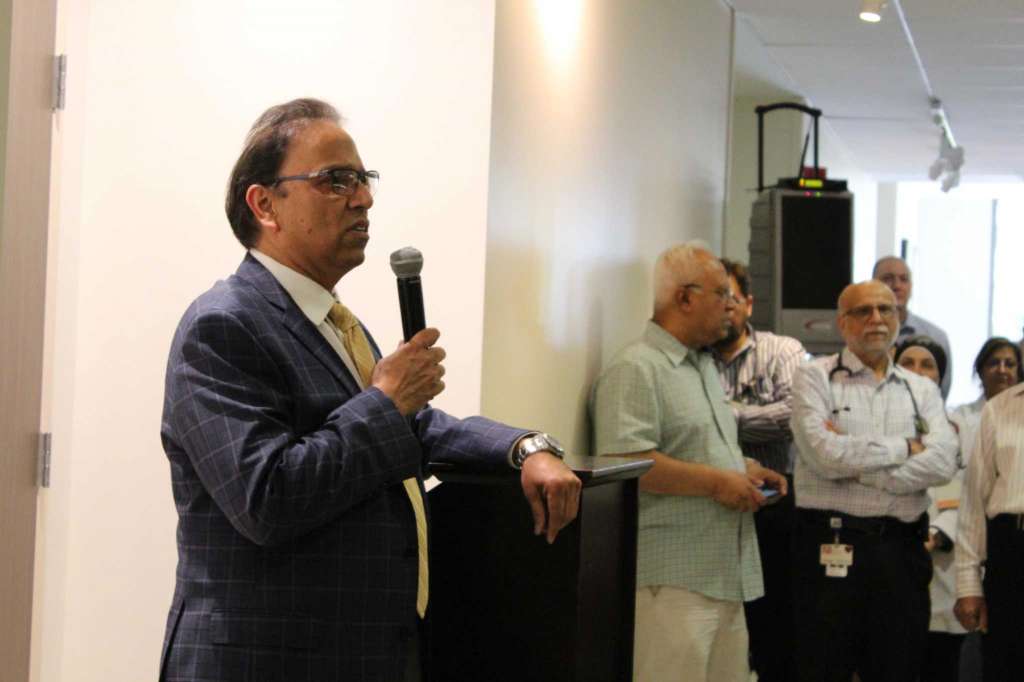 Sohail Syed, president of Islamic Society of Greater Houston, thanked Houston Methodist Willowbrook for opening a new prayer room for all faiths in the style of a Muslim prayer room.

Sohail Syed, president of the Islamic Society of Greater Houston, said the prayer room is important not only for Muslims but for marginalized groups that are portrayed negatively in media.

“In a time of hate, of minorities and faith-based groups, of faith-based communities, this is a great message,” Syed said.

“God bless you, God bless every one of you here and we appreciate all of your efforts. Thank you.”

Houston is home to a significant number of American Muslims.