Assalam Regards At his Houston-area high school, 17-year-old Mohamad Alwan is one of the students spreading the word about the newly formed Muslim Student Association (MSA).

The new group, which was only formed this school year, boasts about 30 Muslim students and even a sprinkling of non-Muslims.

“We (Muslims) can’t hide in the shadows,” Mohamad, a junior, told AboutIslam.net. “We have to let people know who we are and that we’re good.”

Mohamad, who lives in northwest Houston, is passionate about ensuring his fellow Muslim youth are proud of who they are and open about how they practice their faith. In fact, one of the benefits of forming the MSA is that he and other Muslims can pray together twice a day, before and after school, in a classroom offered by one of their teachers.

He said this campus congregation is important to encouraging teenage Muslims to embrace their Islamic practice.

“We’re trying to keep our Islam strong and not be influenced by bad things,” Mohamad said.

The group, with is open policy for non-Muslims, is also a good way to answer questions people might have about Muslims, about Islam and, more specifically, about how the teenagers live their faith while living in the United States.

“People always ask me questions about Islam, they’ll ask me about our prayer, or about how things are different from their religion, and I really like to inform them,” Mohamad said.

His Islamic pride stems from his parents’ push to get him to the local mosque not only to study and learn but also to bond with his peers.

“I started going to the mosque regularly about two or three years ago because my family wanted me to go and I wanted to stay close to my religion,” he said. “So now I go every day to pray and read Qur’an, but I also go to play basketball and because all my friends are there.” 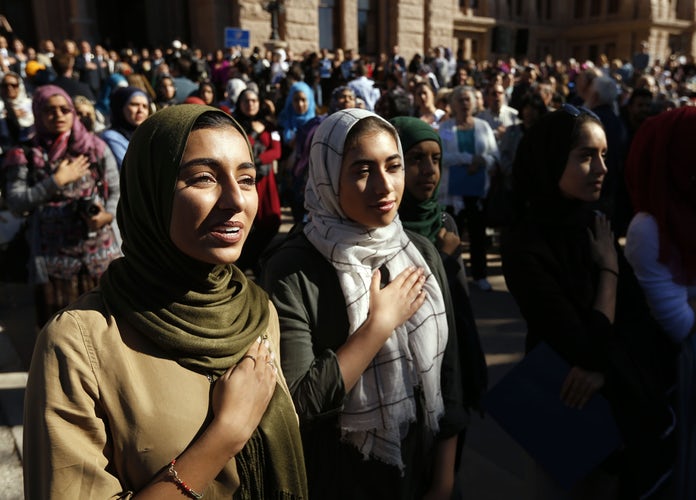 These ties of friendship, brotherhood and sisterhood formed at the mosque are key to keeping Muslim youngsters engaged and present in their Islamic practice, said Mohamad’s father Azmi Alwan, who serves as the associate director of the Bear Creek Islamic Center Masjid al-Mustafa.

Mohamad, along with about 30-40 other adolescents, teenagers and young adults, are part of the mosque’s Young Muslims program, which serves people between the ages of 13 and 24 between Asr and Maghrib prayers.

“This age is the most critical age for our kids,” said Azmi Anwal. “This is the time when we need to expose them to Islam, to make sure they know what their identity is and give them to tools to quickly defend their faith, to know what they have in their heart so they can move forward in their lives. This is how we raise this new generation.”

The Young Muslims (YM) program is long-standing at Bear Creek Masjid and, for Mohamad and others, serves as an important weekly ritual not just for fun and friendship but also for learning to cope with problems that might crop up.

“At YM I (recently) had to give a talk about the struggles Muslim people have living in America,” he said.

“I know some people are scared to be different and they really have a hard time talking about their religion, but we have to be proud that we’re Muslim. We practice our faith at least five times a day, and we should be open about that because if people don’t like you for who you are then you should just go and find new friends because you know you’re not going to change.” 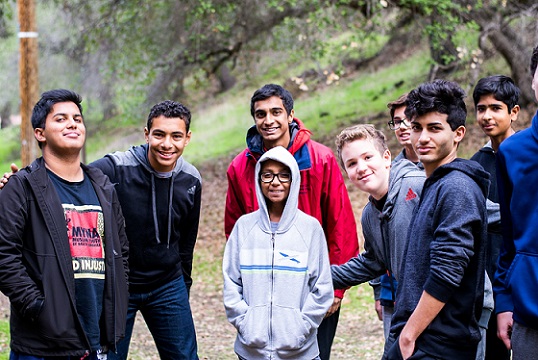 Gihan Kotb, a Houston mother of three young children, said she’s hoping to instill religious pride in her little ones by putting a special emphasis on reading and writing Arabic, fun `Eid celebrations and religious instruction.

While her kids are young, Kotb said she is first focusing on making holidays fun, festive and memorable.

“I’ve asked my mother to bring home some `Eid decorations from Egypt because they have some really beautiful things there, and I really want to make my house special for them,” she said.

Like many Muslim parents raising children in the United States, Kotb said it’s difficult to compete with the spectacle of Christian holidays like Christmas and Easter and even non-religion celebrations such as Halloween.

“Right now I don’t think my kids even know what `Eid really is, so I have to make sure they learn about it and get excited about it,” Kotb said.

As for their Islamic education, she said she doesn’t want to wait too long to put them in Arabic and Islamic classes, which was her downfall as a youngster.

“I started going to religion classes when I was 14, and by that time I feel like I was too old and I really didn’t want to go and now I can’t read or write Arabic,” Kotb said. “For my kids I realize it’s so important to start them early. They have to learn.”

Mohamad’s father Azmi Alwan said engaging the Muslim youth community and filling their hearts with pride and love of their religion is a family affair, which is why he and others at the Bear Creek mosque make sure to offer meaningful family and community events.

Upcoming programs include an open house, where members of the non-Muslim community will be invited to learn about Islam, and a family barbecue and dawah workshop on April 13. For more information log on to www.bearcreekic.org.