MILWAUKEE, Wisconsin – A Muslim school basketball team in Milwaukee, Wisconsin, has been shattering stereotypes, with all students winning games in their hijab and long sleeve suits.

Around the world, Muslim women are defying cultural barriers and stereotypes to compete and excel at the highest levels of sports — in football, fencing, weightlifting, basketball, ice hockey and more.

In 2016, 14 Muslim women medaled in the Rio Olympics, including American fencer Ibtihaj Muhammad who earned a bronze medal, the first Muslim woman to represent the United States on the podium. 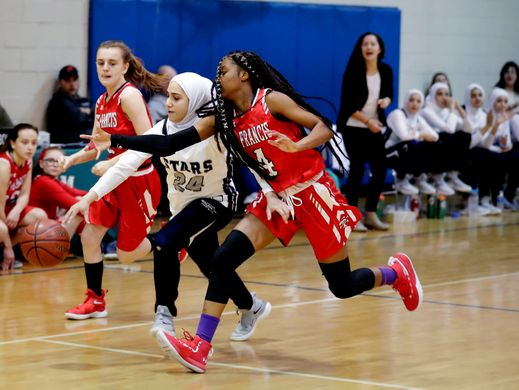 The Salam School girls is not an exclusion.

Getting a waiver from the Wisconsin Interscholastic Athletic Association, they were able to compete in hijabs, sweats, and long-sleeved tees.

“My dad was kind of against it at first — it was more of a cultural thing than religious,” said senior center Nadira Ali, whose parents emigrated from Somalia before she was born.

“I eventually convinced him that when you go to college, it’s more than just about grades. They’re interested in the leadership you bring to the table.” 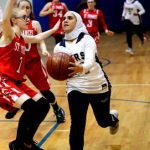 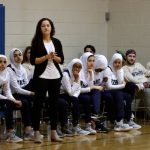 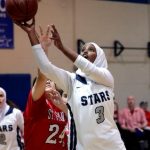 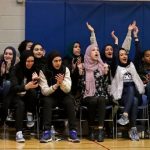 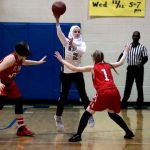 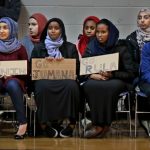 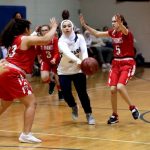 “I think, nowadays, it’s important to show our own kids that this shouldn’t restrict us. Who we are, where we come from, what we believe in should not be a limitation for how far we can go,” algebra teacher Ream Bahhur said.

“We’ve got such great examples now, people in the Olympics, people in Congress. .. We’re breaking through a lot of stereotypes.”

On an off pitch, the girls make sure to behave in a way to reflect the true nature of their faith.

“You have to be extra cautious because you feel like you’re representing a whole group of people,” Captain Safiya Schaub said.

Midhat Farrah, who played on the first Salam boys basketball team in 2003 and now coaches the seventh-grade boys, sees them as “spreading peace through basketball.”

“They’re behaving in an Islamic way and showing people that Islam is a peaceful religion.”

‘I Will Not Remove the Hijab’ – Blind Athlete Hailed, But Disqualified at Asian Games