JAKARTA – A blind Indonesian judo player has won people’s support after she was disqualified for refusing to remove her hijab at the Asian Para Games.

“Whatever the risk, I will not remove the hijab,” Miftahul Jannah, a national champion, was quoted as saying by South China Morning Post on Tuesday, October 9.

“I’m feeling sad, yes, because I trained hard for the past 10 months, sometimes working so hard that I couldn’t even move my hands.

“But after all that, this is the result [disqualification]. The decision is made.”

The 21-year-old Muslim was in tears after the referee disqualified her when she refused to remove her hijab.

Some reports indicated that the rule banning the hijab was only introduced the day before the judo events started. 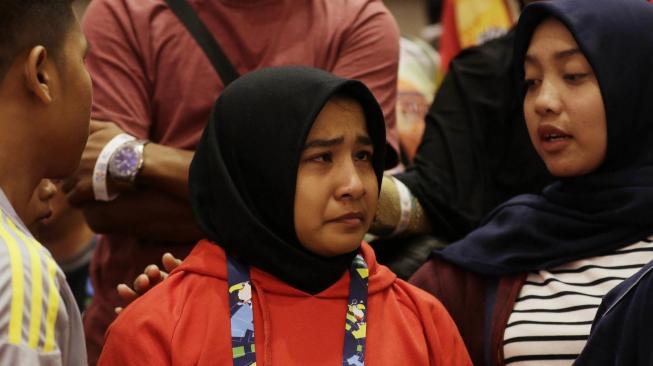 Indonesians have thrown their support behind the hijabi judo athlete.

“Defend your hijab. It is important to take part in the Asian Games [but] you have become a champion,” wrote one supporter on social media.

“You are the real winner. Maintain your hijab and do not open it,” wrote another, while one contributor said: “You are more noble in the eyes of God.”

Though some Facebook users urged Jannah to find another sport, another responded that hijab-wearing Indonesian athletes won gold at August’s Asian Games in Jakarta in sports such as taekwondo and pencak silat.

“There should be no difference between Asian Games and Asian Para Games,” the user – who claims to have been on the Asian Games panel for jiujitsu, wrote. “Why should it be any different?

“When I was on the Asian Games panel for jiujitsu, athletes from the United Arab Emirates, Iran, and Indonesia wore headscarves and there was no problem. They used a special hijab that was standardized. Why is it suddenly different?”

Many international athletic organizations have already modified their rules and policies to account for the various religious needs of participants.