Hollywood star Dakota Fanning plays a British Muslim woman who was orphaned in Africa before fleeing to the UK in her upcoming film Sweetness in the Belly, which will premiere at the Toronto Film Festival later this month, Evening Standard reported on Thursday.

“It was a great privilege to be part of telling this story,” Fanning said.

“The film is about what home means to people who find themselves displaced and the families and communities that they choose and that choose them.”

The drama, directed by Zeresenay Berhane Mehari, is an adaptation of Camilla Gibb’s 2005 novel of the same name, which follows an orphaned girl who grows up in Morocco and Ethiopia but then flees to the UK after the onset of Ethiopia’s civil war.

In London, the lead character, Lilly Abdul, embraces the Muslim immigrant community, attempting to reunite people with their scattered families.

“This is so coincidental – just yesterday I was saying, you know who would best represent the contemporary refugee experience in Africa? Dakota Fanning,” one person wrote on Twitter.

This is so coincidental – just yesterday I was saying, you know who would best represent the contemporary refugee experience in Africa? Dakota Fanning. https://t.co/asMJowvdhb

However, a tweet about her new movie, Sweetness In The Belly, went viral for all the wrong reasons after claiming she plays an “Ethiopian Muslim refugee”.

“Dakota Fanning plays ‘Ethiopian Muslim’ and Lena Dunham writes a script about a Syrian refugee in 2019 and Hollywood thinks it’s okay,” one wrote on Twitter. 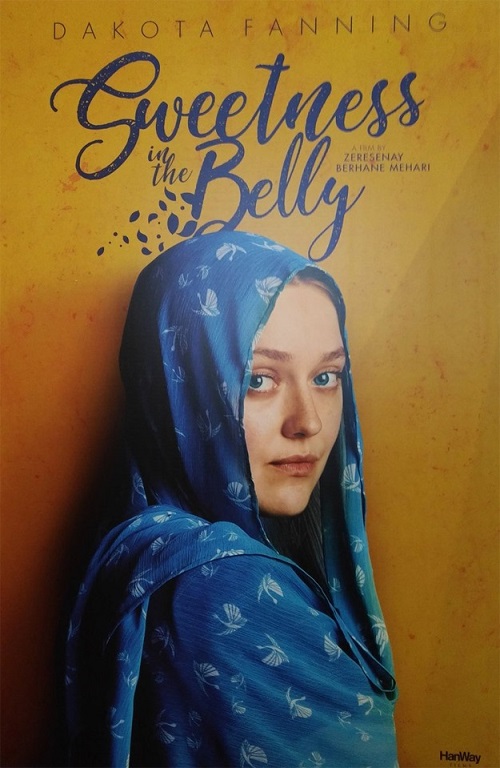 The negative reaction has prompted a response from Fanning, who took to Instagram to “clarify” details about her character.

“In the new film I’m part of, Sweetness in the Belly, I do not play an Ethiopian woman. I play a British woman abandoned by her parents at seven years old in Africa and raised Muslim,” she wrote on Instagram.

“My character, Lilly, journeys to Ethiopia and is caught up in the breakout of civil war. She is subsequently sent ‘home’ to England, a place she is from but has never known.

“Based on a book by Camilla Gibb, this film was partly made in Ethiopia, is directed by an Ethiopian man [Zeresenay Berhane Mehari] and features many Ethiopian women.”

Muslims’ portrayal in Hollywood has been a controversial issue for years. Many Muslim actors have been calling on Hollywood makers to make a change.

In July 2019, British-Pakistani star Riz Ahmed called on Hollywood leaders to act on reducing Islamophobic sentiment in the media by presenting more Muslims and change their imagery in their movies.

Earlier in March, the Writers Guild of America East, in collaboration with Hollywood Bureau at the Muslim Public Affairs Council (MPAC) in Lower Manhattan, hosted a panel that called for a better media portrayal of Muslims.

Marvel Cinematic Universe picked a hijabi Muslim woman in the Spider-Man: Far From Home to play Spider-Man’s classmate joining him on a field trip across Europe.