Actress Zoha Rahman takes in the sights on the set of 'Spider-Man: Far From Home.'Zoha Rahman
aaa

For decades, Hollywood blockbuster films depicting a hijabi woman has been a far-fetched dream for British actress Zoha Rahman.

But Marvel Cinematic Universe is making this dream become a reality by picking her in the upcoming sequel Spider-Man: Far From Home in which Rahman plays Spider-Man’s classmate joining him on a field trip across Europe, Forbes reported.

“I didn’t actually know what I was auditioning for until I was in the audition room,” said Rahman about getting the role.

Taking the audition, the production team asked her if Rahman would be willing to wear hijab while shooting the movie.

“It meant so much to me,” said Rahman, “for me to have the opportunity to play a character and represent so many girls that I know personally and that I love and admire.”

While Rahman has had a deep passion for acting from a young age, central to her work is the need for better representation of South Asians and Muslims in entertainment.

“We grow up watching television and blockbuster movies,” she said. “And if we don’t see ourselves on those screens, then we don’t really exist, do we?” 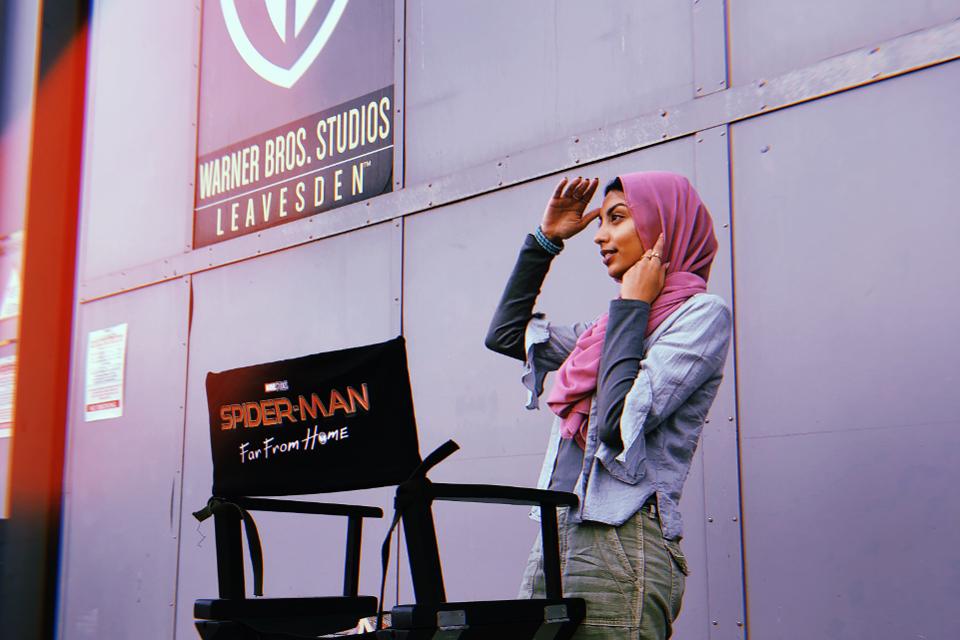 Though Rahman is thankful for the fan reception to her role in Spider-Man, she sees this very excitement as a sign of what is wrong.

“We shouldn’t be this excited about something that I’m doing because this should have happened a very long time ago,” argued Rahman.

“Everybody knows someone [who wears the hijab] in their real life. So why aren’t we seeing those characters on screen?”

Rahman said she is currently writing her own superhero film, one in which she can star as a South Asian, Muslim hero.

“We don’t have a lot of colored women empowering young girls in our communities,” she said.

“So being able to be a South Asian superhero would be incredible. I think that would top everything for me.”

Marvel has presented several Muslim characters in her comic books.