SANTA CLARA – For the seventh consecutive year, a Muslim community group in Santa Clara, California, is offering rare help for Muslim converts, giving them company, education and answering their questions about their new adopted faith.

“We have people from all over the world,” Tarek Mourad, the instructor at the Muslim Community Association in Santa Clara, told KALW.org on Tuesday, May 9.

“We’re not one school of thought. We have at least 30 or 40 different countries of origin here. So we’re very diverse, and we treat each other that way — with respect of our diversity.”

Twenty-six-year-old Nathalia Costa is one of those new Muslim converts who found sought answers at the center.

Costa, a Brazilian American who became Muslim in December 2016, used to be Catholic, and converted to Islam after a long search. She tried different churches throughout her life — from Catholic, Presbyterian and Baptist, to Seventh-Day Adventist Christian congregations.

“And I remember asking my mother,” she says, “‘How do I know what is the truth if every church is saying something different?’ [My mother] said, ‘You don’t know, but whatever you feel in your heart to be right is the truth.’”

Coming to the association for the first time, Costa, a new face, was warmly welcomed by Muslim women with hugs and kisses. A Moroccan grandma named Sister Fateeha Abu Mahmoud Kratas hugged Costa and said, “You will be our daughter! You are very, very, very welcome!”

In class, Mourad teaches the new converts about Islam’s main tenets and rituals. Today’s class is about sinning and forgiveness.

“The whole concept of original sin — it doesn’t exist. Because Adam and Eve were forgiven before they left the garden of Eden, so they did not carry down with them an original sin to atone for. It’s not a state of being. A sin is an act that you do,” he said. 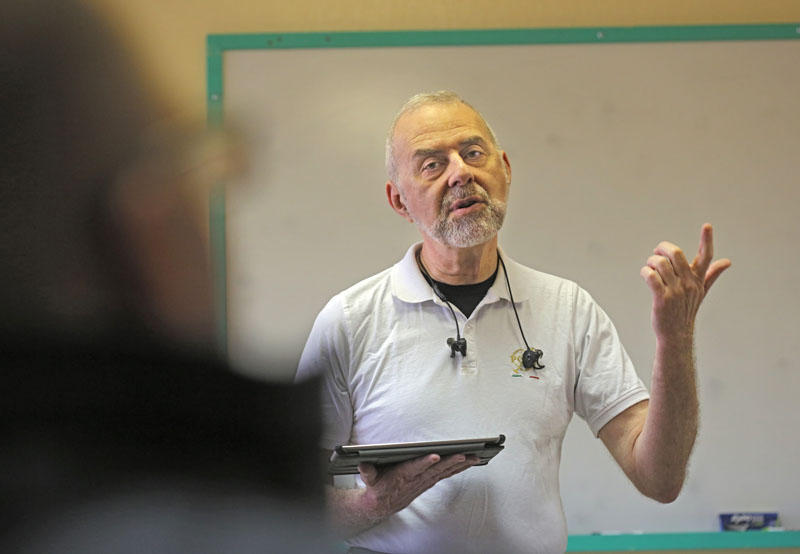 With many American converts complaining of feeling shut out of the mosque environment, the association’s classes give converts much-needed answers.

One of the questions that usually pop up is whether they are allowed to join their families Christmas celebrations. Costa was the one who raised this question.

Instructor Mourad added that one of the biggest problems people have is mixing up culture and religion.

In his class, students sometimes come confused about things they hear are Islamic, but are actually part of a certain culture: mostly Arab, South Asian, Afghani or Iranian. 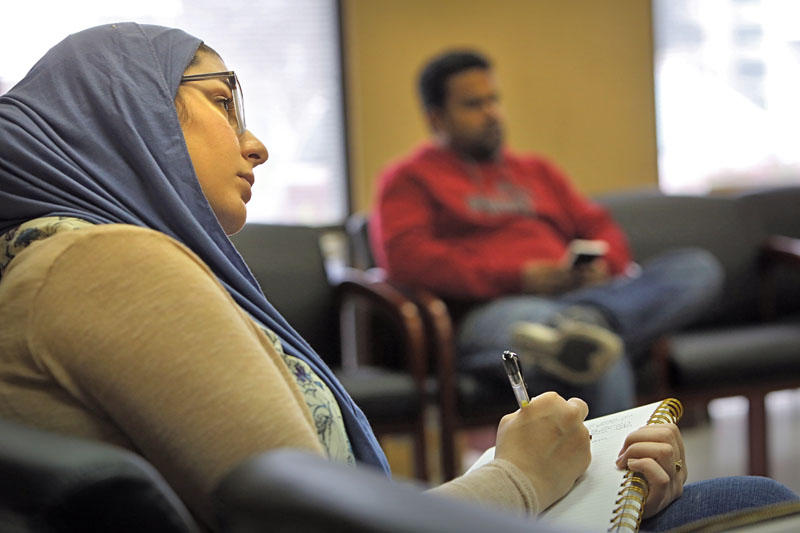 A recent convert to Islam, Nathalia Costa says the experience can sometimes be lonely.

“The problem with a place like Saudi Arabia, because of the influence it has, the money it has and the oil it has, people tend to think that this is Islam. [But] Saudi Arabia represents a very small portion of Islam.”

Convert classes or support groups get people off the internet, in community, and in conversation with real people, like in the Muslim Community Association class.

Instructor Tarek Mourad praises his students. He says, “Everybody coming through this is genuinely intelligent and critical and thinking. They’re not somebody that just follows just the normal average political opinion or the opinion they hear on the radio or something like that. … They’re actually focusing on learning and understanding at the root level.”

As class winds down for the day, Costa says the challenges continue.

“I’ve been going through a lot of the journey kind of on my own,” she said, “so it’s been sometimes a little bit isolating, so being around other people through that is really refreshing.”

Mourad said this is the purpose of their association, not only to welcome new Muslims, but to stick with them on the long road ahead.

“It’s a journey that they’re going to go through for the rest of their lives and they grow, and that’s what I love seeing. I love seeing that in their eyes. It just makes me feel very happy,” he said.