The event, themed Black Muslim Authors: On the Tradition of Storytelling, Literature, Representation & Faith, is a collaborative effort between NbA Muslims and Muslim Girls read.

Meeting together, Black Muslim Authors opened a space for authors and readers to develop an appreciation for literary creations of African American Muslims, the country’s foundational Muslim group.

Speakers Imam Al-Amin Latif of the NY Majlis Ashura and Imam Suhaib Webb spoke about the importance of writing in Islam.

“Allah swears by the pen,” said Al-Amin. He encouraged writers to use their gifts to spread knowledge and tell their stories.

The historic event centered Islamic history in the US, the foundations of which have direct connections to African American history and Black History Month through the Black Muslim experience.

“Black Muslim Authors is a way to honor, appreciate, and amplify our voices, networking, and literature,” organizer Umm Juwayriyah told About Islam.

“This is a voice that is absolutely essential in the times that we are in,” said Tariq El-Amin, a host on Radio Islam USA.

“We can see our full humanity, we can actually become more engaged and committed when we actually listen to each other’s lived experiences and true stories,” explained Muslim Anti-racism program director, Margari Aziza about the importance of writing in combating racism. 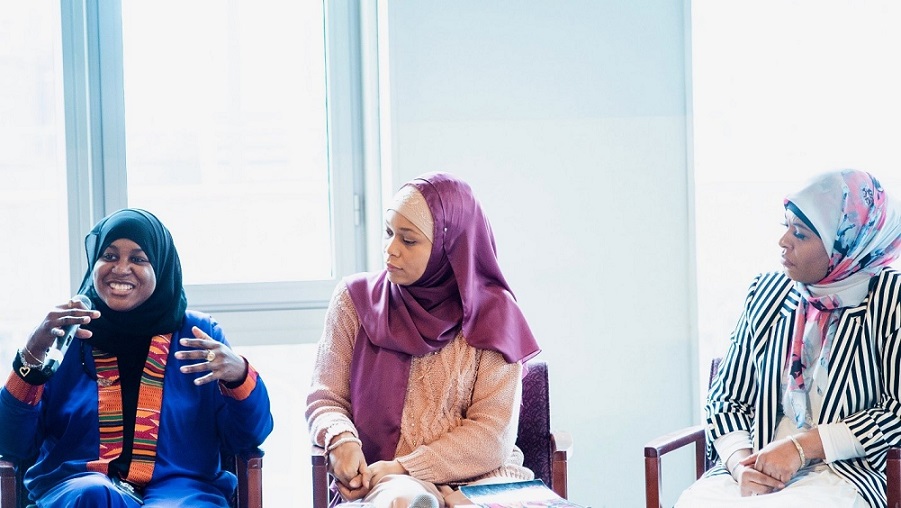 Authors Umm Juwayriyah, Sakeena Rashid and Halimah DeOliviera served as panelists in a round-table discussion focused on the importance of representation and support.

“You must find your tribe,” said Umm Juwayriyah. She encouraged present and future writers to seek support from people with similar views and aspirations to create.

Panelists expressed the need for writers to build confidence in their work and not worry about or be deflated by the mainstream.

“I attended BMA as a panelist because I work with Muslim Authors every day, and I wanted Black Muslim Authors specifically to know that their voices matter,” said Rashid.

Their stories are rich and valuable, and I will continue to work to amplify their voices.” 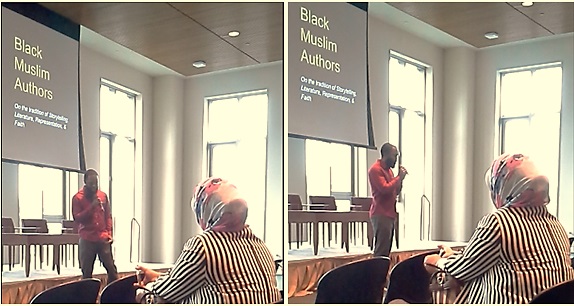 A range of authors and writers read to from their work. In addition to speaking about the importance of Black Muslim writing, Khalil Ismail moved audiences with two spoken word poems.

“I attended BMA because as a writer of many different types of media, I understand the importance and the need for us to write our own stories and our own narratives,” said Khalil Ismail.

The only way we are going to get them out there is that we support and amplify each other. I felt a lot of good energy and love. It was warm; it was beautiful; it was heartfelt. You can tell that even the audience was like this is what we need. This is what we want. I pray that it continues. I look forward to supporting the next one.”

Entrepreneur and coach Asiya Nasir read from her self-help book Mirror, Mirror on the Wall: Who am I After All? Nasir told About Islam her biggest take away from the event.

“My biggest take away was to be fearless in our pursuit to have OUR stories told and in a way that only WE can tell it,” said Asiya Nasir.

We have a voice and whether mainstream or not…Allah ensures that His messages (through us) always reaches its destination.”

Black Muslim Authors attendees expressed their appreciation for the convening.