NEW YORK – A new art piece, depicting the death of a Black American teen in the 1960s, is raising uproar among Black American community, and Muslims in its middle, as pacifying and whitewashing a brutal murder triggered by racism and hatred.

“This picture is an insult to the memory of Emmet Till, his mother Mrs. Mamie Till, and every African American murdered because of the color of their skin and all the family who have suffered as a result,” Sapelo Square arts and culture editor Malikah A. Shabazz told AboutIslam.net.

“This picture does nothing more than try and pacify the white population and soothe any guilt that may exist as a result of the treatment of African Americans in this country.”

Shabazz was referring to art piece Open Casket, depicting the death of Emmett Till, which was premiered by White artist Dana Schutz at the Whitney Museum of American Art’s 2017 Biennial program.

Emmett Till was a 14-year-old boy kidnapped, tortured, and lynched in Mississippi in 1955. Till’s murders left his body beaten and deformed beyond recognition. Mamie Till, Emmett’s mother, decided to have an open casket funeral so the world can see the horror of her son’s death, brought on by racism and hatred and to “let the people see what I have seen.”

In the letter, the undersigned asked curators to remove the painting, because its display is insensitive to the meaning of Till’s death in Black American Culture.

Black asserts in the open letter that, “Till was made available to Black people as an inspiration and warning. Non-Black people must accept that they will never embody and cannot understand this gesture.

“Therefore, his story and imagery is an inviolable part of Black American culture, and no one outside that culture should be so cavalier as to try to represent it.” 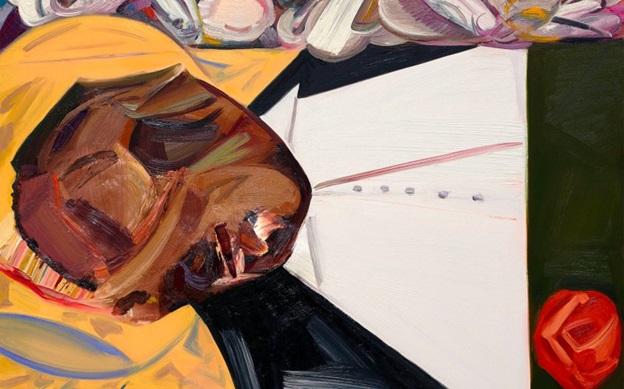 Shabazz asserted that the painting disregards the Emmett Till’s trauma and seeks to whitewash the brutality of his death.

“This picture clearly ignores the trauma inflicted on Emmett and tries to cover up the fatal brutality that young man faced. Mamie Till intentionally had an open casket funeral for her son so the world could see what happened to him,” she said.

“This tasteless depiction is akin to applying makeup to a wound to prevent it from looking as bad as it actually is. It’s a manifestation of the constant denial of the horrendous treatment that African Americans have faced and continue to face in this country.” 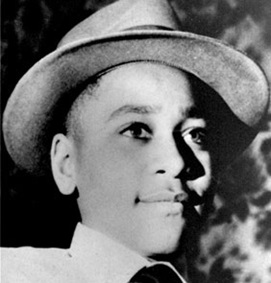 Until today, Black Americans continue to share Emmett Till’s story as part of their cultural trauma, and many annually commemorate his murder.

Black American Muslims expressed chagrin that a White artist would impinge an outsider’s exposition of that trauma.

“As an individual, as a Black woman, I feel uneasy about White artists depicting painful parts of African American history, resurfacing the trauma, when they have distance to the subject,” anti-racism activist Margari Aziza told AboutIslam.

“While well meaning, I echo the sentiments of others and feel uncomfortable with a White artist profiting off of Black suffering, especially since many Black artists are not given similar platforms or compensated for their creations.

“Telling Till’s story through a White lens and perspective is callous as well as a power play. No matter how some may try to romanticize the art element of this painting, it boils down to a White woman sparking a discussion that isn’t hers to spark.

“Just this year, the White woman (Carolyn Bryant) responsible for Emmett Till’s brutal beating admitted she lied about his whistling at her. Therefore, his death continues to be relevant and a distressing reminder for Black Americans that our children’s lives remain in jeopardy for even the smallest things.

“The audacity of this entire situation is nauseating, to say the least. The artist is profiting from the collective suffering of Black people and putting salt in fresh wounds.” 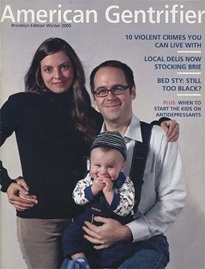 “I noticed how the image is mostly filled with the artistic rendition of Till’s brutalized face, which definitely makes it a spectacle.

Abdul Khabeer pointed out that the Schutz also overstepped cultural boundaries by assuming to overlay her White maternal experience and ignore the significance of intersections of race and gender.

“Knowing it was a White artist who explained her reasoning by claiming that Mamie Till’s Blackness was somehow not relevant or less relevant to her motherhood– i.e. she is a mother like me–made it offensive.”

“It doesn’t help that the artist is also a transplant to Brooklyn, a part of the gentrification brigade that is displacing my people. Taking up space, taking up our space, both in Brooklyn and on the “hallowed” walls of museums.”

Who Cares About American Muslims of Color?

The Identity of African American Muslims