A Nottingham-based Muslim charity will receive an award from the Queen to recognize its voluntary work to alleviate poverty and help low-income families, Nottingham Post reported Wednesday.

“We are delighted to be honored and recognized for the work Muslim Hands staff and volunteers have achieved,” Lakhte Hussanain, Muslim Hands Chairman, said.

“For more than 25 years we have remained committed towards supporting and empowering communities both globally and in the UK, over the long term.

“This award is a testament to how far we have come and we are dedicated to continuing the vital work that we do in collaboration with our volunteers who are the backbone of our organization.”

Muslim Hands, based in Gregory Boulevard, will receive the Queen’s Award for Voluntary Service, one of the highest awards for voluntary groups in the UK.

The charity was recognized for its community initiatives in the UK such as The Open Kitchen which provides food to the homeless and low-income families.

The award will be presented by Sir John Peace, the Lord Lieutenant of Nottinghamshire – the Queen’s chief executive authority and representative in the county, on Thursday, September 26. 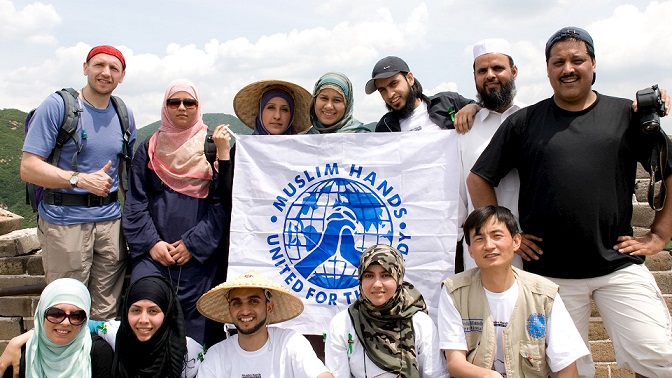 Maqsood Ahmed, Director for Muslim Hands UK Community Welfare and Development, said: “This is a clear and well-deserved recognition of our work in the UK by our dedicated team and volunteers who have worked extremely hard to make a difference to the communities they serve.

“We are tremendously proud to be the recipient of such a prestigious award and hope to continue changing lives for the better.”

Muslim Hands, an international aid agency and NGO, was established in 1993 that has worked in crisis-hit areas.

The aid agency works in over 50 countries and has field offices in over 30 of these.

Dedicated to tackling the root causes of poverty around the world, Muslim Hands is passionate about working beyond the provision of immediate relief, towards supporting communities over the long-term.

Muslim Hands has a variety of remarkable charitable works in the UK and beyond.

They have been present on the ground for widely publicized disasters such as the Asian tsunami of 2004, the Wars in Iraq and Afghanistan and the recent Horn of Africa.

They have also been present for crises that have never attracted media attention such as the sub-zero winters in Kashmir, cholera outbreaks in Guinea Bissau and acute droughts in Somalia, Mali, and Niger.

Some examples of their work in the UK and beyond:

Don’t Know Where to Volunteer? Here’s a Long List