LONDON – A Channel 4-feature entitled ‘The Truth About Muslim Marriage’ broadcast on November 21st, highlighted a disturbing reality. In a survey of 900 women from across the UK, 60 percent of Islamically-married Muslim women had not had a civil marriage, meaning that their marriage is not recognized by the law of the UK.

Indeed, the show’s presenter Myriam François-Cerrah said, “When I was 23 I had a religious ceremony with hundreds of witnesses, but it turns out that according to the law, I wasn’t actually married at all… When I got married in London, what mattered to me most was the Islamic nikah ceremony, I just assumed that what I signed would be recognized in English law.”

While no-one enters a marriage expecting a divorce, Ajmal Masroor, activist, and imam, explained the importance of a legal UK marriage saying, “I’ve dealt with a woman who had literally been left with her children on the street. They literally came in front of the mosque and she said ‘My husband has thrown me out. I can’t prove that I’m married to him, I’ve got kids. I have no rights, I have nothing, where do I go?’ Children suffer disproportionately. Women suffer disproportionately. And to me, that’s not acceptable.”

Ajmal continued to say, “If people don’t get married legally in this country, (they) just do the nikah, you cannot take any legal action against, or for, the couple. There’s no legal recourse, it’s not a marriage.”

Ruksana, a successful IT consultant in London, acknowledged that she didn’t pursue a civil marriage in the UK saying “I never thought it was going to fail.” Despite being the main income earner in her home, when she divorced, she had problems. “…If I had been legally married, I would at least have had my house. But here I am, fighting for my share.” She has spent the past five years in and out of courts, spending over a hundred thousand pounds in legal fees, trying to secure her rights

Solicitor Aina Khan, who has been addressing this issue for over ten years, said, “It looks like a marriage, it sounds like a marriage, there’s no way of telling it’s not a marriage… I don’t think you can name one Muslim country where you can get away with that (having a nikah without a civil registration). There’s imprisonment for imams who do not register (marriages), from 3 months in Pakistan, to 3 years in Senegal.” 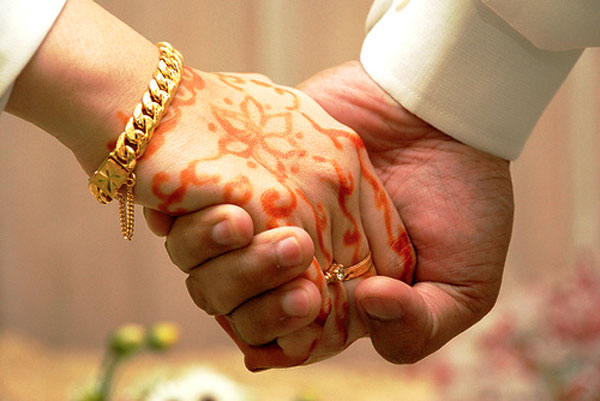 With 3 million Muslims in the UK, this represents a very real problem raising two very important questions, beginning with the quality of the imams that lead UK mosques.

Secondly, what does this say about the quality of our religious leaders when instead of encouraging adherence to the law of the land, they are either ignorant of it, or simply dismiss it?

The program also highlights other wider issues. For example, some British Muslims do not take the long view with regards to marriage, so appear indifferent to nikah’s not being as valid as a civil marriage.

Speaking on the program, Anisa, a community worker said, “The youth, they treat it (nikah) like halal dating. You know they meet a few times, they get married. They do the nikah, that’s it, they’re done. It’s done all the time… I personally know of an 18-year-old girl who has been married five times, and she’s divorced now… I know someone who has been married for three days. People that have been married for a day. They’re just using it as a way of having [halal] sex.”

This raises a wider ethical question, on whether the nikah is simply being used as a tool to have multiple relationships, instead of fulfilling its wider, more holistic objective of bringing a couple together for life.

Another issue raised by the program was the function of the mosque. The show’s presenter, Myriam, asked Bilal Hassam, who works for British Muslim TV, about his marriage to a co-worker, Nadia, who also works for the same TV channel. She wanted to know why they had their marriage ceremony (nikah) at home?

Bilal replied, “Nadia’s home was free and there was something special about it being at home. And the reality is that you can’t do all that we did in a mosque. For us we had Muslims there, non-Muslims there, we played music, we played charades. The culture is such that you do not get married in mosques.”

But since the mosque was also a place of entertainment at the time of Prophet Muhammad, surely mosques today should reflect the Prophetic tradition.

In the case of Bilal and Nadia, they did have a civil service, several months later, validating their marriage according to UK law, but they said that the experience seemed ‘tedious’ and it was viewed very much like a functional ’formality.’

Perhaps the most disturbing issue was that around polygamy. One in ten of those surveyed were in a polygamous marriage, though of these, 37 percent had not agreed to be in one.

When asked, the Chairman of the UK board of Shari`ah Councils, Dr. Ahmed Dubayan said, “I cannot do it, (perform a polygamous marriage) because I cannot go against the law in the country. I know it is in Islam as a religion, it is there, as it is in some schools of Christianity itself. This is their faith and I respect that, but if the law does not allow it then I cannot do it. That’s it.”

This issue, of course, does not only affect British Muslims, but also other religions, such as Hindus and Sikhs, amongst others.

With 3 million Muslim living in the UK today, the path forward must include a solution for those who thought they were married under the law but are not. It must include education for imams. And as in many Muslim countries, imams who do not insist on a civil marriage should be prosecuted for breaking the law.

But other women’s rights campaigners have been trying to address this issue.

Five years ago, for example, Sara Khan, who runs the initiative We Will Inspire, wrote an article on the subject of unregistered marriages and the need to protect women for The Guardian. In it, she writes, “The government should ensure all institutions that conduct nikahs are simultaneously conducting civil marriages. The scandal of unregistered marriages and the resulting humiliation British women have endured should not be allowed to continue in 21st-century Britain.” – The reality is that very little has changed.

Perhaps the saddest revelation from the program was that of the 60 percent surveyed who did not have civil marriages, 66 percent did not have any plan to validate their marriage with a civil ceremony. If, as Muslims, we are obliged to adhere to the law of the land, does this mean that those 66 percent by not doing so are committing zina? Whatever the polemics the situation and circumstance of British Muslims seeking marriage need to improve to meet both the legal and spiritual aspect of marriage. As one of the researchers said, “Everyone knows someone who has been affected,” so we need to address this sooner rather than later.