The Irish singer-songwriter Sinéad O’Connor has revealed that she discovered she had been a Muslim all her life after reading the holy Qur’an for the first time, The Irish Times reported Sunday.

“The word ‘revert’ refers to the idea that if you were to study the Koran you would realize that you were a Muslim all your life and you didn’t realize it. That’s what happened to me,” she said on Friday night’s Late Late Show.

“I am 52. I grew up in a very different Ireland to the one that exists now and it was a very oppressed country religiously speaking. And everybody was miserable; nobody was getting any joy in God.”

In October 2018, the popular Irish singer-songwriter revealed on Twitter that she had ditched Catholicism for Islam and changed her name to Shuhada’ Davitt. 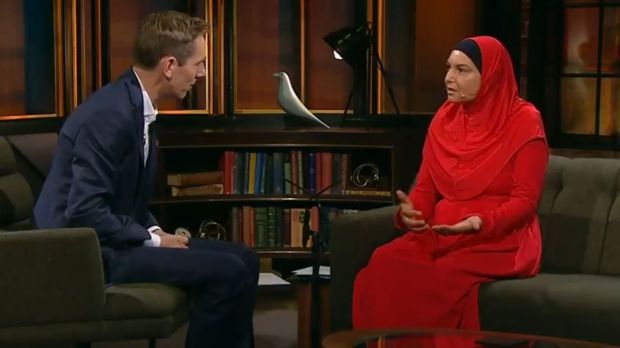 On Friday, she spoke about reading the scriptures as a child and later exploring other religious texts “trying to find the truth about God”. She left Islam until last because she held her own prejudices about the religion, she said.

“I [then] realized oh my God I am home, I have been a Muslim all my life and I didn’t even realize it.”

Asked if she enjoys being 52 and if she was happy in life, the famous singer said she now felt like a 17-year-old.

“My experience of ageing is that as my body is getting older, I am getting younger,” she said.

The singer received a lot of support from people who said they were glad to see her happy and healthy.

Don’t think I’ve ever seen Sinéad seem so relaxed and happy in a tv interview. Good on her. She’s brilliant #latelateshow

So brilliant to see you happy and healthy Sinead. ❤️❤️❤️

Glad to see Sinead healthy and that she has found some sense of peace.
An amazing talent.

According to the 2016 Pew Research Centre report, Religion and Education Around the World, it is estimated that Ireland’s Muslim population stands at approximately 70,000, of whom 2,000 are said to be doctors.