“It has been a huge blessing to see this annual event continue to grow, bringing together young and old, and raising money for so many worthy causes,” Dilowar Khan, Director at the East London Mosque, said.

Starting early in the morning, Shaykh Mohammed Mahmoud, Senior Imam of the East London Mosque, gave participants words of encouragement followed by a brief warm-up session. Afterward, nearly 500 runners lined up at the start line, to be spurred on their way by family and friends. 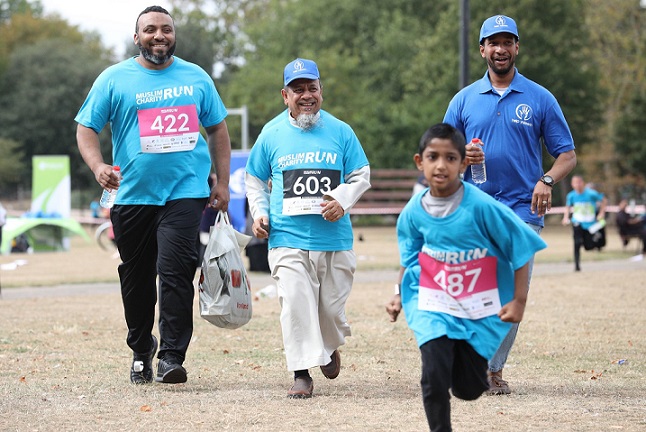 Whilst the participants covered the 5km course, children played on bouncy castles and rides.

Shaykh Abdul Qayum, Head Imam of the East London Mosque, congratulated all those taking part, emphasizing the virtue of exercise and taking care of one’s health, which had been the theme for a recent Friday sermon.

Every competitor received a medal for participation, made especially for the occasion.

“This has been the biggest year so far, with more runners supporting more charities,” Tozommul Ali, Senior Fundraising Officer, for the Mosque, said.

“We’re grateful to all those who took part, and to Tower Hamlets Council for once again making the facilities of Victoria Park available for this wonderful event.”

The East London Mosque, which incorporates the London Muslim Centre and the Maryam Centre, has a rich history, with roots in the London Mosque Fund established in 1910. It has gone on to become one of the most active Islamic institutions in Britain. 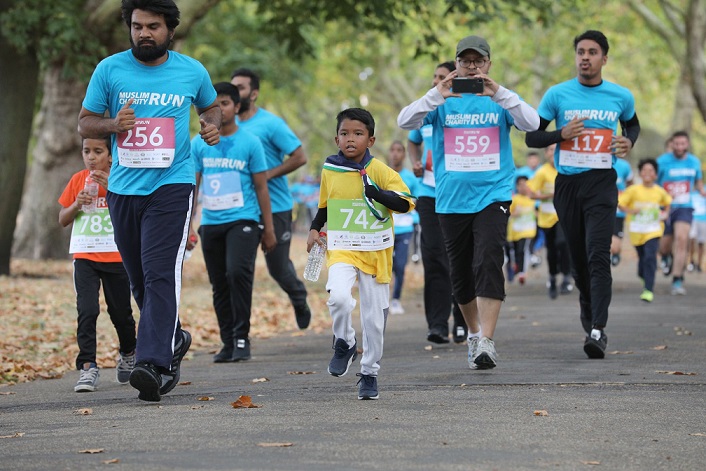 Charity in the UK

As one of the Five Pillars of Islam, zakat or donating and charity is a religious obligation for all Muslims who meet the necessary criteria of wealth.

It’s a mandatory charitable contribution, the right of the poor to find relief from the rich, and is considered to be tax or obligatory alms. 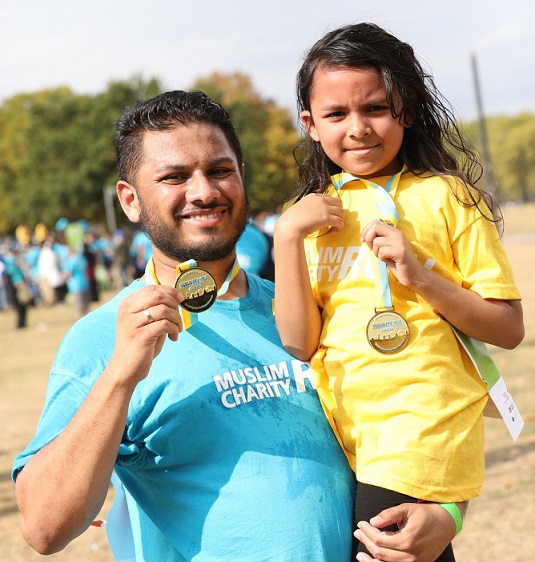 The estimates of 2009 suggested a total of about 2.4 million Muslims over all the UK. According to the Pew Forum on Religion and Public Life, the number of Muslims in Britain could now be around 3 million.

Between 2001 and 2009 the Muslim population increased roughly ten times faster than the rest of society. Most Muslim immigrants to Britain came from formerly occupied nations.

From the 1950s onwards, the growing Muslim population has led to a number of notable mosques being established, including the East London Mosque, London Central Mosque, Manchester Central Mosque, and London Markaz.

Reports assured that thousands of British people convert to Islam annually and there are approximately 100,000 converts to Islam in Britain, where they run two mosques.