LONDON – Established in 2015, Sadaqa Day in UK is an initiative designed to bring Muslims and non-Muslims together to support those in need. (1)

A video posted on their website says, “The idea of sadaqa day… is encouraging people to do things for charity, rather than just giving money for charity… That’s really the best definition of sadaqa.”

The annual event is a growing success bridging communities. From mosques to community centers, British Muslims and non-Muslims have come together to support this very different approach to “sadaqa.’  But what happens when positive activities are held back?

Behind the facade of respectability, a beautiful mosque in Slough complete with dome and minarets, a website full of spiritual messages, a Facebook page with a wonderfully-produced video with the opening words of “Serve, Educate & Inspire,” while the name of God is called out in Arabic, “Allahu akhbar,” (2) sits the well-known problem facing many British Muslim communities.

One of the organizers of Sadaqa Day, Julie Siddiqi, is a British Muslim activist. A convert to Islam, it was on the 23rd anniversary of her shahada (March 16th 1995) that the six male trustees of the Jamia Masjid in Slough informed her that activities scheduled for Sunday 18th March – which is the nation-wide Sadaqa Day – will not be allowed.

Speaking of their intended plans Julie said, “Families with kids and people from other faith groups were due to meet at the mosque to assemble. Then go out and do 6/7 great activities in the community. Litter picking. Homeless feeding. Gardening.”

“Elderly care home visit. Some were going to stay at the mosque and make cards for sick people in hospital. Among the 6 trustees they are saying they had not unanimously agreed. So, despite me writing two long emails to them all, offering to pay any costs for caretaker etc., explaining how much planning had gone in and clarifying that NOTHING else was being done at that time in a huge EMPTY building…. they said their decision is final. Very sad state of affairs. The women involved in Sadaqa Day do fantastic work at that mosque all year round and the place would be lost without them, especially the fantastic school visits they run. So, a real kick in the teeth.” 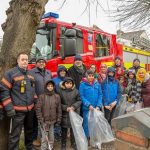 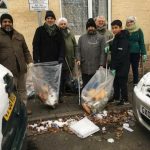 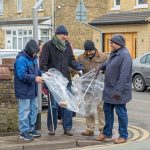 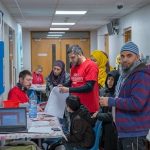 Commenting on mosque’s refusal to be involved, Zack A said, “Typical. Backward men with draconian views that will never change. A mosque is a community hub and facility. Not some exclusive club open to a few.”

Fatima M said, “That’s really sad but somehow doesn’t surprise me. I think people need to complain about this behavior and these trustees should be outed by the congregation. The purpose of Sadaqa Day is giving back to local communities and fight Islamophobia. These trustees are doing the opposite.”

Saira M said, “I feel your pain but not really surprised that committee members/trustees of ‘mosques’ object … just because they can do …”

Silma I said, “The harder the road to get there the more reward for following the example of the Prophet s.a.w. in caring for the vulnerable in our community and demonstrating what Islam is really all about – bringing peace to our world through service to Allah.”

Mariya P said, “Go your own way and do what they won’t. It’s hard and it makes you loads of enemies and it’s pretty exhausting having to go against the grain, but in my experience, you have to pave the paths you want to walk. Their paths aren’t open to us. It’s either start paving or stay where you are, stagnant and directionless and utterly invisible.”

Usman H said, “Trying to be positive here – With initiatives like Sadaqa Day there’s hope that our youngsters won’t blindly follow the path of these men. With broader horizons, thanks to these initiatives, they will understand their own faith better and fear the outside world less.”

Toqeer S said, “This culture will remain in place and intact until this generation of people are dead! Harsh words I know, but a harsh reality. The mindset of this generation can never be changed. All the work we do is to mould the upcoming generations. No point wasting energy on this lot.”

Hanif R said, “It’s just a place with four walls and a roof, go where you are appreciated more. Leave these people in the past as that’s where they belong and if they dare ask you to contribute to mosque funds then give them the one finger salute.”

Farouk P said, “Mosques are very much the domain of the patriarchal elders and their egos. I wouldn’t be surprised if they said so just because a woman is leading the project.”

Amirah S said, “Because these men’s egos get in the way our communities suffer. As a convert this kind of carry on is enough to make other converts leave the deen, they cannot be a law unto themselves,”

Responding to criticism by a few who suggested that Julie should not have spoken out, she replied, “I wrote two long emails. Others spoke to them in person. I was fair and reasonable in my emails and I said that if they did not respond fairly I would speak publicly about them.”

“I have covered their faults for 23 years, literally! Today was the time I felt I need to say it publicly. LOTS of people complain about this and other mosques in private, to each other and nothing is changing. A different approach is sometimes needed. In that sense, uncomfortable as I know this is for some, I stand by my decision. God knows my intentions.”

*The mosques was approached for comment but at time of publishing they have not responded. 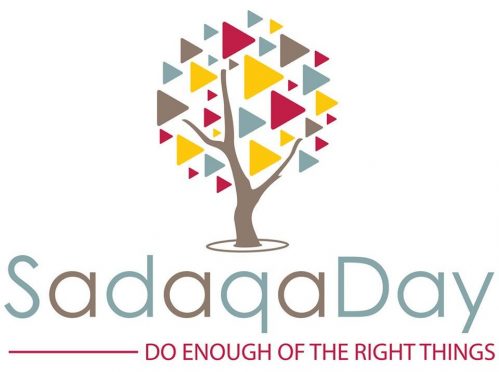 While the mosque is involved in a number of initiatives such as the Muslim Council of Britain’s Visit My Mosque day, the six trustees of the mosque are, like so many other groups of men; those who obstruct our mosques from being the very community centers they are meant to be, because their egos get in the way of community cohesion.

Where there is so much energy and such a strong desire to engage with the community around us, when unelected mosque leadership, the very individuals who should be facilitating dialogue and community outreach become the barriers to dialogue and outreach, then mosque reform is urgently needed.

In the absence of self-regulation by Muslims, approaching government bodies to establish better practice and protocols to ensure discrimination does not take place, may sadly be the only meaningful path forward.

I do have to ask myself, what good is a website listing prayer times, with scrolling images of Arabic calligraphy, a gallery full of photos of men praying and the beautifully designed mosque, videos of the Prophet’s birthday celebrations, blog posts calling for more Muslims to foster, and to donate to the Rohingya. What good is any of this, if the mosque’s function is held back by the egos, perhaps insecurities of its gatekeepers? This freedom to discriminate, to deny others access, is sad. Though as Prophet Muhammad, upon whom be peace once said, ‘If you have no shame, do as you wish.’

Sadaqa Day will continue across the country at those mosques where the leadership are open to the very values a mosque should represent, by British Muslim imams and leaders who are not insecure, by those who embrace and engage with Muslim and non-Muslim societies, and who do not squabble like petty children unable to agree to ‘permit’ an event that will improve the community from taking place.

As Aya B said, “This is shameful. Do not let this day be overshadowed by this patriarchy. Love and blessings to you.”