LIVERPOOL – Liverpool Muslim superstar Mohamed Salah has added a new trophy to his list of awards this year, as he was feted Sunday, May 13, with the Golden Boot for the Premier League’s top scorer, after finishing the season with 32 goals, setting a new scoring record.

His 32-goal haul was two more than Harry Kane, the winner for the past two seasons, Liverpool FC reported.

Salah capped a top day by also being named the Premier League player of the season for 2017/18.

Receiving the award at Anfield, Liverpool’s fans cheered Salah’s daughter, Makka, as she moved around with a ball on the field.

Liverpool ended up in fourth place for the second straight season. 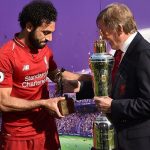 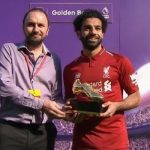 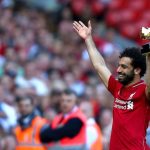 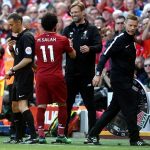 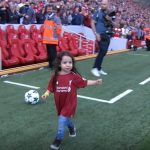 The Egypt star – the first African winner of the award – also won the Professional Footballers’ Association player of the year award in April.

Two months ago, the traveling Liverpool fans in the streets of a Portuguese city in midweek struck up a new chant to the tune of the 90s hit “Good Enough” by Dodgy with the line: “If he scores another few, then I’ll be Muslim too!”