LONDON – Hundreds of young Muslim and Jewish volunteers came together on Sunday at East London mosque and dozens of venues across the country to cook up traditional pots of soup as part of the Jewish Mitzvah Day, or charity day.

“This is a new experience for us. I’ve never made Jewish chicken soup before, but I’ve been practicing for two weeks, including on my family,” Tahir Iqbal, events director of Elite Caterers, told The Guardian.

Elite Caterers, was in charge of preparing 90 halal chickens for the pot. His company, which caters for Asian weddings and corporate events, donated the ingredients, equipment, and transport for the cook-a-thon.

Mounds of carrots, garlic, onions, and celery were peeled and chopped on long benches by Muslim scouts, volunteers from Muslim Aid, members of the B’nai B’rith Youth Organisation and the New Stoke Newington Shul. 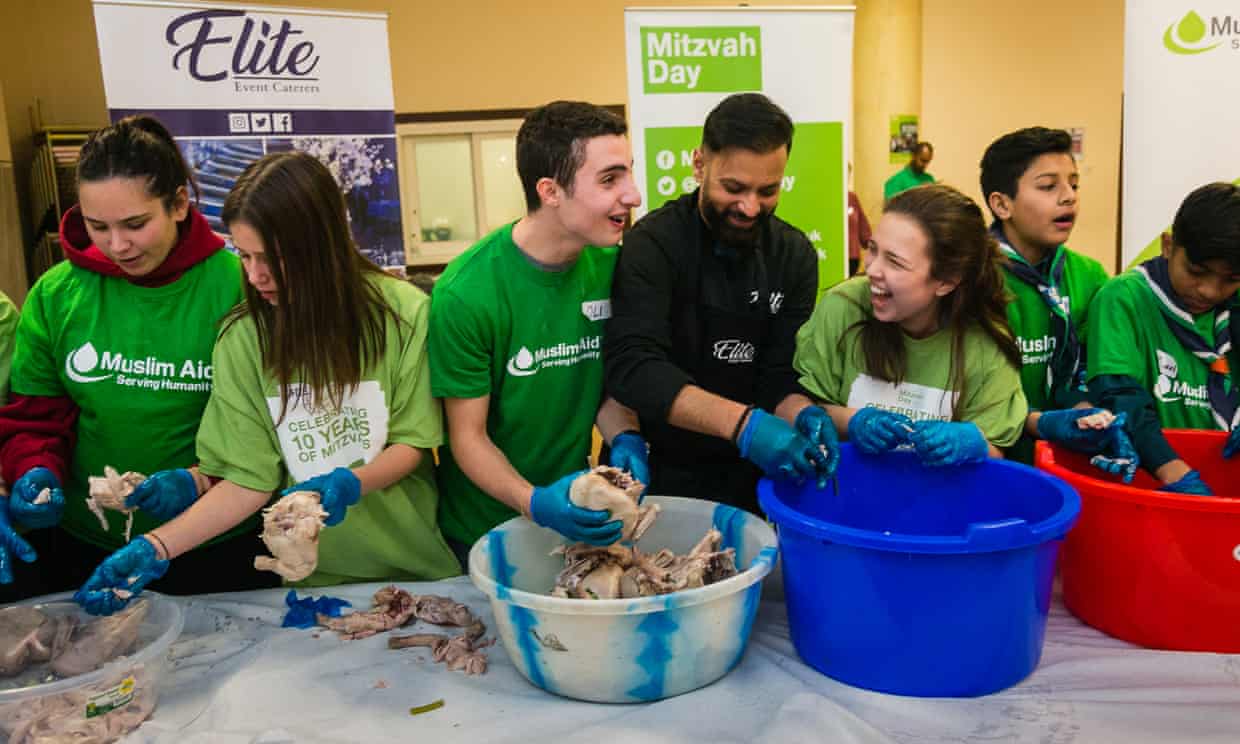 ‘Mitzvah Day is about the common values that underlie both religions.’ Photograph: Yakir Zur

London School of Economics students showed up with the matzo meal, the traditional dumpling served with chicken soup.

The cook-a-thon event on East London mosque was only one of hundreds of events held on Sunday.

Across the UK, more than 2,500 servings of soup – kosher, halal, vegetarian and vegan – were being cooked at 20 venues, with soup-making events also taking place in Germany, Poland, South Africa, and Australia, as part of Mitzvah Day.

Other activities undertaken by more than 40,000 volunteers around the world included hosting tea parties for refugees, collecting and sorting clothes and food for those in need, cleaning up cemeteries and parks, and visiting care homes. 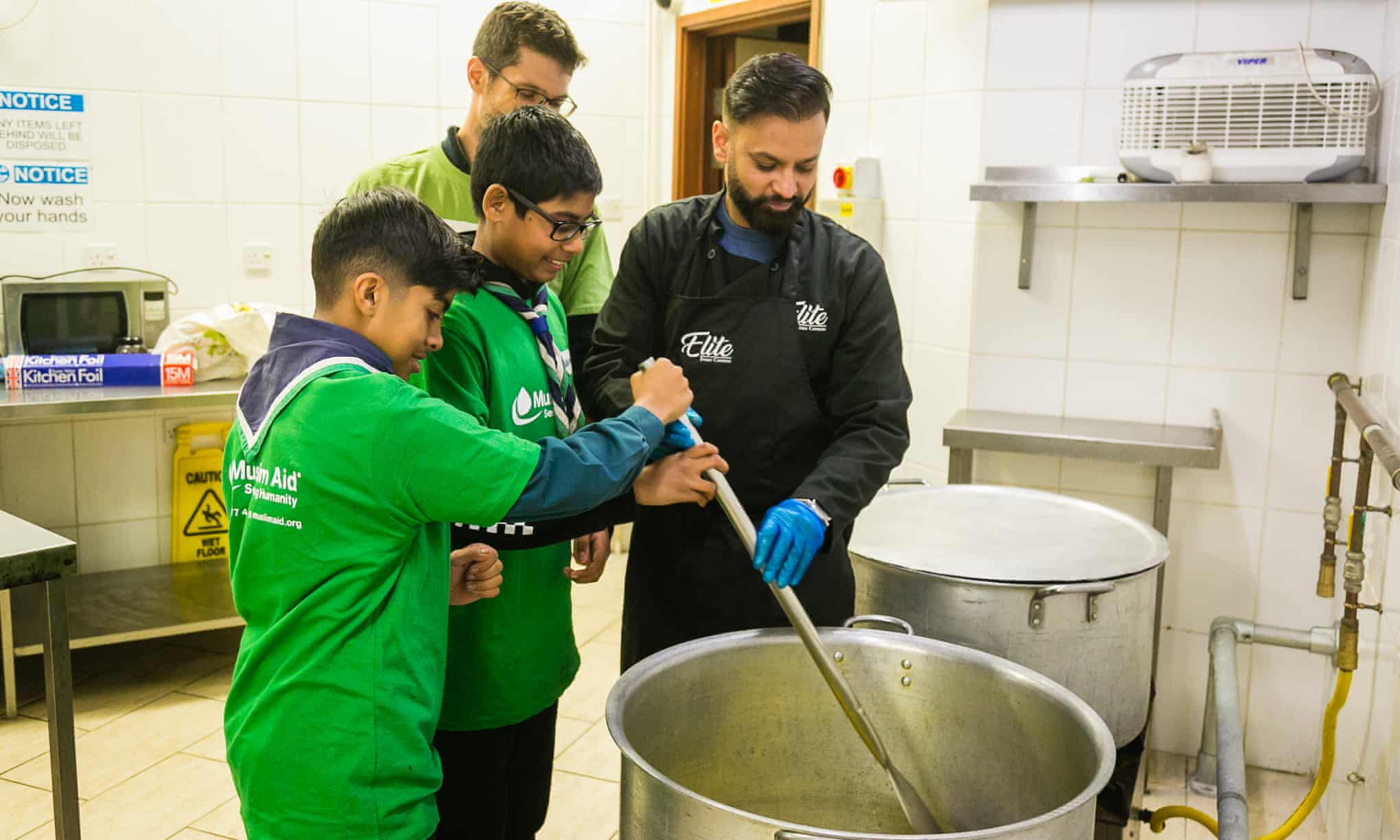 At East London mosque, 900 servings of chicken soup and more than 100 portions of vegetarian (spinach, walnut, and yogurt) soup were being delivered to projects run by the Salvation Army, St Mungo’s and the Acre Lane Centre, based in Brixton, south London.

“Chicken soup is the Jewish food of choice,” said Laura Marks, the founder, and chair of Mitzvah Day.

“As well as its famed medicinal properties, it has all sorts of emotional properties – friendship, family, togetherness, love, nurture – they’re all in that bowl.” 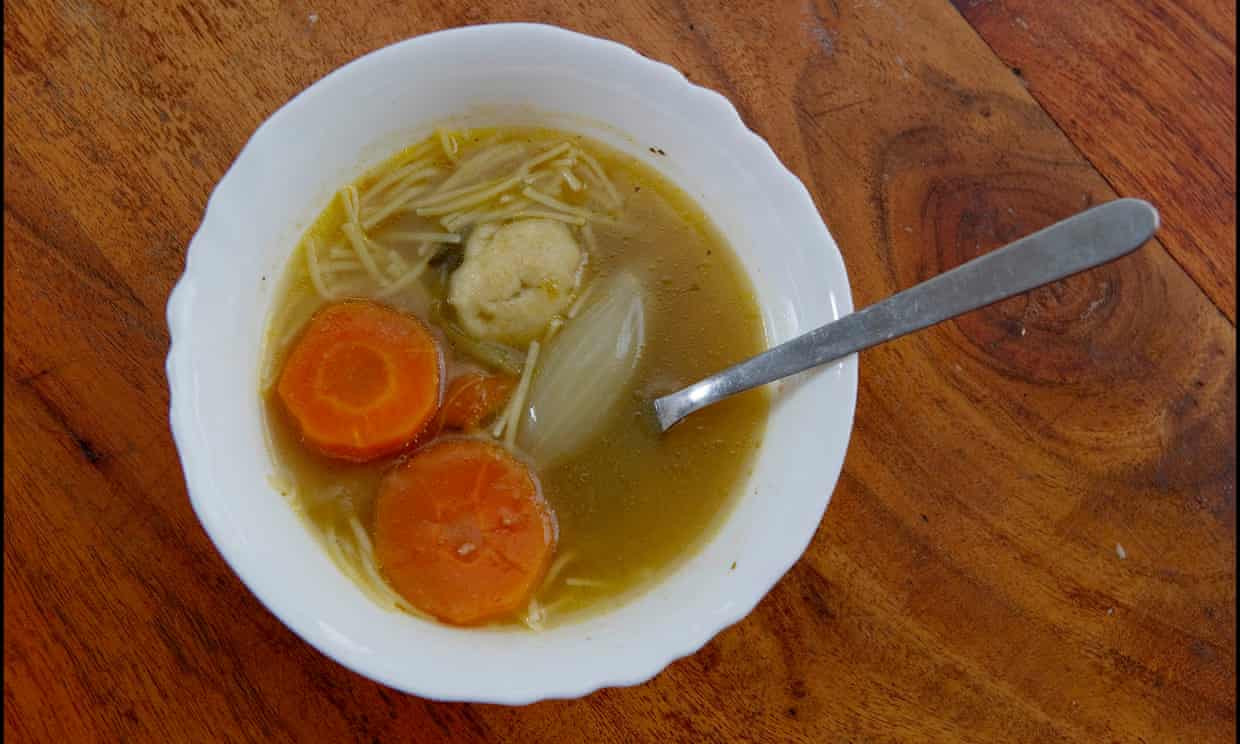 The event was an opportunity to bring both the Jewish and Muslim community to a common ground of charity giving.

“Mitzvah Day is about the common values that underlie both religions – the commitment to social action and social justice,” Marks said.

“We are both commanded by our faith to do good deeds and contribute to society. Most of the Jews here today won’t have been in a mosque before, and most Muslims won’t have Jewish friends. But here we are, chopping vegetables together.”

Jehangir Malik, the chief executive of Muslim Aid, which teamed up with Mitzvah Day for the event, said the chicken soup cook-a-thon was “a wonderful initiative to bring our two communities together in a part of London which is meaningful to both of us and to spread a positive interfaith message around the world.”

“Food brings us together,” added Marks.