The Duchess of Sussex, Meghan Markle, donned a cream-colored headscarf during a visit to South Africa oldest mosque in Cape Town Tuesday with Prince Harry, The Express reported.

“What’s so amazing about being here today is seeing there is so much good happening in the world and there’s so much positivity, and diversity and inclusivity,” she said on Tuesday.

The Duchess wore an olive green maxi dress that covered her shoulders and a headscarf for her visit to Auwal Mosque in Cape Town, South Africa, with Prince Harry.

The Duke and Duchess of Sussex and baby Archie kicked off their first official royal tour as a family of three on Monday.

At the mosque, which is the oldest in South Africa, the royal couple viewed what is considered the first-known manuscript of the Quran in Africa. The sacred book was drafted by Tuan Guru, a religious leader and political prisoner who was imprisoned at Robben Island in the late 1700s. 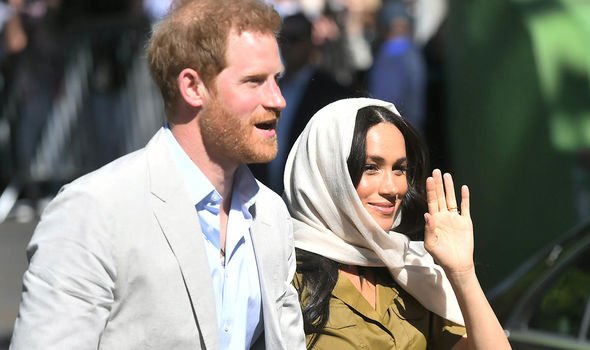 The mosque is viewed as a symbol for freedom of worship, often hosting cross-cultural events to bring together people of different faiths.

On Tuesday, forty-four mosques across South Africa opened their doors to the public to mark the Heritage Day, promote social cohesion, and encourage the building of the rainbow nation.

The 2018 National Mosque Open Day hosted an approximate attendance of 800 visitors across 20 mosques in four provinces that participated. 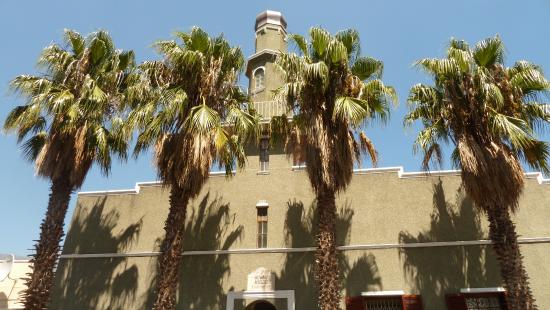 The second phase was the arrival of South Asians during the British occupation as indentured laborers to work in the sugar-cane fields between 1860 and 1911. The third phase, following the end of the Apartheid regime, has been marked by the wave of African Muslims that have arrived on the shores and borders of South Africa. Moreover, there is a considerable number of modern Muslims from India and Pakistan that have arrived as economic migrants.

The Auwal Mosque, built in 1794 in the Bo-Kaap neighborhood of Cape Town, is recognized as the country’s first mosque.