BIRMINGHAM – More than 140,000 Muslims gathered in Birmingham Friday, June 15, for a record-breaking `Eid Al-Fitr prayer, marking the end of Ramadan.

“This celebration is one of the most important in the Islamic religious calendar and it’s an opportunity for us all to come together in peace and unity,” a spokesman for Green Lane Masjid and Community Centre, the organizers, said, Standard UK reported.

“We’re overwhelmed that so many people from different faiths and from across the world have traveled to Birmingham for this year’s Celebrate `Eid.

“We’ve been working for months with five local mosques and our charity partner Human Appeal to organize the community for a memorable day of prayer, games and fun,” he added.

From early hours on Friday, worshippers gathered in the city’s Small Heath Park for the `Eid festivities. 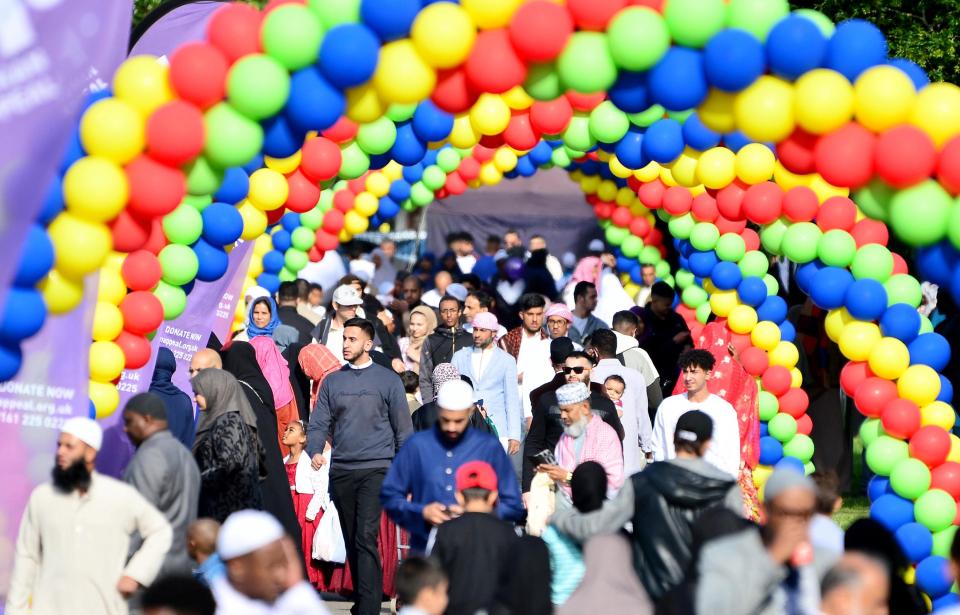 The “Celebrate `Eid” event – the largest of its kind in Europe – has seen a ten-fold increase in attendees since 12,000 took part in the first one in 2011.

Muslims of all ages came together for morning prayers, before enjoying festivities including fairground rides, miniature golf, and laser clay pigeon shooting.

Food and drink from local stalls were also on offer, and organizers from Green Lane Masjid and Community Centre heralded the event’s continuing success and growing popularity.

More than 200 volunteers helped to clear up the park, once the festivities concluded.

`Eid Al-Fitr is one of the two main Islamic religious festivals along with `Eid Al-Adha.