“I actually feel more at home and more a part of a community than I ever have in my life,” she said.

“Allah was calling me home.”

The Canterbury resident had migrated with her family from America to New Zealand when she was seven-years-old to settle in Christchurch.

A few years ago, personal tragedy struck when she watched her boyfriend get hit by a train.

“If God is so mighty and he could do anything, why couldn’t he save me from having to go through that? It pushed me away even further from wanting to be faithful.” 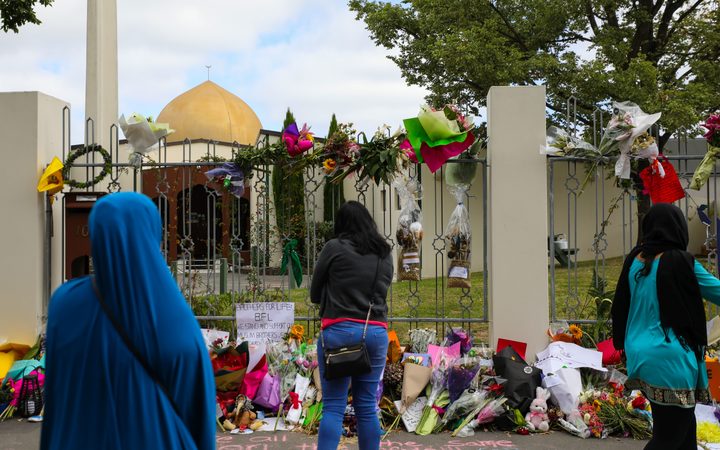 After Christchurch attacks, Megan went to Hagley Park for Friday prayers along with thousands of others still reeling from the attacks. She remembers how the Imam’s prayers deeply moved her.

“It was rhythmic and it made me feel inside,” said Megan. “I wanted to join in to do the movements but I didn’t know how – so I just stood there and I cried.”

Megan is not the only Kiwi woman to find Islam recently.

According to Imam Nizamul Haq Thanvi of the International Muslim Association of New Zealand, a growing number of New Zealanders were converting to Islam.

The imam said that all sorts are coming to mosques.

“Pākehā, Māori, former Christians, even one Hindu,” he said.

Imam Thanvi said in the few weeks after the attack, three to five people a day had converted at a Wellington mosque. For another month after that, it was one or two a day.

In Manawatu, the local Muslim Association Chair, Zulfiqar Buton, has met six converts and has heard of many more.

In Otago, they ran out of materials at a recent open day and are planning another while Auckland mosques also reported more visitors.

Only a few days after the attacks, a British woman from Nottinghamshire visited Ibraheem Mosque in Beeston town to pay her respect and got out of it as a Muslim.

The kiwi is recognized as an icon of New Zealand, and the association is so strong that the term Kiwi is used internationally as the colloquial demonym for New Zealanders.

In 2000, the Department of Conservation set up five kiwi sanctuaries focused on developing methods to protect kiwi and to increase their numbers.