“We see big potential for the Hajj and Umrah market and we have the added advantage of having years of experience providing such a service,” said Malaysia Aviation Group CEO, Captain Izham Ismail.

“The aim is to establish an air transport system and infrastructure dedicated for Hajj and Umrah for Muslims not just from these three countries but also other ASEAN countries,” said Ismail.

The Kuala Lumpur-based carrier said the service, branded as Amal, will be the world’s first to offer dedicated pilgrim-centric flights for Muslim passengers.

According to Bernama, a Malaysian news agency, Amal aims to win over 60% of the country’s Hajj and Umrah flight market within the next two years and is also targeting a 10% market share in Indonesia. 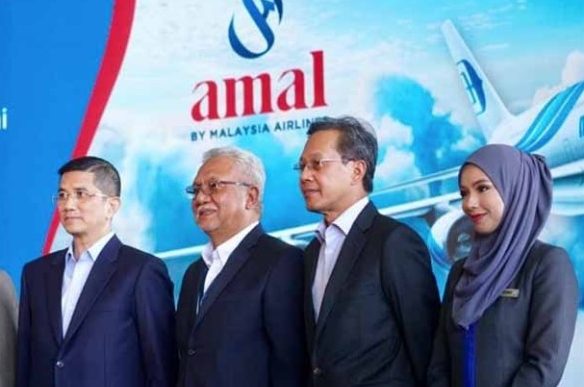 “It is a privilege to be part of our pilgrims’ remarkable journey and we envisage Amal to be the best pilgrimage carrier in the world through an enriched onboard experience,” said Hilmi Sallahudin.

“The establishment of Amal is also hoped to alleviate the overall quality of services in the pilgrimage market which is often associated with non-premium services. As Saudi Arabia aims to quadruple the number of pilgrims to 30 million by 2030, Amal is honored to play a part in making Saudi Vision 2030 a great success.”

Makkah and Madinah are the ultimate destination of  Hajj when as much as three million Muslims visit both cities to conduct the rituals.

In a report published last month, the General Authority for Statistics (GaStat) in Saudi Arabia estimated that the total number of pilgrims visiting Makkah, Islam’s holiest city, in the last 25 years reached 53,928,358.

On the other hand, during two seasons, their number fell below two million, with the lowest number of pilgrims recorded in 1995 (1415H) which brought 1,781,370 pilgrims.