The Larabanga mosque in Ghana was founded in the early 1400s by one of the Prophet’s Companions, Ibrahim Ayuba al-Ansari, who was sent here from al-Madinah

ACCRA – Located in the ‎Northern Region in Ghana, the Larabanga mosque was built in the Sudanese architectural style, IlmFeed reports.

Built with mud and reeds, the mosque has two tall towers in a pyramidal shape, one for the mihrab which faces towards Makkah, forming the facade on the east, and the other as a minaret in the northeast corner.

A Visit to the Oldest Mosque in Ghana

A visit to the Larabanga Mosque – the oldest mosque in Ghana.

These are buttressed by twelve bulbous shaped structures, which are fitted with timber elements.

Despite the hot temperatures of the Larabanga area, the mosque stays cool inside due to it being constructed from mud. 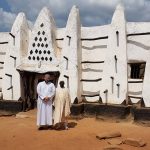 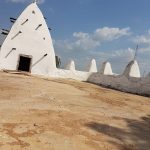 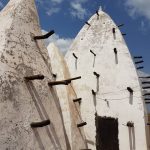 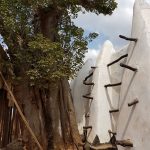 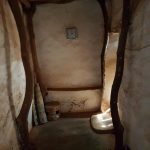 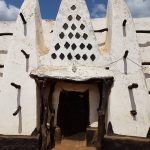 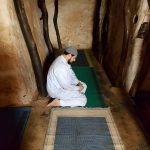 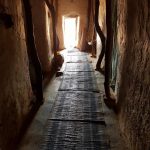 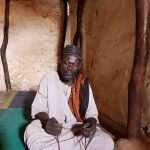 It is said that the founder of the mosque, Ibrahim Ayuba al-Ansari, was buried in this place where the tree has grown. The locals say he was from Banu al-Najjar, the same tribe as the mother of the Prophet Muhammad (peace and blessings be upon him).

Every year after the rainy season, the local residents of Larabanga come together and renew the mud on the outside of the mosque and repaint it.

The branches of wood serve as markers to indicate the levels and height of each part of the building during this process.