This year I attended the RIS convention in Toronto for the first time. It is one of North America’s largest Islamic conferences, where Muslims from all over the world gather to hear renowned scholars, listen to fantastic nasheed artists and see what great goods they can buy from Muslim sellers.

I was excited to listen to sister Lauren Booth, Sheikh Omar Suleiman, Mehdi Hassan and Imam Zaid Shaker among many others. I was not let down by the amazing speeches mashAllah! They exceeded all of my expectations without a doubt.

As we strolled around the conference, I was delighted to see the diversity of Muslims from all different races and ethnicities, many families and what’s more exciting, a lot of young people!

There was an amazing youth program aimed at young people between the ages of 12-18. It featured Somali Canadian photographer Yasin Osman, who ran a workshop on photography for the youth. It also featured a comic book workshop with David Anthony! All things related to the youth of today.

It wasn’t just the youth program that appealed to the youth! I was surprised at how many of the volunteers at the RIS conference were young Muslims. They were helping the smooth organization of the conference from letting people inside to helping people find seats in the main hall. I was astonished at how many young people were helping to run one of the largest Islamic conferences in North America. 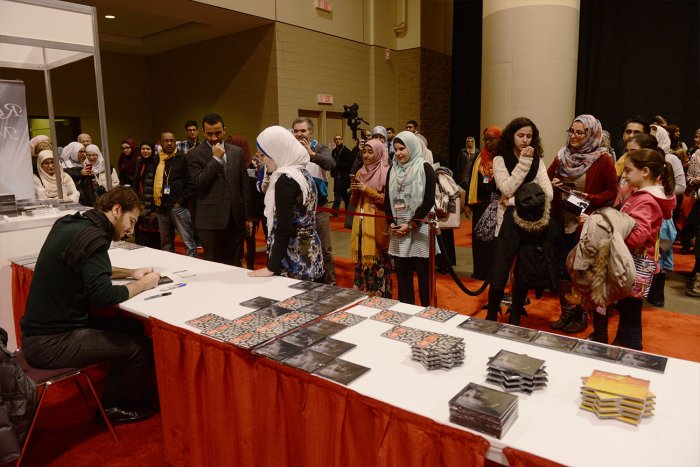 Being Canadian and Muslim

However, in RIS, I found the opposite. So many of the young people were clearly Canadian and clearly Muslim and they were happy to show it and be there playing an important role in this amazing convention.

I thought to myself, this kind of conference, this kind of empowerment that the organizers give to the youth to help run the conference over the course of the weekend, is something that all of us should be aiming to do with our youth.

I was impressed with the conference as a whole, it was well organized, there were excellent speeches, the bazaar was amazing, but seeing all these young Muslims so enthusiastic about this amazing Islamic conference, willing to help out and be a part of it, filled me with so much hope. This is the way we need to head. Muslim youth are the future and we need to give them a bigger voice.