The response from the khalîfa

The words of Zaynab bint ‘Ali echoed throughout the palace, and Yazîd ibn Muʿâwiyah remained silent. Such was the granddaughter of the prophet: unafraid, even in a position of seeming defeat and humiliation, to speak words of truth to an individual who clearly had no hesitation in demanding the blood of his opponents.

And such was the baraka (blessings) of her words that, rather than punishing her, Yazîd released her household and returned their wealth to them.

In fact, he was so moved by her words that as the people of Ahl Al-Bayt prepared for their next journey, Yazîd took Zaynab’s nephew Zayn Al-ʿÂbidîn aside to express his remorse for the treatment of the Prophet’s family during the events of the 10th of Muharram and its aftermath.

May Allah curse Ibn Marjânah. Lo, by Allah! Had I been one of your father’s companions, he would never have asked me for anything except that I would have given it to him, and I would have protected him from death with everything I could, even if it meant that one of my sons had to perish. However, Allah decreed what you witnessed, my young son. Write to me from Madinah with all your needs.”

Zaynab and her family chose to go back to Madinah, but their stay was cut short. Alarmed by the reaction of the people of Madinah to Zaynab’s return, the governor ʿUmar ibn Saʿîd wrote swiftly to Yazîd, saying:

The presence of Zaynab in Madinah arouses people’s emotions and roils their thoughts because she is eloquent and intelligent. When she talks, she grabs their undivided attention, and when she delivers a speech, she enchants their minds and hearts. It is possible that she will request justice for the spilling of Al-Hussein’s blood, which will have undesirable effects and ramifications that only Allah knows.

Finally, she retired to Egypt, where she devoted the last years of her life to worshiping Allah, embodying once more her title of âbida.

What we owe to ourselves

Thus was Zaynab bint ʿAli ibn Abi Ṭâlib: a woman in whose veins ran the blood of the Messenger of Allah, whose tongue recited the Words of Allah, whose life was marked by sorrow and grief without end – yet whose faith never wavered, whose courage never diminished, whose dignity never faded.

It is all too easy to end her story on such a note, to admire her as a heroine without peer, to place her upon a pedestal and leave her there. However, her life was much more than just a fascinating historical incident – rather, it is a sign for us to reflect upon, a lesson for us to learn from.

Ahl Al-Bayt. Karbala. Al-Ḥassan. Al-Ḥussain. Yazîd. These terms and names tend to make many of us feel uncomfortable, referencing incidents in the history of the Muslim Ummah both painful and polarizing.

The aftereffects of those events continue to be felt today, and are considered to be one of the main reasons for the difference between Ahl Al-Sunnah wa Al-Jamâʿah, and the Shîʿa. Outside of academia, the topic usually arises in Muharram and the Day of ‘Ashura’ – and even then, the focus for Ahl Al-Sunnah lies not in discussing what took place at Karbala, but on the Sunnah of fasting the 9th and 10th of Muḥarram.

However, it is time that we of Ahl Al-Sunnah question why we shy away from speaking about Ahl Al-Bayt –the family of RasûlAllah including his grandchildren Al-Hassan, Al-Hussein, and Zaynab bint ʿAli–when we are the ones who should love them most. Their stories are our stories to know; their lives are examples for us to learn from.

Furthermore, we have spent far too long focusing on the Shîʿi vs. Sunni aspect of the events of Karbala without once stopping to think about what we have to learn from it about ourselves – about our tendency to deflect, to avoid acknowledging difficult realities in our Ummah, to avoid taking responsibility for ourselves and our own mistakes. We owe it to ourselves, to our Ummah, to come to terms with this sordid history—and actively to stop perpetuating its fallout. How? 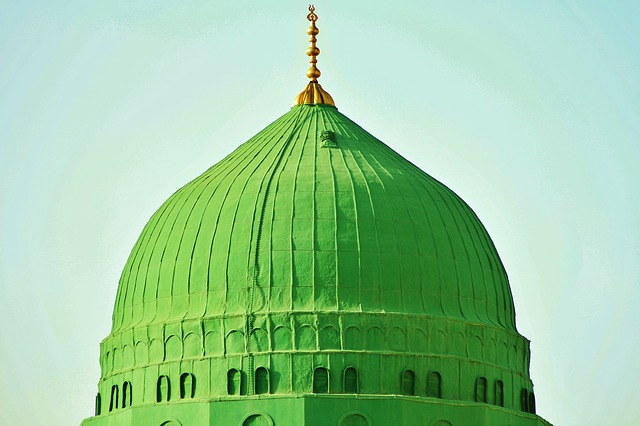 Zaynab bint ʿAli was a powerful figure because she called out the brutality of Muslims towards other Muslims, towards the family of RasûlAllah (the prophet) himself. Today, we might not be harming Ahl Al-Bayt, personally, ourselves, but this Ummah is supposed to be one body, and we need look no further than our own masajid to see the pain we have wrought amongst ourselves.

Much of our reluctance to speak about the events of Karbala, to learn about the lives of Ahl Al-Bayt and what was done to them, is a reflection of our general weakness in being hesitant to admit that Muslims can and do turn on each other because of power and politics, and use din as a justification for dunyawi goals.

The story of Zaynab bint ‘Ali has very little to do with Shîʿa vs. Ahl Al-Sunnah, and everything to do with learning what it means to face the harsh realities of our Ummah. Her spirit and her words, her devotion to Allah and her refusal to accept quiet defeat, should inspire us to have the courage and determination to speak against the wrongdoing that we commit amongst ourselves.

We cannot claim to be obedient to Allah or to love His Messenger when we are the ones who abuse each other – politically or financially, within our homes and within our marriages.

There is no outward enemy to blame for the Muslims in our own communities who are being beaten and abused by their own spouses because we are not providing them with the support they need; there is no one else to blame when we support political parties or individuals whose concern is not justice, but power over the masses.

Like Zaynab bint ʿAli, we must be ready to prove our sincerity of faith by being willing to experience hardship and difficulty for the sake of Allah – seeking His Pleasure alone, finding our honor not in trifling political tidbits or the advantages of financial gain, but in living His din and striving to fulfill what it means to be the khulafâ’ (guardians) of this earth.

We are currently the Ibn Ziyad’s of our Ummah, but we can also be its Zaynab’s… if only we have the courage to live like the forgotten heroes and heroines of our past.

Re-published from Aljumuah.com with a kind permission from the author.