Yemen, the second-largest Arab state and poorest country in the Middle East, is currently facing one of the worst humanitarian disasters in recent history.

Its people are in desperate need of clean water, food, clothing and essential medical aid after fleeing their homes to avoid getting caught up in the violent conflict.

Families are forced to choose between food and other necessities, like water and medicine.

An estimated 85,000 children under the age of five have starved to death.

Around 14 million people – which is half of Yemen’s population – are currently at risk of famine. It could be the worst famine in 100 years.

IlmFeed team along with Human Relief Foundation have launched this fundraiser to raise money in order to send food to our brothers and sisters in Yemen. 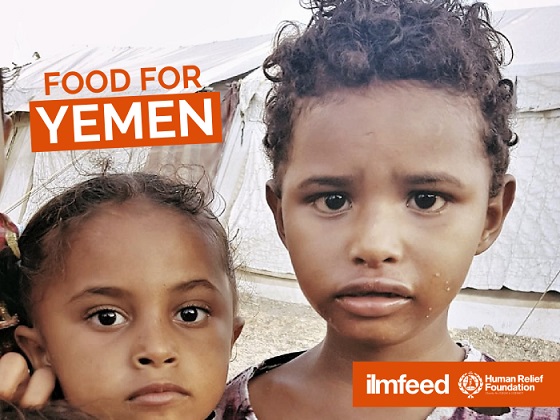 Through this fundraiser, they aim to raise at least £50,000 which will provide 10 trucks full of food containing rice, flour and ground wheat to the people of Yemen.

Each truck will contain 7 tonnes of food which will feed around 230 families for an entire month.

Donate whatever you can.

Check the fundraising campaign on Launchgood and spread the word.