aaa
Q I met a Muslim woman online with the intention to practice my English. At first, I thought she was single because her face looked so young, but then I learned that she was married. I found out she was almost 10 years older than me. She treats me as her brother, helping me to learn English. Day by day, I’ve begun falling in love with her. I was so sorry to hear her sad story; she has been asking for a divorce since she was pregnant with her 1st child. She has now 3 children. Her husband treats another woman kindly, but not her. Before I met her, I was not a religious Muslim, but she made me pray 5 times and day and read the Quran. Then I began to suffer and ask her to marry me if she gets divorced. But she can’t do anything. She has already told her husband that she fell in love with me, thinking her husband would give her divorce if he gets to know she has cheated on him. I have never met her; we only chat and video call each other and talk in a good way. We have not done anything bad. What should she do to make her husband divorce her? She is afraid she would commit sins until the rest of her life because her husband does not treat her well. She asked me to not communicate until she gets divorced and told me to find another girl if I want because she is afraid I would suffer more. Please help.

“She has asked you not to communicate until she gets a divorce and you should respect this. Having this space away from her will put you in a better position to make more rational choices about the best way to move forward. Pray to Allah (swt) and make istikharah.”

You are having a difficult time right now because you have found a woman you would like to marry, but she is married to someone else, so it is not an option right now. Since you have been chatting with her, you have found that she motivates you to increase your acts of worship; you pray more and read the Qur’an. Ma sha’ Allah, this is great news, but there are some very important things you also need to consider.

Firstly, whilst it might feel like chatting or video calling online is perfectly harmless as you are not physically in the presence of each other, it can actually be just as harmful as meeting with someone in person. As you are not her mahram, it’s not permissible for the two of you to be alone together, even if it is online. As you have seen yourself, this opens the doors for feelings to develop for one another, even if the initial intentions were perfectly innocent such as to learn English. You have seen firsthand how this has led to feelings so intense that you now desire to marry her.

“Behold! A man is not alone with a woman but the third of them is Ash-Shaitan.” (At-Tirmidhi)

Consider the conditions under which she is taking to you now. You like this woman very much and would like to marry her, but it is somewhat concerning that she is talking to other men behind the back of her husband. This raises the concern that if she can do this to her husband, she might do it to you after you marry. Try putting yourself in her husband’s shoes. How would you feel? Wouldn’t you be upset or angry that your wife is taking to another man, even if it is only via online chat and not in person?

May be he is treating her badly, but understand that you are only hearing one side of the story; her side. The circumstances in the home may be very different to what you know of it and, therefore, you should be careful of making judgments of other people without hearing their own side of the story.

As your chances of getting married to her rely upon her divorcing her husband, it is best advised that you do not interfere in their relationship as it is not your business. If she divorces him and chooses to marry you then you can be there to comfort her. But for now, it is something for them to work through with their own families. It may be that you unintentionally advise her to make a bad decision that she later regrets and then will come back and blame you for it as many other people involved in the situation. Keep in mind that she has 3 children who will also be affected by this.

She has asked you not to communicate until she gets a divorce and you should respect this. Give her the space to do what she needs to do without overwhelming her in what already sounds like a difficult scenario. It is your choice at this time whether you choose to wait it out and pray she comes to you when she is ready or, given the circumstances, you choose to seek marriage elsewhere. Having this space away from her will put you in a better position to make more rational choices about the best way to move forward. Pray to Allah (swt) and make istikharah. Ask Allah (swt) to forgive you for your behavior with this woman for Allah (swt) loves when people ask for forgiveness.

Say, “O My servants who have transgressed against themselves [by sinning], do not despair of the mercy of Allah. Indeed, Allah forgives all sins. Indeed, it is He who is the Forgiving, the Merciful.” (Quran, 39:53)

As we know, marriage has many benefits and protects us from many sins. So, you need to be honest with yourself about how long you can wait without being tempted into sin outside of marriage. Take time to weigh up the costs and benefits of both waiting for her. Will it work under the circumstances under which you have become acquainted? Or maybe is it the best to leave this relationship and look for marriage elsewhere?

May Allah (swt) grant you a righteous spouse who will be the coolness of your eyes. May He (swt) also ease the affair of the lady in question. 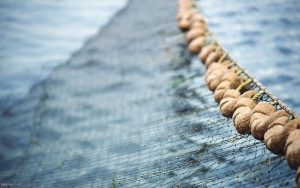 Trapped in The Net of a Married Man 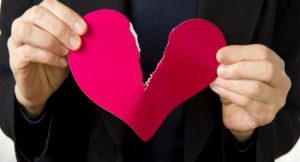 A Man in Love with a Married Woman: Allowed? 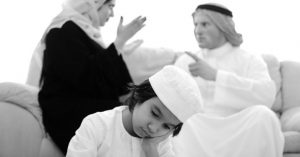 Valid Reasons for Divorce in Islam