aaa
Q I met a guy through a close friend. From the first day, he said that he had intentions to marry me. I didn’t even love him at that time. But then he called my elder sister and my parents. I wasn’t willing to meet him as I had an idea about him from the conversation that he was horny and would definitely touch me if I met him. Therefore, I told him to meet my parents and only then I would meet him. He met my parents the very next day and asked my parents’ permission to marry me. My parents actually liked him. He said he has some personal issues right now, so he can't engage his parents yet. I trusted him and started meeting him.

Things got out of control and we started a physical relation. Sex didn’t happen, but everything else pretty much happened. I always tried to stop him, but he always insisted and said that we are going to get married. After few months, he got changed. I realized that he had used me physically and then just dumped me saying that he doesn’t need me anymore. He deceived my parents and me in particular. I even came to know that he was engaged when we were together. He got into a relationship with me just for physical stuff and when he got bored, he left. He even used my parents for this purpose!

I used to be a sinful girl, but after what he did, I have completely changed. I repented, and now I pray five times a day, read Quran and wear hijab. I don’t go out anymore. He is married now and happy. But I am very much in pain. I cry every day thinking about why he did this, and why he is happily married after causing me so much pain. I came to know afterward that he had physical relations with so many other girls. I even found some naked pictures of him with other girls. It shows that it was his habit to trap a girl, use her physically and then dump her. He even contacted me before getting married and asked if I am willing to have an extramarital affair with him as he doesn’t like his future wife.

My first question is whether ALLAH will forgive him if I don’t (considering that I was also in haram relation with him)? The only difference is that I loved him and he didn't. My second question is why is he happy after causing me so much pain and deceiving not only me but my whole family? Please answer me. It haunts me every day.

• To be clear, Allah does not care what you did in the past. He only cares that you realized your sin and overcame it by ending the sin and asking for forgiveness.

•  I would suggest that you focus on yourself and your goals from this point forward.

•  I understand that many cultures put negative stigmas on females who have had sexual experiences prior to marriage. I would like to remind you that this is a culture and not Islam.

Thank you for sending us your question. It seems like you are currently suffering from the trauma this man has caused you. I ask Allah to help you overcome whatever he did to you and to help you forgive and love yourself in order to move on.

Sister, I would first like to say that I am proud that you decided to change and become a better person. This is from Allah’s mercy upon you; He made you realize through that man that you were doing something wrong. As a result, you repented. This is in of itself a triumph; it is an indication that in sha’ Allah you have won. Please believe it, for Allah wants you to value yourself and to move away from the sinful things – regardless of whether you once did them.

Don’t Put Yourself Down!

I can read that you are very upset with yourself and think very low of yourself at this point. Don’t continue to put yourself down like you did when you were with this guy! Allah made you realize that this relationship was bad for you and it ended al-hamdu lillah. Believe it that this realization was Allah’s mercy on you. It could have been much worse. Allah decreed that each and every human being commit sins. It is a natural part of life. But the one who is special to Allah is the one who overcomes one’s desires, stops sinning, and sincerely repents.

To be clear, Allah does not care what you did in the past. He only cares that you realized your sin and overcame it by ending the sin and asking for forgiveness. Forgiveness means that you have acknowledged that something happened in the past which was wrong; you ended it, and made a choice not to let it define who you are now. In other words, Allah wants you to move on by assuring us that He will forgive every sin we commit as long as we realize that it was wrong and we repent.

As for your question related to whether or not Allah will forgive that man, please leave that to Allah. No human being can say whether or not that man will be forgiven or not forgiven. Forgiveness is designated to Allah alone. Don’t make this guy your problem now. Move beyond him and start making yourself busy with things you believe are important.

Focus on Your Goals

I would suggest that you focus on yourself and your goals from this point forward. If you want to work on becoming a better Muslim, then, by all means, work towards this goal. Understand that Allah took you away from this guy because He loves you and wants you to live a different and better life. Make it a reality.

I understand that many cultures put negative stigmas on females who have had sexual experiences prior to marriage. I would like to remind you that this is a culture and not Islam. Don’t let it get to you. Focus on yourself now and learn to love Allah. Once you start to busy yourself with focusing on Allah, you will realize that He only wants us to love ourselves, because only this positive energy from love can we attain greatness.

May Allah help you, 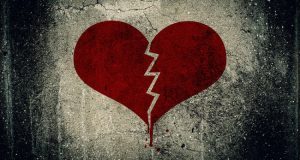 I Refused to Have Sex, So They Dumped Me 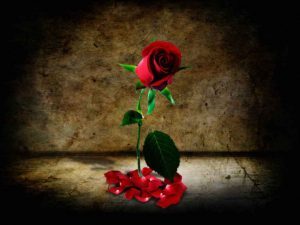 I am Deeply in Love With a Man Who Dumped Me 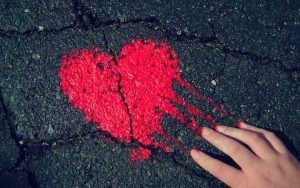 I Dreamed of Marriage, But He Suddenly Dumped Me