aaa
Q As-salamu alaikum.The family of my brother's wife is so arrogant and so proud of themselves, so much that they don’t care what my mother or anyone from my family says. Hamdulillah, my family members are so kind to others in general. But the rudeness of my sister in-law's family has led me to become rude to them as well, although I always regret my behavior towards them. I'm so worried about this matter. I don’t know what to do to control myself in those situations. All I know is that I really don’t want to be like this because that's not me. Please advise me in this regard. Thank you.

“Our behavioral ways of responding to our feelings (of anger) come from several sources. The most common of it is the imitation of our parents/caregivers and cultural group. If your family or cultural group yells when they are angry, then you will probably do that too when you are angry. However, because of our need to “submit” to Allah’s religion, we have to unlearn behaviors that we learned from our families which are not in accordance with Islam. The best way to do that is to learn what Islam is.”

I think you should continue to correct your brother’s wife’s family for their rudeness to your mother because it is wrong to be rude to mothers. The Quran says:

“And your Lord has decreed that you not worship except Him, and to parents, good treatment. Whether one or both of them reach old age [while] with you, say not to them [so much as], “uff,” and do not repel them but speak to them a noble word.” (17:23)

However, don’t be rude to them in the way that you tell them not to be rude (to your mother). That way, you will be doing the same wrong that they are doing.

Having good manners could teach your sister-in-law’s family how not to be rude. It will, in Sha’ Allah, also help you get to Jannah, and it could help them get to Jannah too, in sha’ Allah, if they learn from it and change their manners to the Islamic form of doing things.

You will also avoid returning harm from harm which is the Sunnah. One way to do this is to show the guilty parties the relevant proofs.

Now, I think you should communicate with your in-law family through your brother because his wife’s behavior and her family’s behavior, towards his mother is his issue, too. If he won’t do it, then you do it, in sha’ Allah. Show them how Islam instructs us to treat our mothers. For instance, many verses in the Quran mention kindness to mothers. (Quran 46:15/ 31:14/ 19:32)

There are also very strong proofs against pride—even the small amount of pride (as little as the weight of a mustard seed) will be punished in Hell, in sha’ Allah. (Quran 31:18/ 11:10)

Another proof that may be relevant in this case is the Islamic way of dealing with anger – that is we are not supposed to get angry. Now, this Islamic instruction is hard to understand since anger is a feeling, not a behavior, and feelings happen to us; we don’t decide what we feel (or even think). However, we can decide how we are going to respond to our feelings and thoughts.

In other words, while people do not decide what they feel, they do decide how to respond to their feelings. Thus, we can control our anger and not express it in ways that are angry. To accomplish this, we have to process our feelings before impulsively reacting/responding to them. People have different ways of doing that. Some people, men in particular, go into seclusion.

Women tend to talk to other people about the issue(s) that upset them, (or writing them out in a diary) in order to process them before they react. Then, after figuring out what is making them angry and how to deal with it in a wiser way than outbursts, they come back to the interaction and deal with it with a cool head. Then, they can deal with the cause of the anger and not have the anger itself get in the way of seeing clear to the problem/provocation.

Anger only gets in the way of processing a problem appropriately. Most times it becomes another problem in and of itself, especially if it is a violent or verbally abusive reaction. I don’t know how your sister-in-law and her family are being rude, but if they are verbally abusing your mother, it can be just as emotionally destructive as violence.

Our behavioral ways of responding to our feelings (of anger) come from several sources. The most common of it is the imitation of our parents/caregivers and cultural group. If your family or cultural group yells when they are angry, then you will probably do that too when you are angry. It is called “modeling” (familial patterns handed down through generations), or “cultural inheritance” (our cultural ways of behaving).

So, the “emotional inheritance” of the family of your brother’s wife in regard to anger is probably to express it with rudeness. It has probably been the behavior modeled in that family for generations. However, because of our need to “submit” to Allah’s religion, we have to unlearn behaviors that we learned from our families which are not in accordance with Islam. The best way to do that is to learn what Islam is.

Also, when advising others, make the information not from you—that will produce a power-struggle of egos. The info has to come from Allah’s word and Prophet Muhammad so that it is not personal and is only for helping each other get to Jannah, In Sha’ Allah.

May Allah make it easy for you. 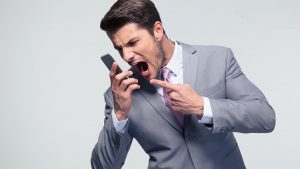 What Is Anger & How to Control It? 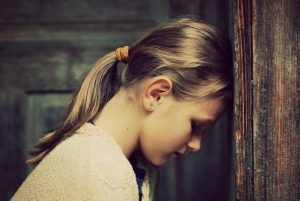 I Am Always Angry At My Mother 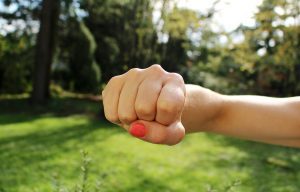 Dealing with Anger in a Marriage