I Can’t Stand My Husband’s Constant Lies
aaa
Q Salam. I have been married for 1.5 years and things are rocky in my marriage. We've had problems from the start. I was sponsoring my husband so that he can come to the USA. Once we started our lives, he's been weird.

He's not made me feel a part of his family by hiding the existence of his niece ( his sister was pregnant and I found out when the baby was born via Facebook. My husband thinks he didn't need to share that info with me).

He was lying about his mother’s hospital. He lies so much I question everything in our marriage. He hates my parents and family.

I wanted him to never feel alone, so I tried to include him but he states he's not social. If he doesn't like a thing that is said to him he stops speaking to that person altogether! Even if it's my brother or dad.

His mother curses at me and doesn't defend me at all but just listens and accepts it. I am so drained. He tells me he loves me and wants to stay in this marriage but does not make an effort at all but lies about his mother’s situation which is unacceptable.

I have to accept that I have not always been the best wife (I once asked him to leave the house and kicked him out). I seek forgiveness constantly from Allah and have changed my behavior significantly and have made sure I am calmer, less crazy and more understanding of my mistakes.

However, my husband does not realize his mistakes. He's been promising me changes, but how I can trust someone who lies to his wife about his mother’s sickness, astaghfirullah!

I'm also afraid he tells his mom about private details (not 100% sure but I have heard him telling his mother about his bathroom details while he's 33!) He keeps asking for more time that he never understands when he's wrong.

I have been so honest with him from the beginning of our marriage not even white lies (Allah knows best), but I cannot stand the lies.

Everything seems to be fake for me. To me, it seems he's seeking some sort of revenge for kicking him out. My mom and dad are very depressed because of my husband’s behavior. I have tried to speak and reason with his mom but she turns around and blames my dad for interfering which he does not do and does not accept or explain to her son to compromise.

She lies too. I have no contact with his family although I tried a lot at first and still tried until I found out they were cursing at me for no reason.

Should I stay in a marriage where he will always lie? I have no trust or faith in him. I feel sorry for him for living a life of lies that he tells himself. His mother is an egotistical self-absorbed woman and has trained my husband to only listen and take care of her rather than also his wife.

I have also made many mistakes and behaved badly earlier on in our marriage but again I realize my mistakes. I apologize to him, repent to Allah and never make the same mistake again.

• As your marriage is fairly new, I encourage you, sister, to try to save it. This should not be, however, at the cost of your happiness nor your Islamic rights as a wife and Muslimah.

• Speaking to your parents about your intentions insha’Allah to get their support should you need it. Living in a home full of lies, secrets and hateful behaviors is not acceptable.

• Ask him if he would be willing to see a marriage counselor or go to a trusted imam for marital counseling.

• Continue to seek Allah’s guidance and protection in this matter by keeping your prayers, making du’aa’ for ease and reading Qur’an for comfort and direction.

• While you are trying to resolve this one way or another, spend more time in the Masjid as well as doing fun, social things with sisters.

Thank you for writing to us concerning your marriage issues. First of all, sister, I am so sorry to hear about all you have been going through.

When we get married, we can surely expect an adjustment period as a wife and husband get to know one another.

However, we also insha’Allah expect to find in our spouse a life partner; someone who is loving, kind, merciful, and compassionate.

One who is willing to work out the little (or big) differences according to Islamic principles. Sometimes, for whatever reason though, this is not the case.

Sister, I am wondering how long you knew your husband before marriage and if you or your parents saw little warning signs then.

Sometimes, we see little things such as a potential mate may not want to talk that much with our family, or he may be secretive about things or he may not be interested in our well-being.

Sometimes, these little clues may also be covered up so that a possible future spouse or family cannot easily see a bad character or wrong intentions.

Perhaps this was the case with you, sister. I am not sure, but you are married now and must do your best to address this situation in order for you to be able to live in peace, love, and within the foundations of an Islamic marriage.

Based on what you have said, it appears that your husband may really not be interested in an Islamic marriage or maybe he is just not ready for marriage yet.

Several points you made such as lying, not wanting to speak with your family; you said he (and his mom) was cursing you and your family.

He has hatred for your family, he keeps secrets, and does not make you feel like part of the family.

He does not defend you against his mother’s harshness either. All point to issues that makes me question, why did he get married?

May Allah forgive me if I am wrong, but he seems to be very unhappy with himself.

People who treat others poorly usually have internal issues that need attention and treatment to resolve.

Additionally, as his mom appears to have the same personality and cruelness, he might have learned this pattern of behavior that was passed down through his family as he grew up.

This is another reason why it is so important to get to know the person we are planning to marry as well as their family a best as possible and in a halal way. It can save much pain and hurt in the future.

Your husband’s treatment of you is intolerable. You do not deserve to be treated this way, and you do have rights to your marriage and as a Muslim.

Allah did not create marriages for institutions of coldness and behaviors such as lying, cursing you and your family, keeping secrets, not standing in your defense, and so on.

You stated you have discussed your concerns with him but he does not change.  You stated his reply is “He keeps asking for more time …”  Time for what?

As you said you brought him to the US on a visa, does he need more time to become a citizen or get his green card?

I am wondering if perhaps that was his main goal; a US visa and citizenship and not a truly happy, Islamic marriage.

This would explain a lot of his behaviors as well as his inability to bond with you in an honest and loving way.

I may be wrong; may Allah forgive me but it is just a thought to think about.

As your marriage is fairly new, I encourage you, sister, to try to save it. This should not be, however, at the cost of your happiness nor your Islamic rights as a wife and Muslimah.

I would kindly suggest that you outline these haram issues that are of concern to you and write down the Islamic proofs which you can utilize when talking with him.

I would kindly suggest that insha’Allah you approach him one more time with your concerns and state that you seek to resolve these issues with him.

As you have done this before, I suggest that insha’Allah you ask him if he would be willing to see a marriage counselor or go to a trusted imam for marital counseling. If he refuses, you do have the option of divorce, sister.

I would kindly suggest speaking to your parents about your intentions insha’Allah to get their support should you need it. Living in a home full of lies, secrets and hateful behaviors is not acceptable.

Regarding his mom, it appears that she too is hateful. She has rejected you as a family, lies as well as she speaks ill of you and your parents. It is illustrative of her wrath and need for control, and is not the behavior of a loving Muslim seeking to please Allah.

Sister, you have stated several times your errors in the marriage and your sorrow at some of the things that you have done.

You have also apologized to him, repented to Allah and were/are truly sorry for your mistakes. We all make mistakes, sister. You, however, owned up to yours, sought Allah’s forgiveness and tried to move on with your marriage.

Your husband, it appears, has not and it seems as though he was not raised to be held accountable for his behaviors as his mom is the same way.

I would kindly suggest sister that you continue to seek Allah’s guidance and protection in this matter by keeping your prayers, making du’aa’ for ease and reading Qur’an for comfort and direction.

While you are trying to resolve this one way or another, spend more time in the Masjid as well as doing fun, social things with sisters.

This can provide you with a break from the sadness you are going through right now as well as build loving supports with your Muslim sisters.  We all need caring friends in our lives and our sisters can be a great source of strength.

Sister, insha’Allah you will think about your marriage in terms of what constitutes an Islamic marriage and what does not.

Additionally, you will insha’Allah be able to talk with your husband one more time regarding saving your marriage. If he is not willing, may Allah give you the strength to follow through with divorce, if you so choose.

You deserve to be treated with love, mercy, and kindness. If your husband will not, may Allah bless you one day with a husband who will.

We wish you the best, sister, 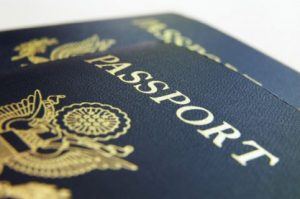 Husband Married Me for Visa 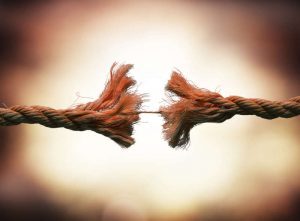 Husband Ignoring and Lying to Me, Should I Divorce? 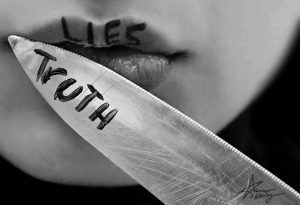 I Can’t Stop Lying to My Husband!