aaa
Q Salam dear scholars, I understand that women have special duties, but if they are taken care of or something like it, can she be the ruler of a state? I've read biographies of some Muslim women who ruled places like India and Morocco. Thanks.

Short Answer: Of course! Rulers and heads of state are selected in Islam according to who is most qualified. If that person happens to be a woman, she should be chosen! This misconception comes from a hadith which describes how the Persian empire, led then by a woman, would fail, so some have assumed this means all female leaders will fail. But many Muslim scholars see that a woman can hold any public position if she is well-qualified to.

Thank you for your good question and for contacting Ask About Islam.

In fact, I wonder why some people still imagine that Muslim women face unnecessary restrictions or discrimination in Islam.

Though women’s position in Islam is unique, unprecedented, and highly appreciated, some writers, mostly from the West, attempt to cast doubts over it.

Among the points that seem to be controversial and debatable in this regard is women’s eligibility for leadership and holding pubic positions in Muslim communities.

Men and Women: Equal, Not Identical

In fact, both women and men are equal in Islam.

Prophet Muhammad (peace be upon him) said in a hadith, “Women are men’s counterparts” (Abu Dawud, Sunan, hadith no. 236)

Also, the Quran unequivocally emphasizes that men and women are equal:

O mankind! We have created you from a male and a female, and made you into nations and tribes that you may know one another. Verily, the most honorable of you with Allah is that (believer) who has At-Taqwa. Verily, Allah is All-Knowing, All-Aware. (Quran 49: 13)

Following are some manifestations of equality between men and women in Islam:

a) Both women and men are equally addressed by religious ordinances of Shari`ah such as prayer, fasting, hajj, zakah, decency, etc.

b) Both men and women are Islamically encouraged to pursue education.

Leadership is Based on Qualifications


In Islam, eligibility for leadership is based on qualifications and skills.

So, if a woman or a man possesses the sufficient qualifications to lead his or her community, company, institution, etc., then he or she should be the leader, the manager, or the head of the office.

Therefore, qualifications and capabilities are the main requirements in choosing rulers and leaders.

The Quran confirms this principle when narrating the story of prophet’s Shu`yab’s daughter who asked her father to hire Prophet Musa owing to his distinctive capabilities (power) and noble character (trustworthiness):

One of the two women said: O my father! Hire him! For the best (man) that thou canst hire is the strong, the trustworthy. (Quran 28:26)

Context of the Hadith on Women’s Leadership

Some people misunderstand the hadith that Imam Al-Bukhari reports from Abu Bakrah that:

Allah provided me with considerable benefit during the battle of the camel with one word (or one statement).When news reached the prophet (peace be upon him) that the Persians had appointed Chosroe’s daughter as their ruler, he said: ‘A nation which placed its affairs in the hands of a woman shall never prosper!’ (Al-Bukhari, Al-Jami` as-Sahih, hadith no. 4425)

So, this hadith has a special meaning and an occasion that should be considered when interpreting and understanding its contextual connotation.

That hadith signifies that the Prophet (peace be upon him) foretold his Companions that the Persian empire would come to an end.

Some people literally interpret and rely on the above hadith to say that a woman cannot be a leader.

However, the fact is that there has never been unanimity on this matter among Muslim scholars, past and present. 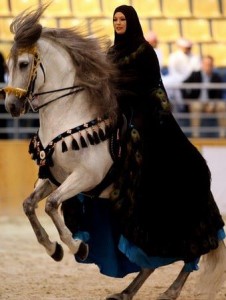 From the earliest days of Muslim scholarship, even those jurists who implicitly accepted the hadith above as containing some injunction have differed on the meaning of “placing affairs in the hands of a woman.”

Ibn Jarir Al-Tabari, as Ibn Hajar reported in his Fat-h al-Bari, does not only support the unrestricted appointment of women to judgeship, he permitted also her appointment as Head of State.

A similar view is reported from Imam Malik Ibn Anas and adopted by some Maliki jurists (although the popular view in the madhab, juristic school, is contrary to this).

Given the above, it becomes evident that a qualified woman may be elected or appointed in any leading position in the Muslim community or state.

She could be a head of a government, a university, a company, etc. A qualified woman can be a minister, an MP, a lecturer, a teacher, a doctor, community leader, etc.

The position of the Caliph, which is non-existent nowadays, is debated by scholars owing to leading people in congregational prayers and delivering Friday sermons which are peculiar to men.

However, many Muslim scholars see that a woman can hold any public position if she is well-qualified to.

What matters, then, is promoting people’s public interests and adherence to the dictates of Shari`ah.

Hopefully, my reply meets your expectations.

If Islam Empowers Women, Where Are The Female Leaders?

If Men & Women Are Equal, Why Can’t Women Lead Prayer?

Are Men One Degree Above Women?

Are Women Intellectually and Spiritually Inferior?

What Makes a Great Leader? Lessons from the Prophet

Were There Any Female Prophets According to Islam?