aaa
Q Assalamu Alaikum, my husband died and It was a sudden death. Does his soul know or see what I am doing like crying, missing him? Do I meet him after my death?

I am sorry to hear about your Husband’s sudden death; please accept our sincere condolences from all our staff at AboutIslam.

May Allah increase your reward and grant you patience and may He grant him the highest level of Paradise inshaAllah.

In Islam, we do not have any narration stating that the soul of a loved one knows and sees what they are doing.

However, souls could meet each other in dreams and in the Hereafter. So inshaAllah we ask Allah that you will be with your husband in Paradise.

A Woman Will Be With Her Husband in Paradise

If a woman marries more than one man in this world she will be with her last husband in Paradise. This is the preponderant opinion of Muslim scholars.

The evidence for this is the hadith of the Prophet Muhammad (peace be upon him) who said:

Any woman who marries again after the death of her first husband will be with her last husband. (Imam Tabrani and Ibn Asakir)

Hudaifah (may Allah be pleased with him) said:

Since a wife will be for her last husband so Allah made it forbidden to the wives of the Prophet to marry after his death.

Imam Ibn al-Qayyim was inclined to this opinion by the hadith of Umm Salamah (may Allah be pleased with her) in which she asked Prophet Muhammad (peace be upon him):

O! Prophet of Allah, a woman marries twice in this world, for whom she will be in Hereafter life after their death? The Prophet said: “She will be for the one who had the best character. Then he said: “O! Umm Salamah the good character takes both the goodness of this life and that of the Hereafter”. (Daruqutni)

After death, the soul transitions to the grave (al-Barzakh), then to the Day of Judgment, and finally to the hereafter.

We know very little about the soul, especially concerning the time period between our death and the hereafter.

Meeting The Souls of the Dead in Dreams

As for a meeting of souls of the dead with those of the living in a dream, there is proof that it is true.

Perception and the true state of affairs constitute the most reliable witnesses to the fact that souls of the dead meet those of the living just as the living souls meet one other.

It is Allah Who takes away the souls at the time of their death, and those that die not during their sleep. He keeps those (souls) for which He has ordained death and sends the rest for a term appointed. Verily, in this are signs for a people who think deeply. (Quran 39:42).

Ibn Abu Hatim in his Tafsir (commentary on Quran) reported from Abdullah Ibn Sulayman from al-Suddi who said:

Allah’s Statement (and those that die not in their sleep) means that He takes away their souls during sleep to meet the souls of the dead. And both parties consult and know one another. Then, the living soul returns to its body, and that of the dead one is put under control till the Day of Judgment. (Page 20)

In another quotation Ibn al-Qayyim said:

In a dream, perhaps the dead person may inform the living one of the latter’s actions that no one else knows about. 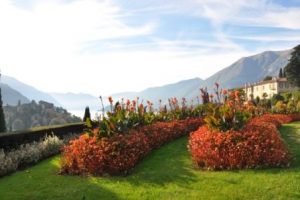 Also the dead could learn about the news of the living people and what happens to them whether or not the living is a member of their family.

This could be by the soul of the dead asking those who died after him or her.

They would answer according to what they know about the circumstances of the people they were asked about.

Abu Hurairah (may Allah be pleased with him) narrated that the Prophet (peace be upon him) said in a long Hadith regarding when the soul of the believer is taken away from their body:

… Then they (the Angels) take him to the souls of the dead believers -i.e. those who died before him/her.  I (ensure you that) they will be happier with this newly arrived soul than one of you when meeting his beloved one after a trip.  They (start) asking him/her: “What happened to such and such person…?”  Then they would say: ‘Leave him, he is still involved in the sorrows of the worldly life”.  They would ask: “Has he not come to you? They would reply: “He was taken to his abyss, the Hellfire.” (Al-Nasaa’i and Al-Haakim)

Souls Meet After Death in Paradise

So souls do meet after death provided that they are both destined to the same place; either Paradise or Hellfire, may Allah grant us Paradise and protect us from the Hellfire.

Generally speaking, the life of al-Barzakh is a matter of the unseen (al-Ghaib), and we have to believe that what is recorded in the Quran and Sunnah is sufficient as proof.

What Happens In The Grave?

Reuniting With Your Loved Ones After Death

How to Cope with Husband’s Sudden Death?

May I Pray for the Deceased Man I Loved?

Seeing My Ex in My Dreams; What Does It Mean?

He Died Right in Front of Me