aaa
Q Hi Muslims. I read that you believe in the resurrection and the Hereafter. I am wondering about the benefits of such belief?

Short Answer:  This belief is the greatest motivation for humans to do good in this world. When we know that we cannot escape the natural consequences of our actions, and we have to necessarily face our God on the Judgment Day and answer for all our actions, we are bound to strive our utmost to lead a life of goodness.

Of the fundamental creeds of Islam known as the Pillars of Faith, the following three are the most significant:

1. “Tawheed” (the Oneness of God): This signifies the belief in Allah as the One God, the Creator, the Sustainer, and the Sovereign Law-Giver of the universe.

2. “Risalah” (Divine guidance): This is the belief in the guidance of God sent down through His prophets and embodied in the revealed Books of God.

3. “Akhirah” (the Hereafter): This is the belief in the resurrection of the dead on the Last Day to be followed by Divine judgment, whereby one’s rightful place in the Hereafter is determined.

Of the above creeds, your question is about the third one concerning resurrection and the Hereafter:

Muslims believe that a human is a combination of body and soul, and at the time of death, a person’s soul is separated from his or her body.

When the body is buried, it decomposes and becomes one with the dust. The soul, on the other hand, continues to live, but it is passive in a state of sleep until it is resurrected with the body on the Day of Judgment.

The Day of Judgment is the occasion when all the souls of all the persons who lived here are resurrected with their bodies and are gathered together for Judgment.

God in the noble Quran says what means:

{As to those who believe and work righteous deeds, they have, for their entertainment, the Gardens of Paradise} (Al-Kahf 18:107)

{And for those who reject Paith and deny our signs, there will be a humiliating Punishment.} (Al-Hajj 22:57)

These verses mean that on the Day of Judgment, every soul will be given what it has earned.

That is to say, all persons, irrespective of their background or upbringing, will have their reward with their Lord, on the condition that they believe in God and the Last Day and lead a life of virtue.

And similarly, those who deliberately reject faith in God and the signs of God, will have to face a humiliating punishment in Hell. 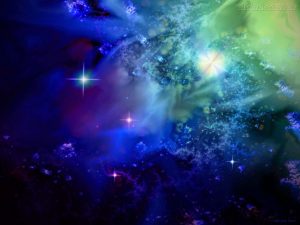 God in the noble Quran says what means:

{For [thus it is:] the blind and the seeing are not equal; nor are the depths of darkness and the light. Nor the [cooling] shade and the scorching heat: and neither are equal the living and the dead [of heart]…} (Fatir 35:19-22)

And certainly those who see the truth in the guidance of God are not equal to those who deliberately close their eyes to it.

Are those who exploit and oppress God’s righteous servants equal to those who strive and sacrifice in His Way?

If God is indifferent to the beliefs and actions of both the good and the bad alike, where is His justice?

That is quite in the interest of Divine justice as well as of the natural justice we usually swear by.

If we think about it, we can see that the belief in resurrection and the Hereafter is the natural corollary of the belief in the temporary nature of this world.

Human life on this planet is short, and willingly or unwillingly we have to bid farewell to this world, no matter how attractive it may seem.

Everyone, whether possessing the talents of Shakespeare or Newton, will have to digest the idea that he or she will not be in this world to appreciate the fruits of their efforts after death.

If death is the end of existence, all the great achievements people have gained in this world disappear like footprints on sand, as far as those people concerned.

They will not be able to have the satisfaction that their work is being appreciated by later generations, if such is the case. And even then, how long will the world last to remember the contributions of the great?

And what about the terrible crimes and acts of injustice some humans commit?

If people are able to elude the legal machinery of the world, there is no way the culprits can be brought to book. And then what happens to all our ideals of justice?

Death acquits all the criminals. When such is the case, justice would be a delusion and a mockery, a mere myth. And the life of this world would at best be a ludicrous farce or an idle play.

As Muslims who believe in Allah, with whom is the perfection of justice, we cannot accept the idea that that we will never be held accountable for our deeds.

The foregoing means that it is with good reason and firm conviction that we declare that all our actions and the motives behind them are subject to the perfect justice of God.

You ask: “what are the benefits of the belief in resurrection and the hereafter?”

First and foremost, this belief is the greatest motivation and incentive for humans to do good in this world.

When we know that we cannot escape the natural consequences of our actions, and we have to necessarily face our God on the Judgment Day and answer for all our actions, we are bound to strive our utmost to lead a life of goodness. 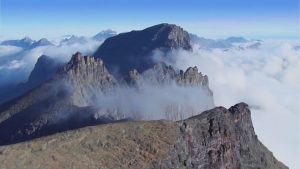 And what is more, on Judgment Day those of us who led a good life get immense rewards in the Hereafter. Only those who believe in the Hereafter are entitled to get this reward.

This is because our actions are always judged on the basis of the intentions behind them. And naturally people who reject the very idea of the Hereafter do not get the rewards of the Hereafter.

The foregoing, hopefully gives a good idea of the benefits we humans can derive from the belief in Resurrection and the Hereafter.

I hope this answers your question. Please, keep in touch.

What is the Purpose of the Hereafter According to Islam?

So Much Emphasis on the Hereafter; What About Now?

Is There Life After Death?

What Is the Purpose of Life According to the Quran?

7 Are Safe on the Day of Judgment – Are You One of Them?