aaa
Q Where does Islam stand on extraterrestrial life forms? Does Islam say they exist?

Short Answer:  Some of our scholars of the Quran permit the belief in the existence of life on other planets or anywhere other than the earth according to one’s judgment.

Before we speak about the Islamic view on extraterrestrial life forms, we need to be clear about what they are.

They are not creatures like angels, whose existence is a matter of faith for Muslims as well as for some other religious people.

If they indeed exist, extraterrestrial (literally, “outside earth”) beings have a material existence in the world of space and time on some planets other than the earth.

Such beings may be simple one-celled creatures similar to bacteria, but most people commonly use the term extraterrestrial to mean intelligent life on other planets.

From a scientific point of view, there are a few important points we should not lose sight of when discussing life forms.

Life requires complex and subtle chemical reactions for it to come into being as well as to exist. And such reactions require a liquid medium to facilitate them.

But we should know that liquids cannot exist isolated in space or on bodies without gaseous pressure pressing down on a solid surface.

Now of all the known objects in our solar system, only the earth is definitely known to have the conditions needed for liquid to exist under the prevailing conditions.

It is also possible that Jupiter’s moons Europa and Ganymede as well as Saturn’s moon Titan may have liquid on or below the surface.

So there is a distant possibility that they may have some life forms existing there.

And we know that of all liquids, it is water that actually does have some very special properties that are crucial to the formation of life.

Possibilities in the Quran

In this context, it is well worth remembering how the Noble Quran teaches us of the connection between water and life:

Do not the unbelievers see that the heavens and the earth were joined together (as one unit of creation), before We cleaved them asunder? We made from water every living thing. Will they not then believe? (Quran 21:30)

Today, scientists tell us that life began in the sea when simple molecules bonded together and became self-replicating.

And Allah said He created all life from water and raised a protective canopy over the Earth. Allah knows best, and all we can do is to study, to research, and to reflect.

There are verses in the Quran that apparently favor the belief in the existence of such creatures, though we cannot find any particular verse explicitly stating their existence.

For example, the very phrase “rabbul `aalameen” (meaning “the Lord of the worlds”) as a description of God points to the possibility of the existence of beings in many worlds.

We read in the Quran several verses where God’s creatures of various kinds are mentioned:

Among His signs is the creation of the heavens and the earth, and the living creatures that He has scattered through them: and He has power to gather them together when He wills. (Quran 42:29)

Based on the above verse, among others, some of our scholars of the Quran permit the belief in the existence of life on other planets or anywhere other than the earth according to one’s judgment.

Note the expression in the above verse “living creatures He has scattered through them.” There is a reference here to creatures on planets other than earth. 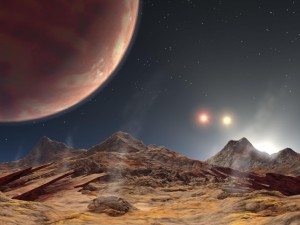 The word used for “living creatures” is dabbah and according to the famous Quran translator Muhammad Asad:

The word dabbah denotes any sentient, corporeal being capable of spontaneous movement; it is contrasted here with the non-corporeal, spiritual beings designated as angels. (Asad, Muhammad. The Message of the Quran. England: Book Foundation, 2003, 449)

It is reasonable to suppose that Life in some form or another is scattered through some of the millions of heavenly bodies scattered through space.” (Ali, Abdullah Yusuf, The Quran: Text, Translation and Commentary, Ad-Dar Al-`Arabiah, Beirut, 1938, 1314).

So one day, if scientists come forward with solid proof for the existence of extraterrestrial beings, it should not be a surprise for Muslims.

Aliens and UFOs have provided great scope for the kind of fiction that appeals to people’s imagination while drawing heavily on their increasing interest in the wonders of science and technology.

Particularly in the United States, there is fertile ground for all kinds of “fashionable” myths to be advanced and propagated.

Think of the number of psychics, clairvoyants, spiritualist mediums, and other self-proclaimed experts who flourish there on the “educated ignorance” of the gullible public.

People in the East, who have almost forgotten all these superstitions, are led to believe by the media that these are part of the postmodern lifestyle now renovated and closely followed by a glamorous West.

People in the East tend to swallow almost anything spewed out by the American visual media, falling easy prey to such beliefs. 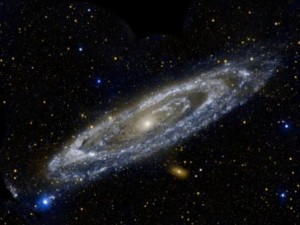 From the Islamic point of view, it is all left to science, as the Quran clearly and categorically supports all kinds of honest scientific investigations.

Islam encourages humankind to explore the universe, as this helps to lead to deeper faith in the Almighty Creator.

Scientifically, no conclusive proof has been discovered so far of the existence of life on other planets or in other galaxies.

But the universe is such an enormous entity that we cannot discount the possibility of life existing, as on earth, in some remote planet in one of the millions of galaxies.

This is the sound scientific stand towards everything that is yet to be known conclusively.

We do not know all the secrets of the universe, nor can we know them.

And finally, this issue of the existence of extraterrestrials is not related to our fundamental faith, and a belief or disbelief with regard to them need not trouble us overmuch.

Can Heavens Have Solutions for Earth’s Problems?